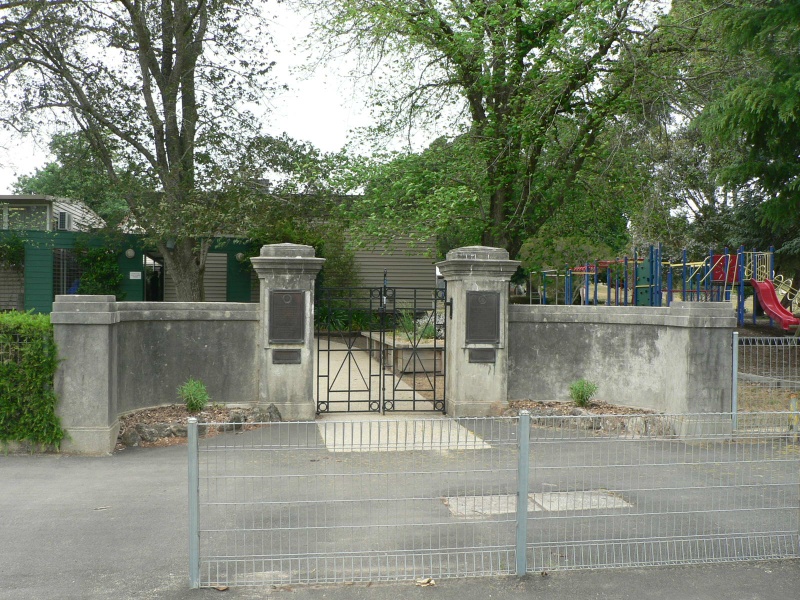 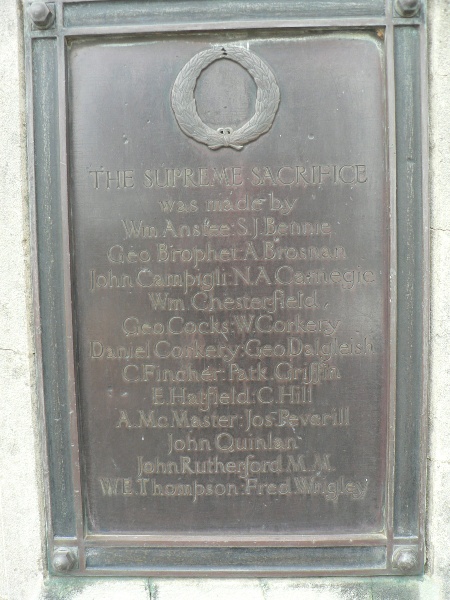 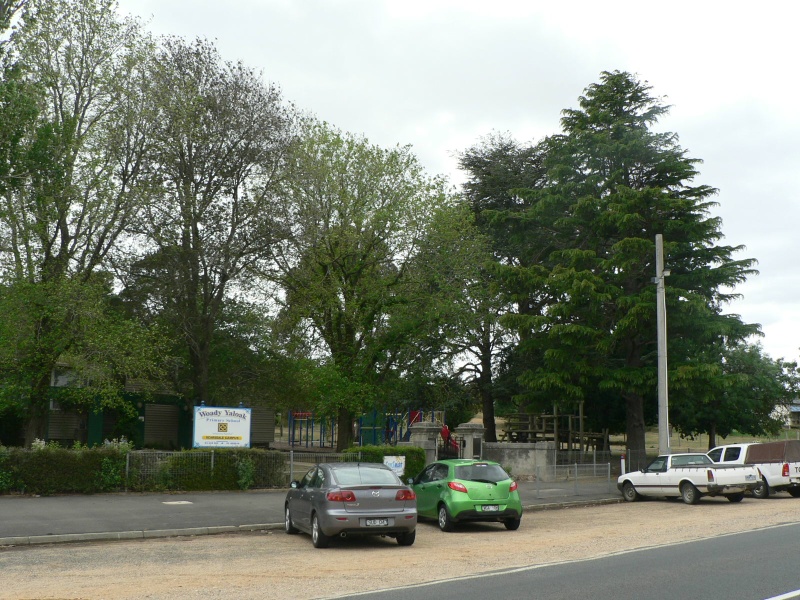 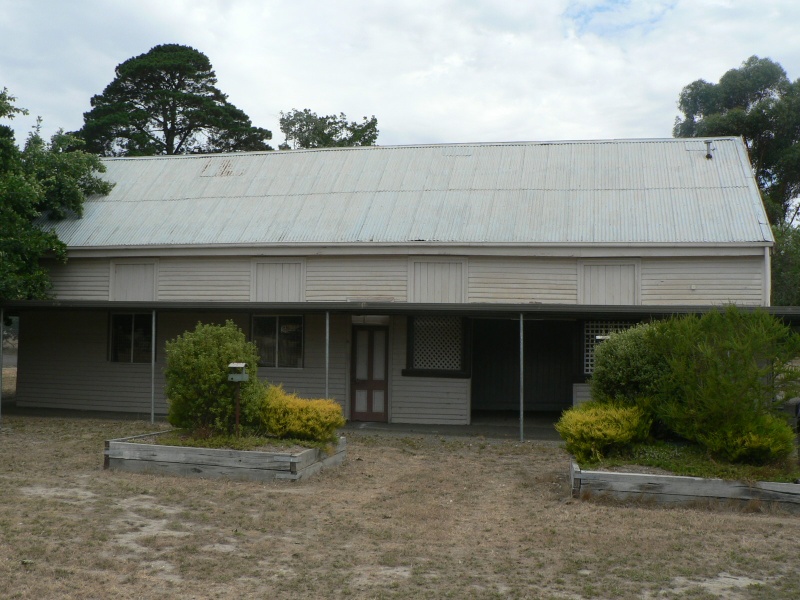 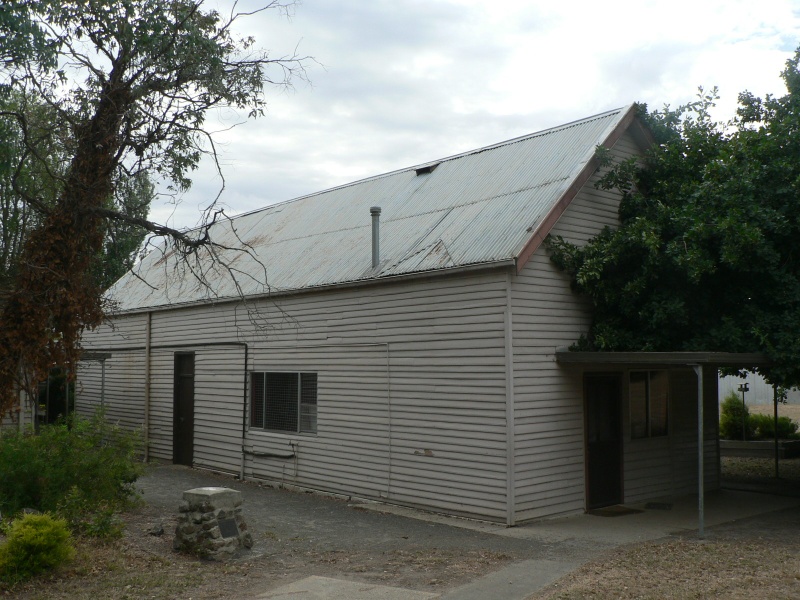 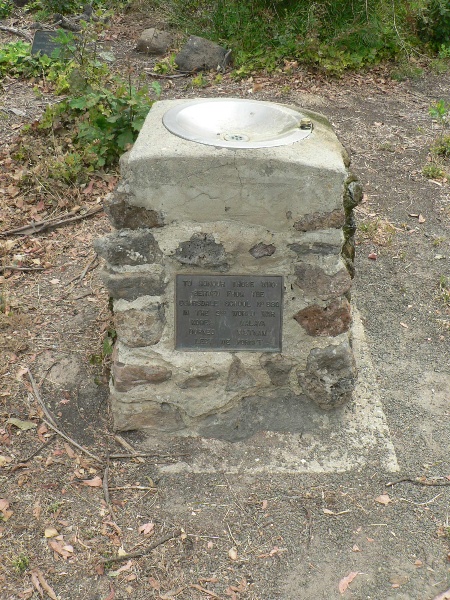 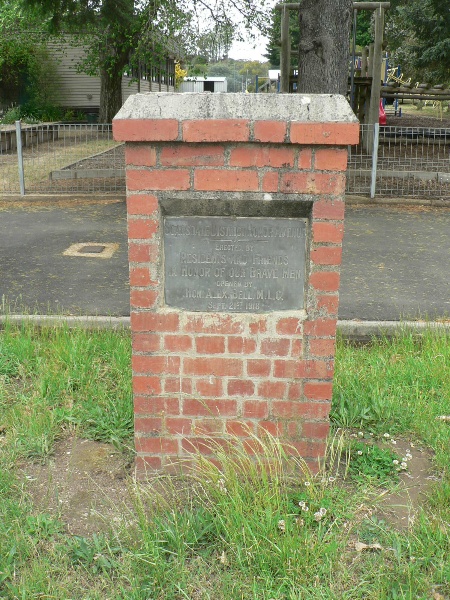 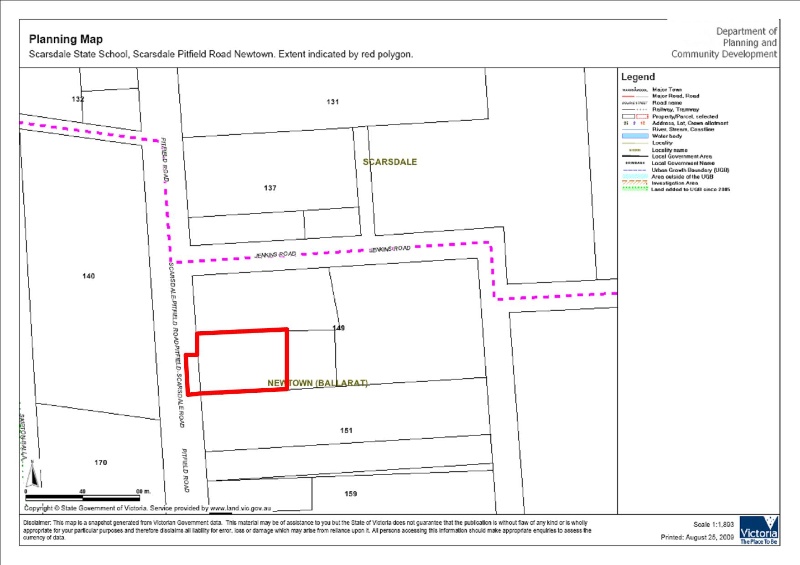 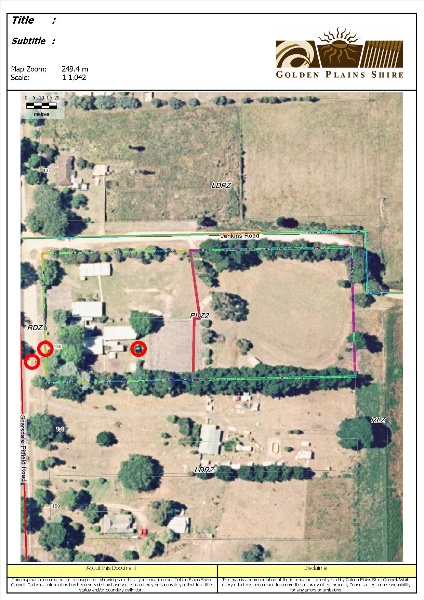 In August 1869, a site was proclaimed for a Common School to be established between the settlements of the Scarsdale and Newtown, addressing the Pitfield Road. This school was to replace several private and denomination schools, operating on Browne's Diggins (now Scarsdale) in the 1850s. Although it was the initial gold rush to Browne's Diggings which established the town of Scarsdale in 1855, the consolidation of later finds towards the south triggered the extension of the town towards Pitfield and development of the settlement of Newtown. After much fund raising and public rallying, the Scarsdale Common School No. 980 openedon 30 January 1871 with Mr. John Lamont as head teacher and a recorded attendance of 542 pupils. The timber building was of standard design for a large rural school, featuring a central classroom with two projecting wings. The school remained the focus of community life into the turn of the century, with the inaugural 'Scarsdale Old Boys Reunion' taking place on 6 September 1906. The success of this event inspired further reunions and the Old Boys and Girls association continued to meet annually into the mid twentieth century. In 1919, the timber common school building was demolished and replaced by a new state school complex in 1920. Following World WarOne the school became an important site for community reflection and in 1918 an avenue of honour was established along the Scarsdale-Pitfield Road. A memorial plaque was erected outside the school to honour those who had fought and died in World War One. Later, in October 1922, the Old Boys and Girls association unveiled a set of elaborate memorial gates at the front of the school, commemorating the supreme sacrifice made by past student of the Scarsdale State School in World War One. A small memorial drinking fountain is also located in the school grounds. Today, a complex of modern classrooms, which are not considered to be of cultural significance, occupies the site of the former 1869 common school and later the 1920s state school. A large rectangular weatherboard schoolroom, located at the rear of the complex, survives from the late nineteenth century. The school grounds include many mature trees, both native and exotic, but of significance are the stand of Ulmus procera (English Elm), Cedrus deodara (Deodar Cedar) and Cedrus atlantica forma Glauca (Blue Atlantic Cedar) at the front of the school. The school is now a campus of the larger Woady Yaloak Primary School group, which includes the Snake Valley, Smythesdale and Ross Creek schools.

The site of the Scarsdale State School, including the Scarsdale Old Boys memorial gates, the 1918 avenue of honor memorial plaque is of historical and social significance to the twin townships of Scarsdale-Newtown and the Golden Plains Shire.

The former Scarsdale State School is of historical significance as a surviving example of a large rural school, established under the Common School system in 1870. Although only one buildings and a stand of exotic trees survive from this period, the site is an enduring example of a school established to provide education to the children of the Woady Yaloak diggings.

The Old Boys and Girls memorial gates and 1918 memorial plaque and the memorial drinking fountain have historical significance for demonstrating the commitment of the Scarsdale and Newtown communities in commemorating, at a local level, some of the most important events in the national history of Australia. The memorials are especially significant as a tribute to the roles of those from the local community who served and died in the great wars.

The Scarsdale School site is of social significance as the permanent site for the provision of free and secular education under the innovative Victorian Education Act 1872. The surviving timber building and stand of mature exotic trees provide a tangible link that illustrates the collective aspirations of local residence to lobby for its establishment.

The memorial gates and 1918 memorial plaque and memorial fountain have social significance as the focus of community commemoration and reflection, as well as illustrating the commitment of the Scarsdale Old Boy and Girls association in honoring the achievements of past students.