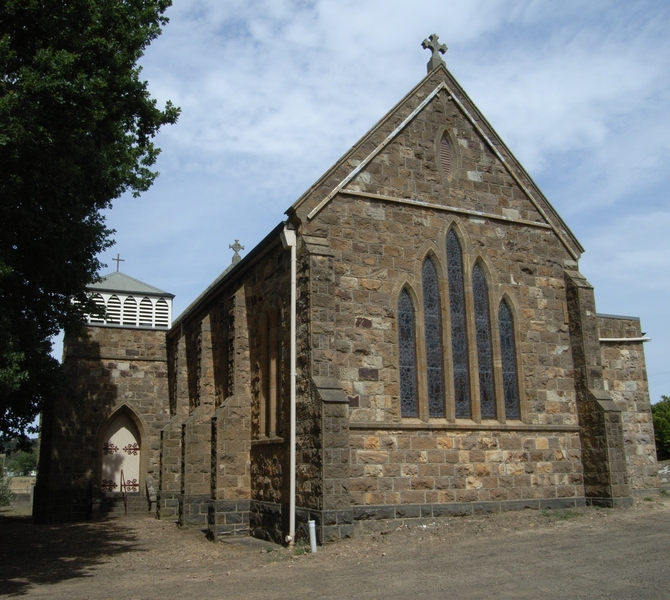 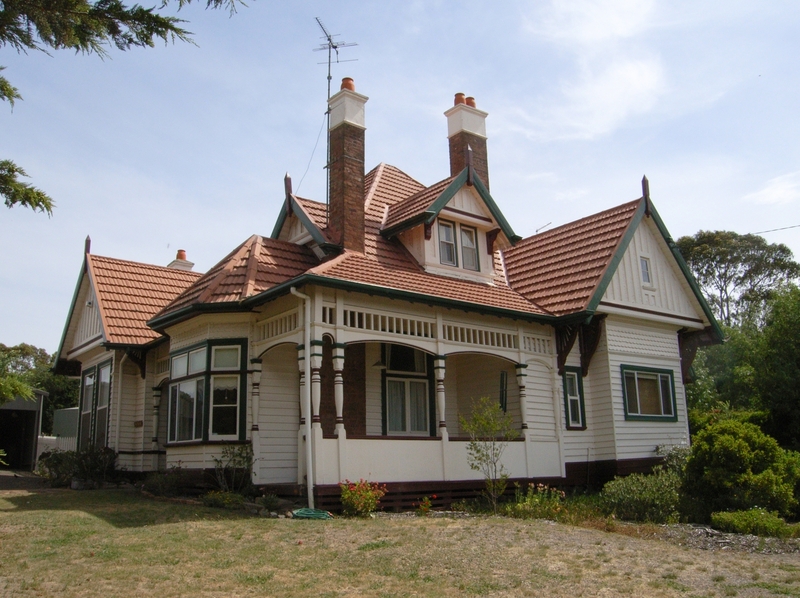 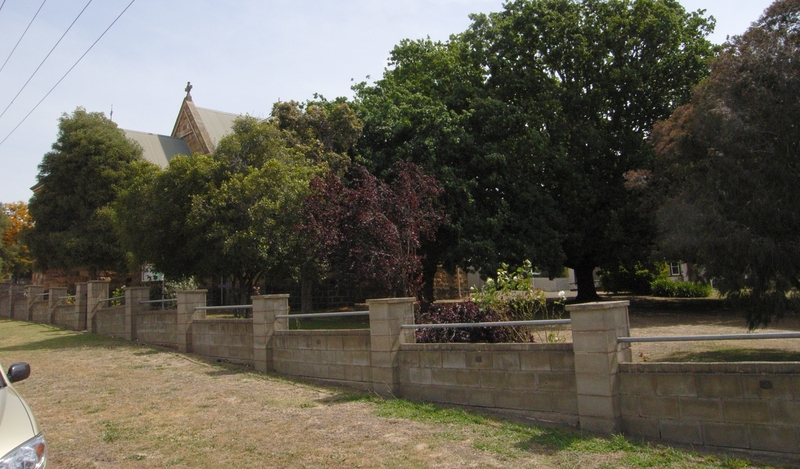 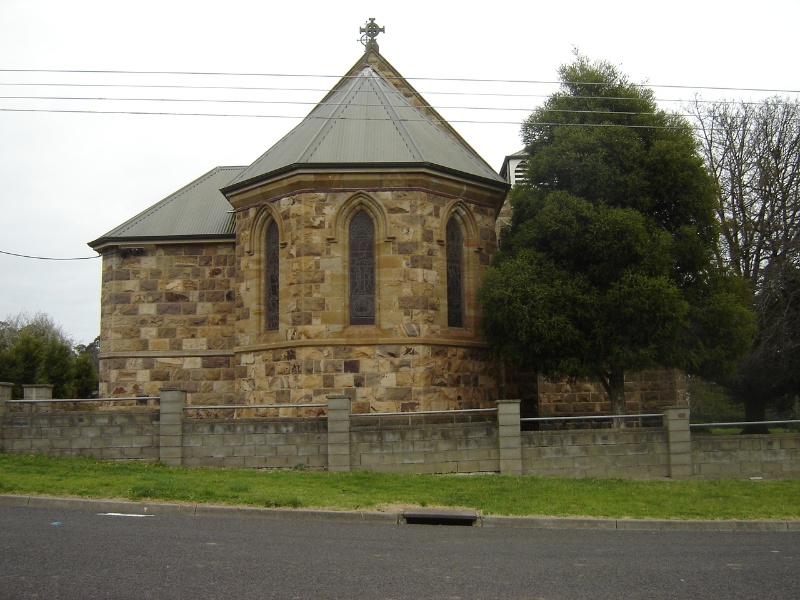 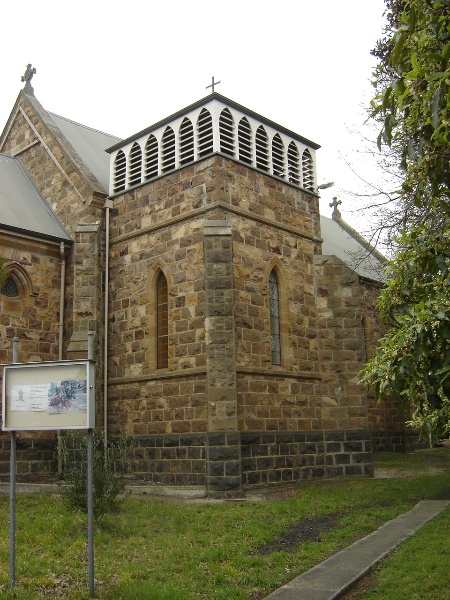 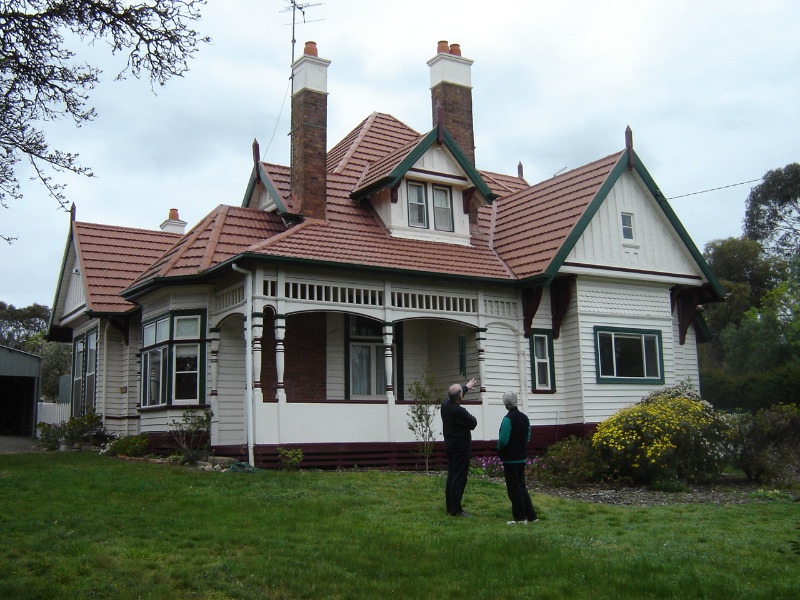 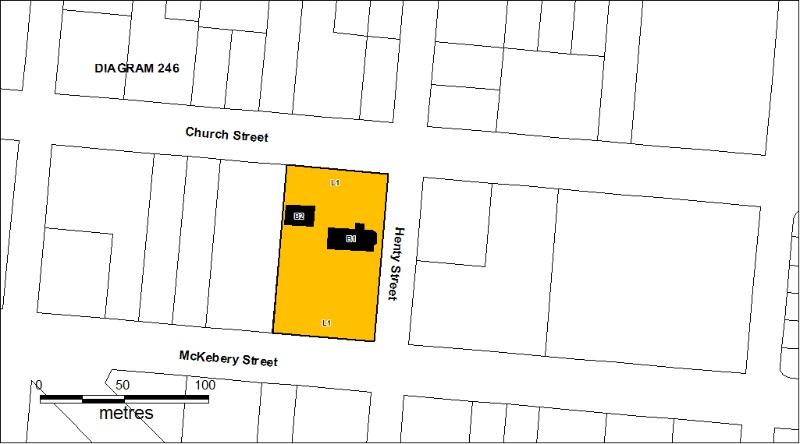 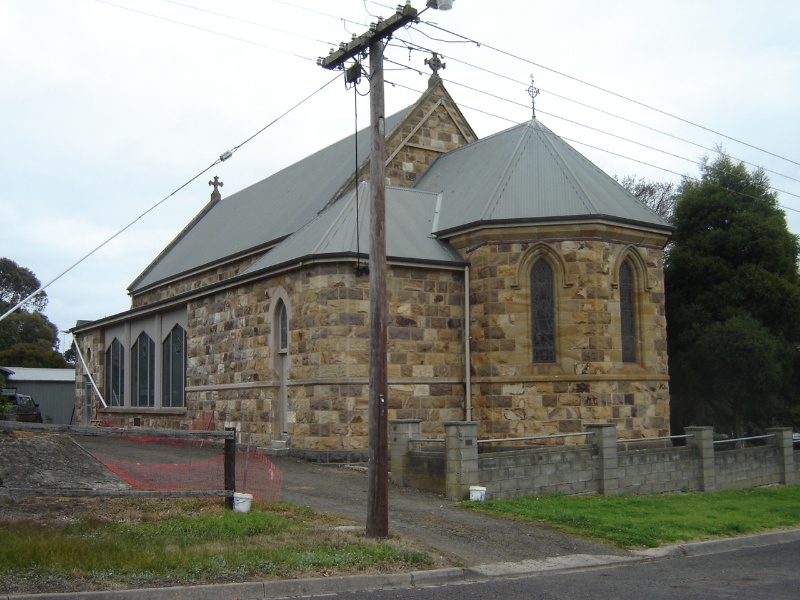 The foundation stone for Holy Trinity Church, Coleraine was laid on 8 February 1865 by the Rev. Dr Francis Thomas Cusack Russell and the first service held on 4 November 1866. In 1850 the Irish-born Rev. Dr Russell was sent by the Bishop of Melbourne to the District of Wannon, a large area stretching from Hamilton to the South Australian border extending to Heywood in the south and Chetwynd to the north. He was the first Anglican minister to be stationed so far inland and was responsible for establishing churches in Casterton, Merino, Henty, Digby, Branxholme, Hamilton and Coleraine. A parsonage was built at Wannon with donations from pastoralists including his friend and supporter Samuel Pratt Winter.

Built to a design by Hamilton architect James Henry Fox, the church is in the Gothic Revival style with a nave of four bays, a south aisle added later and subsequently altered, a vestry and a polygonal apse used as a chancel. The building's foundations are bluestone and the walls constructed of the local freestone with mouldings, quoins and other architectural details in dressed sandstone quarried from Tahara. The chancel was built in 1877 as a memorial to Rev. Dr Russell and in 1887 the height of the tower was extended and a set of eight carillon bells installed from John Warner & Sons London.

The west wall includes five simple lancet windows with early stained glass and a ventilator above shaped as a nimbus with timber louvres. The windows were donated by Samuel Pratt Winter in memory of his cousin Benjamin who had died at Murndal in 1844. The three windows in the chancel The Nativity, The Crucifixion and The Resurrection were a memorial to Rev. Dr Russell donated by local merchant George Trangmarand manufactured by Melbourne firm Ferguson & Urie. The symbolic oriel windows were by Ferguson & Urie. The brass lectern, installed in the church in 1879, was presented by Samuel Pratt Winter as a memorial to Rev. Dr Russell. Designed and engraved by the Rev Roland Herbert Cooke of Yorkshire, brother of Cecil Pybus Cooke, it features carvings of prophets and evangelists and is decorated with large agates from Bombay, bluestones from Switzerland and Derbyshire spa purple stones. The organ by Meadway & Slatterie of Melbourne was installed in 1921.

The timber, two storey vicarage was designed in the Federation Queen Anne style by the Melbourne firm of architects Ussher & Kemp and completed in January 1902 on land donated by a parishioner. It features steeply pitched rough cast and half timbered gables, dormer windows and tall chimneys. Originally the house was to have a galvanised iron roof but Samuel Winter Cooke paid for a terracotta tile roof. A marble mantelpiece from Rev. Dr Russell's Wannon parsonage was installed in the front sitting room.

Holy Trinity Church Complex, Coleraine is of historical and aesthetic significance to the State of Victoria.

Holy Trinity Church complex is of historical significance for its associations with the Rev Dr Francis Thomas Cusack Russell (1823-1876), a significant figure in Anglican Church history in Victoria, known as the Apostle of the Western District, and a pioneer in the establishment of the Anglican ministry in a remote corner of Victoria. The complex also has historical significance for its associations with important early settlers such as the Winter Cooke family. The church, vicarage, objects, fixtures and furnishings, many of which were donated by the Winter Cooke family and other parishioners, reflect the tradition of wealth and patronage of pastoralists and the strong links between landowners, community and church.

Holy Trinity Church is of aesthetic significance for its collection of stained glass including the five-light window in the west wall, an outstanding example of early stained glass, possibly the work of John Hardman & Co. of Birmingham, and also including one of the best examples of Ferguson & Urie's work, The Resurrection , located in the chancel. The lectern is also a significant example of ecclesiastical furniture demonstrating fine design skills and craftsmanship.
Show more
Show less
All information on this page is maintained by Heritage Victoria. Click below for their website and contact details.

The three windows in the chancel were made by the Ferguson & Urie stained glass company of North Melbourne in 1877. They depict the Nativity, Crucifixion and Resurrection and were donated by the western district colonist George Trangmar in memory of the Reverend Francis Cusack Russell. See: http://wp.me/p28nLD-17p