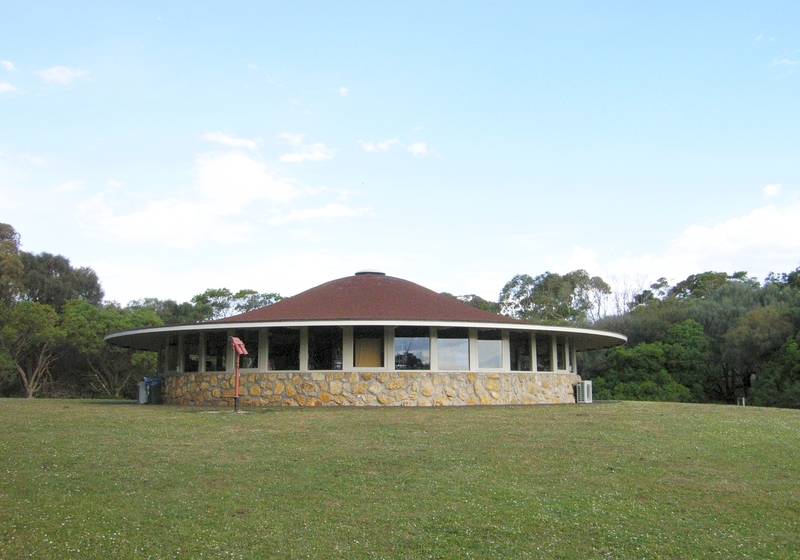 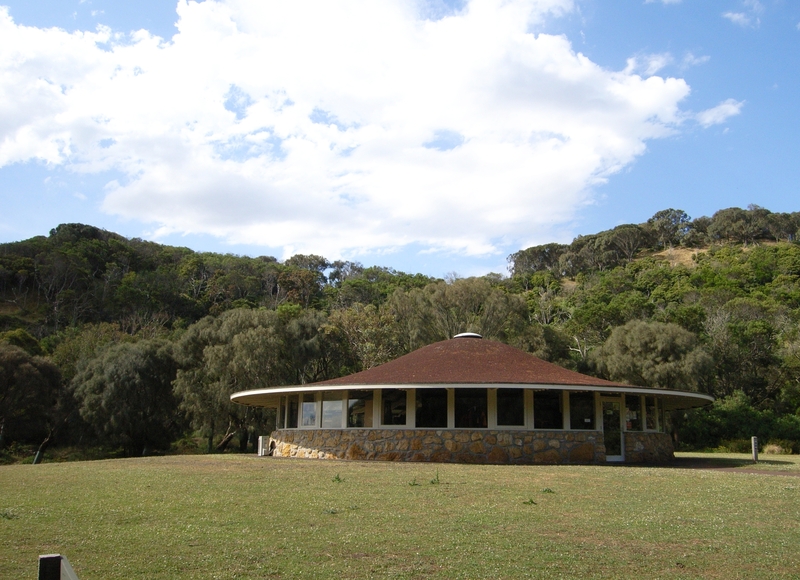 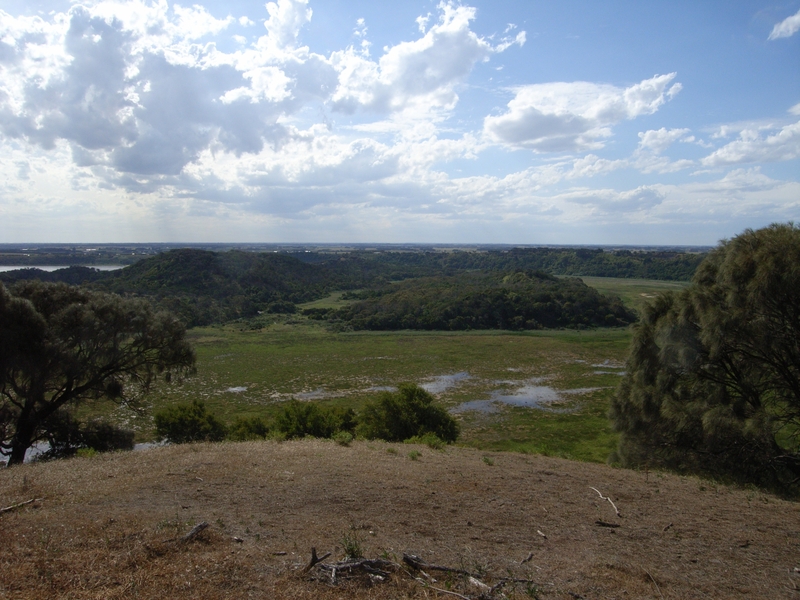 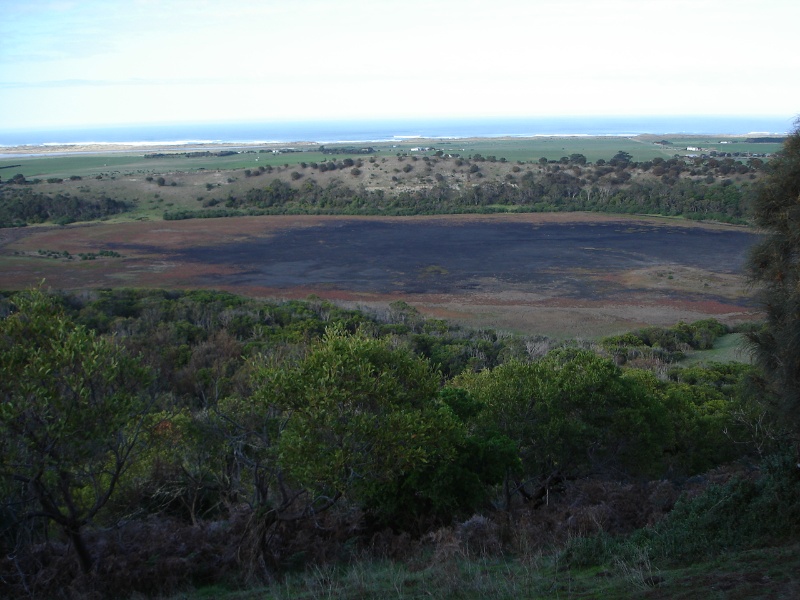 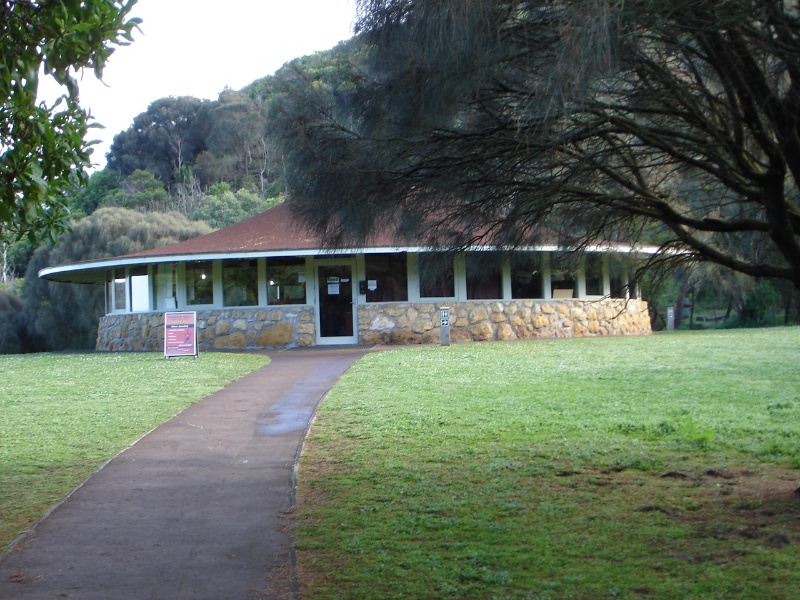 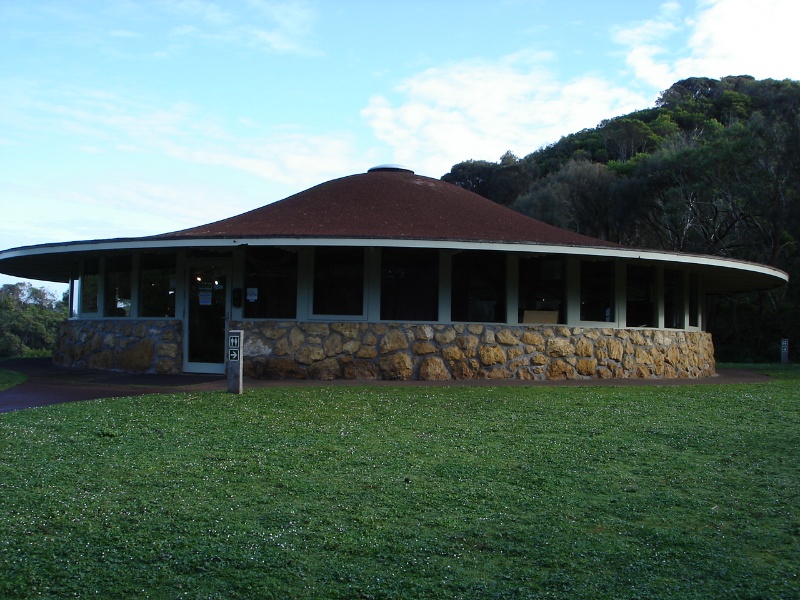 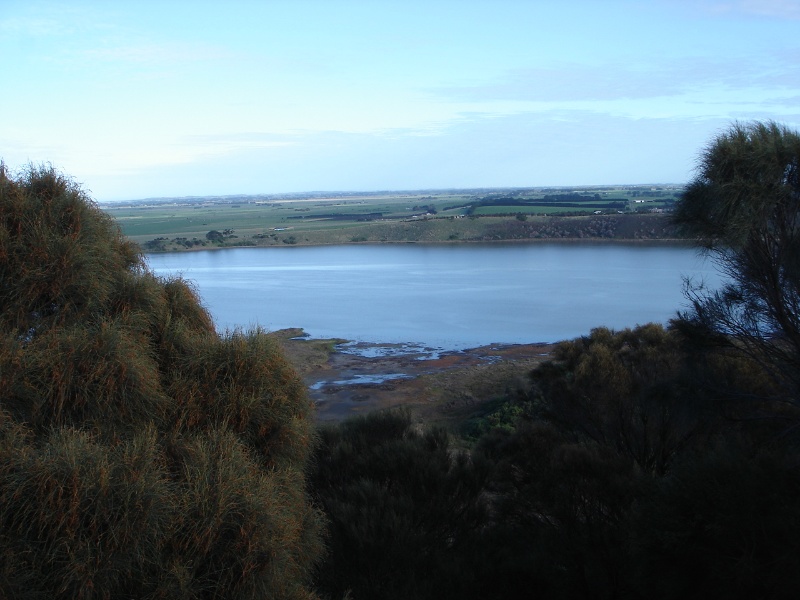 The Tower Hill State Game Reserve is an area of approximately 6.2 sq km, 3 km inland from the coast between Warrnambool and Port Fairy managed by Parks Victoria since 1997. The Reserve consists of a volcanic crater of nested maar type bounded by the encircling crater rim that forms a highly visible landmark in the surrounding plain. The crater, filled by a lake and series of islands, themselves volcanic cones, was formed at least 30,000 years ago when a hot rising basaltic magma came into contact with the subterranean water table. The violent explosion that followed created the funnel-shaped crater (later filled by a lake) and the islands. Artefacts found in the volcanic ash layers show that Aboriginal people were living in the area at the time of the eruption. The Warrnambool area was a rich source of foods for the Koroitgundidj people, whose descendants retain special links with this country.

The first confirmed European sighting of Tower Hill crater was by French explorers sailing with Captain Baudin aboard the Geographe in 1802 who named the crater 'Peak of Reconnaissance'. Throughout the 19th century sailors used Tower Hill as a landmark for entering the harbours of Port Fairy (Belfast) and Warrnambool. The name Tower Hill came into common usage in the 1840s. The crater formation, noted by early European settlers for the beauty of its vegetation was memorialised in the landscape painting of Eugene von Guerard in 1855.

By the late 1850s substantial amounts of forest had been cleared in and around the crater. In 1866 when the crater and inner rim were temporarily reserved for public recreation, the Acclimatisation Society of Victoria was appointed the Committee of Management (1866-1869). The Society had formed in 1861 with the aim of introducing exotic plants and animals to suitable parts of the colony and accordingly introduced goats, pheasants and rabbits to Tower Hill. In 1873 the area was permanently reserved for public purposes and in 1892 in an attempt to halt the environmental damage to the crater Tower Hill Reserve became the first National Park to be declared in Victoria. It remained under the control of Koroit Council which permitted clearing of native vegetation, grazing and the quarrying of scoria to continue. By the 1930s the landscape was bare and little wildlife remained.

In the mid-20th century lobbying by the local community concerned about environmental degradation at Tower Hill along with general recognition of the declining numbers of game birds in Victoria led to the crater being declared a State Game Reserve in 1961, one of a number established across the State at this time as wildlife refuges. The contained nature of the crater site meant it could be readily adapted to a scientifically designed habitat management program.

In 1962 Robin Boyd was commissioned to design a Natural History Centre on the main island at Tower Hill, completed in 1969. This early example of an interpretive centre was to provide the public with information about the restoration of the Tower Hill environment and the wildlife and habitats of the State's Reserves and to be a centre of study for wildlife management. Boyd, a hero of the conservation movement, designed a simple stone circular structure with sloping roof mirroring the volcanic island hilltops, sitting in harmony with the landscape. The circular glazed pavilion is a timber construction with a cill height stone skirt and wide eaves. At the centre of the open internal space is a central hollow stone column which supports the roof and is crowned by a skylight reminiscent of the core of the volcano that gave rise to the landscape. Laminated timber rafters, arranged radially, span from the hollow stone core to the outer ring of window and project to form deep eaves.

As early as 1958 local community groups established experimental plots of native trees at Tower Hill. Following designation as a State Game Reserve serious efforts began to replicate the original vegetation using von Guerard's (1855) painting as a guide to replanting using botanists to identify the plant species. By 1981 school children,, naturalists and other volunteers had planted 250 000 trees and shrubs at Tower Hill and removed non-native species and weeds and feral animals. Native animal species including koalas, wombats, emus and echidnas have also been successfully reintroduced to Tower Hill through reinstatement of habitat. The replanting program was the first of its kind in Victoria and provided a model for the national Landcare movement, established in Victoria in the 1980s.

Tower Hill State Game Reserve is of aesthetic, historic, scientific, social and architectural significance to the State of Victoria

Tower Hill State Game Reserve is of aesthetic significance, being an inspirational landscape, recognised for the beauty and uniqueness of its geological form and natural vegetation from first European exploration and settlement of the region.

Tower Hill State Game Reserve is a cultural landscape of historical significance in reflecting more than a century of changing attitudes to landscape in its evolving status and the character of its environment.

Tower Hill State Game Reserve is of historical significance as an iconic and inspirational landscape, noted for its geological form and the beauty of its natural vegetation from first European exploration and settlement of the region, memorialised in Eugene von Guerard's 1855 painting of Tower Hill crater and island. It was this iconic beauty that environmentalists sought to reinstate through their replanting of native vegetation, the species having initially been identified initially from the detail of von Guerard's painting.

Tower Hill State Game Reserve is of historical significance as the earliest and an outstanding example of community programs to reinstate native vegetation and re-create native habitat on cleared and degraded land. Skills developed in the course of this work, and subsequently applied in other parts of the country include an understanding of the importance of using species indigenous to the local area, requirements for re-introduction of native fauna, and awareness of the need for re-establishment of understorey species.

Tower Hill State Game Reserve is of social significance for the ongoing role of the local community and community groups in the reinstatement of natural habitats in the Reserve.

Tower Hill State Game Reserve is of scientific (geological) significance as an example of a nested maar, a specific type of volcanic crater that formed at least 30 000 years ago when hot rising basaltic magma came into contact with the subterranean water table resulting in a series of phreatic explosions that created the funnel-shaped crater (later filled by a lake) coupled with late stage scoria cone development of the islands seen today.

Tower Hill State Game Reserve is of architectural significance for the innovative design of the Natural History Centre now known as the Worn Gundidj Visitor Centre, designed by Robin Boyd in 1962 and completed in 1969. The circular design of the Centre, reminiscent of the surrounding volcanic landscape, is said to have provided the inspiration for the Bangerang Cultural Centre, Shepparton (H1802), designed by Frederick Romberg in 1979, possibly in homage to his late partner, Robin Boyd.