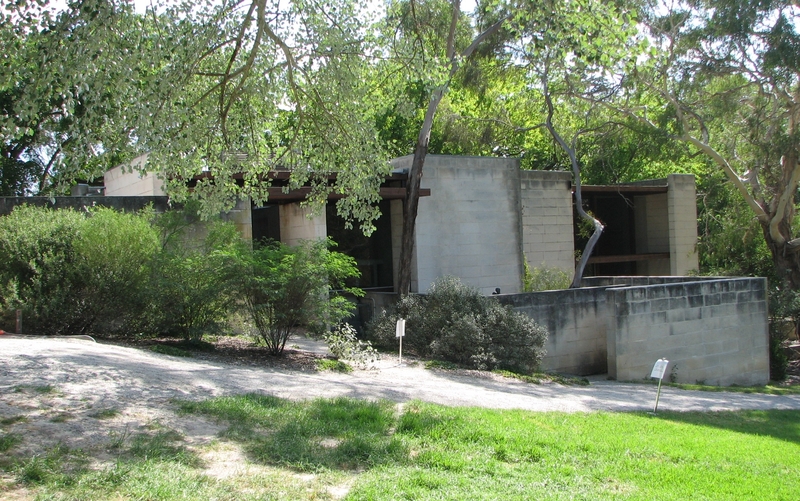 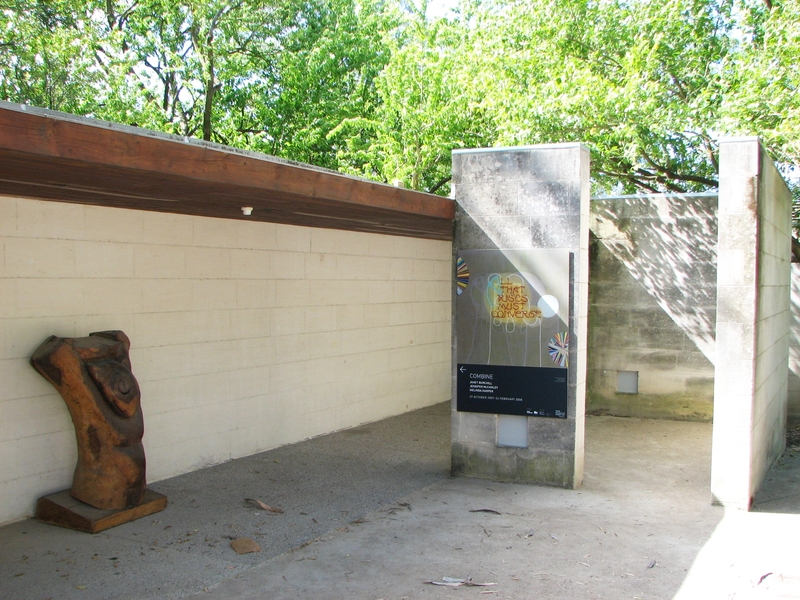 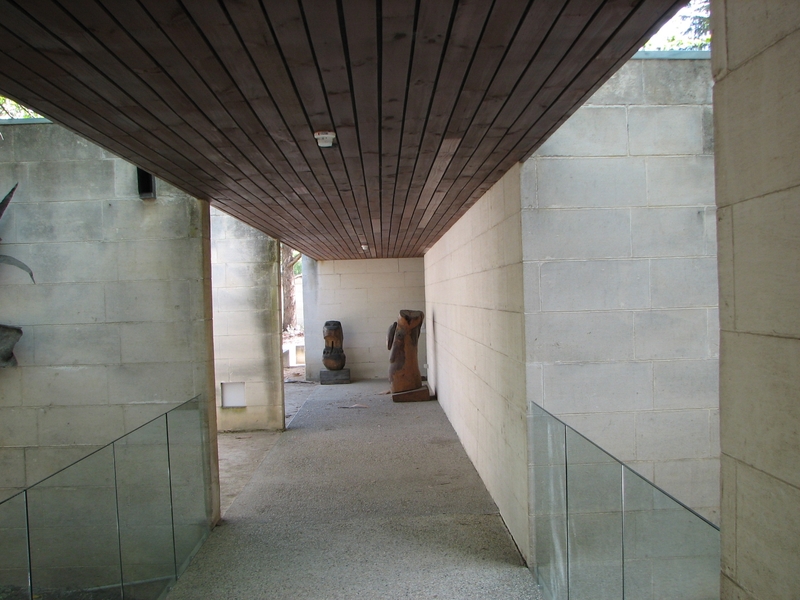 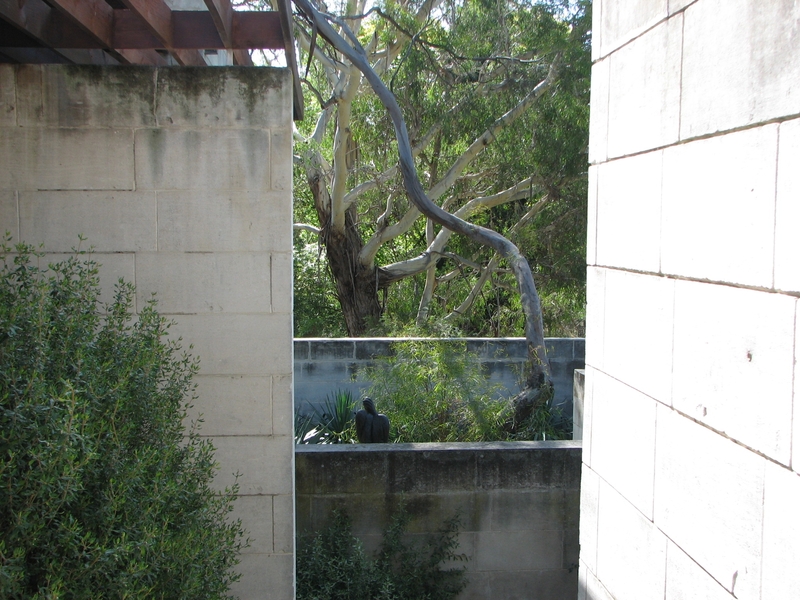 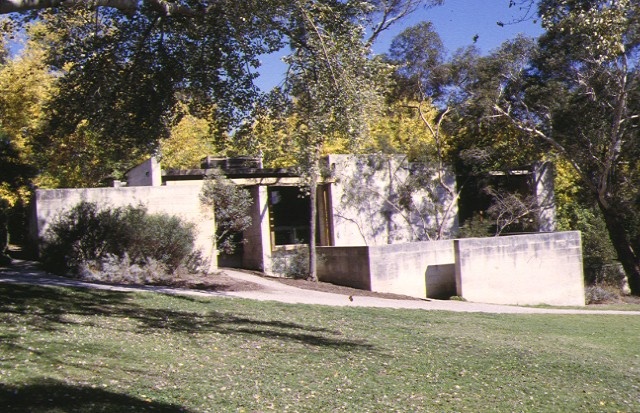 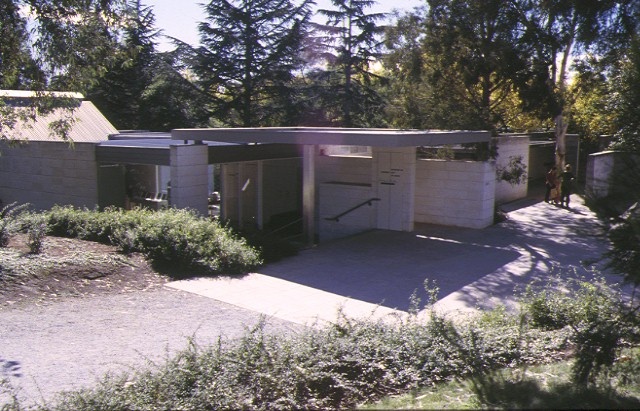 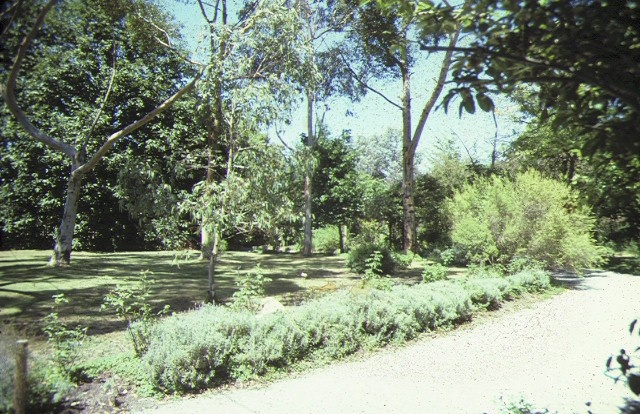 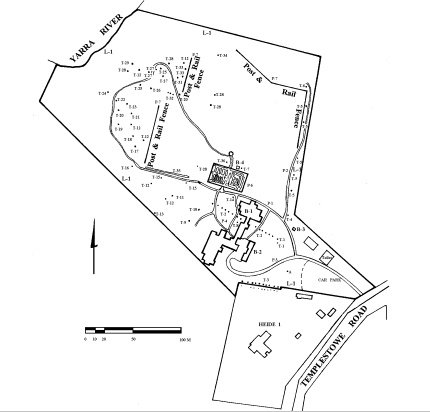 Designed by David McGlashan of the firm McGlashan & Everist, Heide II was built in 1967 as 'a gallery that could be lived in' for art patrons John and Sunday Reed who had been living on the property since 1935 in Heide I. In the same landscape that captivated the Heidelberg painters some 50 years before, they had established a garden and parkland of exotic trees, and had opened their home with great enthusiasm to artists and writers to fan a new creative spirit in the form of Australian modernism. The building of Heide II and its associated native plantings initiated a further phase in the Reeds' quest to advance modernism, with the house providing the foundation for its future use as a public art gallery and park. Built of Mt Gambier limestone, the house represents a rare and romantic distillation of diverse post-war influences in design to form a unique sculptural whole that is carefully integrated into the parkland. The Reeds moved into the house in 1968 and resided there until 1980. It opened as a public museum in 1981. An aboriginal scarred Eucalyptus camaldulensis (Site No. 7922-28) in the grounds (marked A) is protected by State and Commonwealth legislation.

Heide II is of architectural, historical, cultural, aesthetic, and scientific (horticultural) importance to the State of Victoria.

Heide II is historically and culturally important as the combined home and art gallery of pioneering modern art patrons, John and Sunday Reed. The Reeds were instrumental in shaping the forces that produced Australian modernism, and they were the first to envision the formation of a museum of contemporary art in this country. Heide II is a living tribute and memorial to the Reeds' extraordinary lives, and an icon to the modern creative spirit. The commemorative planting in 1989 by Maudie Palmer of a Manchurian Pear (Pyrus ussariensis) to the memory of Sweeny Reed is of historic interest.

Awarded the 1968 RAIA (Victorian Chapter) Bronze Medal, Heide II is architecturally significant as one of the finest contemporary houses in the State. A masterly work in design, it marks a high point in the development of this country's post-war domestic architecture, uniting two seemingly irreconcilable traditions, romanticism and mannered rationalism, to express purity of form in a geometric, sculptural whole. The movable furnishings that remain within the house reinforce this design aesthetic in fabric and form.

The stone remains of the early Ricardo house ruins in the grounds of Heide II is of archaeological significance.

Heide's surrounding landscape has aesthetic importance for its informally planted parkland of conifers, broadleaf and deciduous trees, shrubs and plants. The formally delineated kitchen garden of herbs, perennials and roses, is aesthetically appealing for its haphazard luxuriance, while the row of 14 Osage Orange (Maclura pomifera) trees is important for contributing to the design concept of the house. The three windbreak rows of Osage Orange and the English Holly hedge are prominent landscape plantings, and the three sections of post and rail fence are important landscape features.