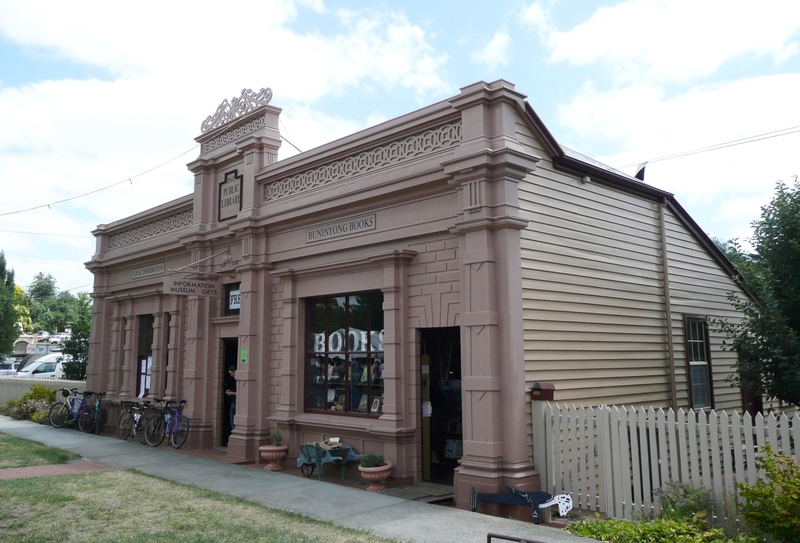 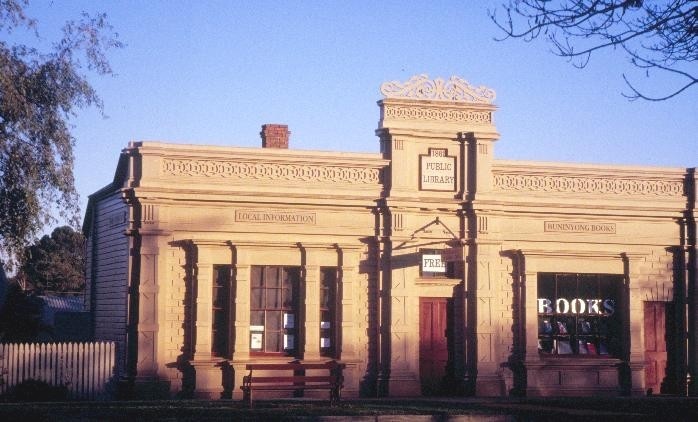 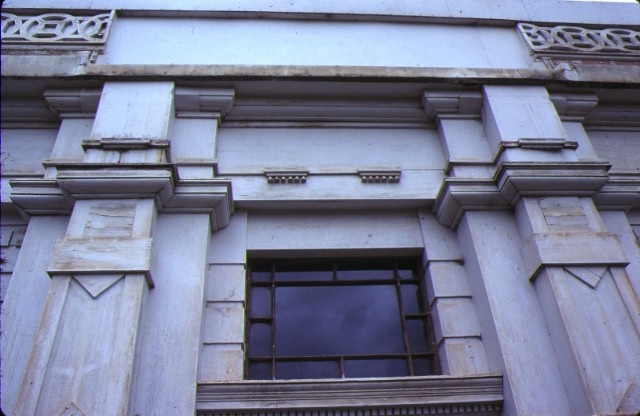 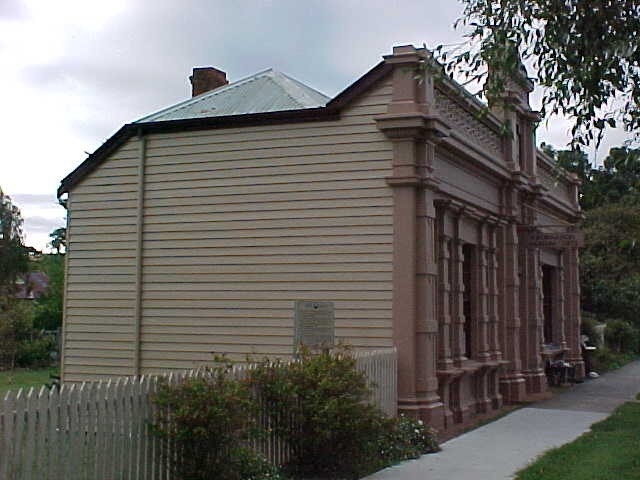 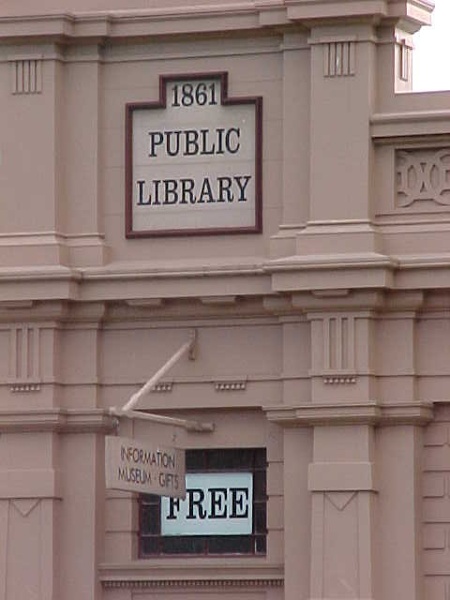 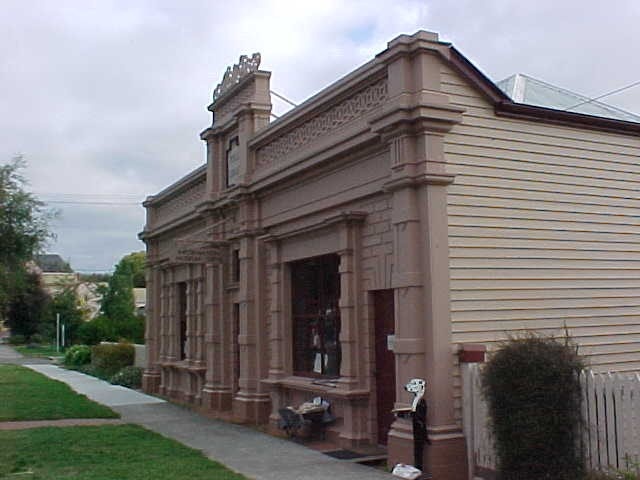 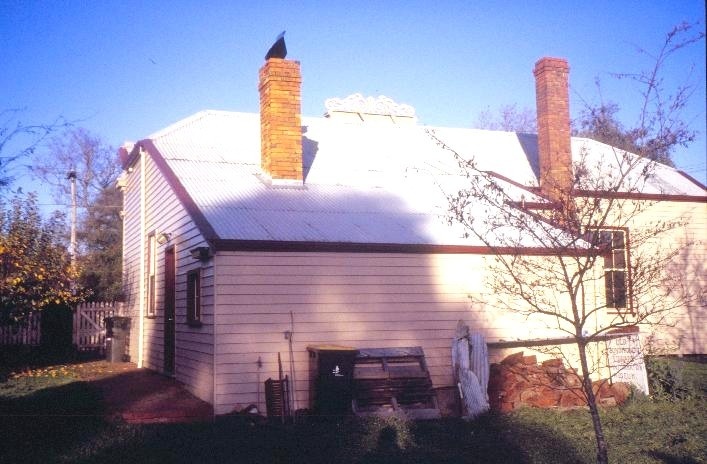 The former library at Buninyong was donated to the town by Robert Allan and erected for him prior to 1862 at a cost of £385 (including earthworks and two bridges). Allan, an engineer, had first taken up land at Buninyong in 1857 and was involved in gold mining in the area. He later was involved in local government and donated several public gifts to the town. He was accused of making these gifts in order to obtain cheap land around the town and because of this the library remained unused for many years. During this time the land adjoining the library was mined by the Grand Junction Company. Sometime before 1866 the library was revived by a Mr Oliver and was well used by the community. It was later sold to David Kerr who donated it to the Buninyong Cemetery Trust in 1927.

The timber-framed structure of the old library has a half-hipped roof with a skillion roof over the rear residential quarters and an elaborate timber parapeted facade to the front. The original timber shingles still remain at the rear under the existing corrugated iron roof. The back and sides of the building are lined with square-edged weatherboards and the facade with block-patterned boards under the applied ornament. Internally, the library ceilings and dadoes are of varnished tongue and grooved boarding. The upper part of the walls had been lined with hessian and paper. This has been partly replaced with plasterboard. The floors are timber with the exception of the residential quarters at the rear which now has a concrete floor. The exceptional feature of this building is its facade. An unusual exercise in architectural detailing using vernacular methods of construction, it may be best described as classically derived with mannerist details. Based loosely on the Tuscan order, the trabeated facade is symmetrically planned with banded pilasters marked with lozenges and two Serlian-derived windows, one of which has been later altered. The central doorway has a cornice and a square highlight over and the side doorway has the voussoirs picked out from the block patterned boards. Guttae are used on the abaci at the heads of the pilasters and the parapet is decorated with a circular fret, part of which is missing. It is believed that there originally were timber finials over the parapet. This building is most unusual in country Victoria for its elaborate timber facade and forms an important part of the history of one of Victoria’s early gold-mining areas.