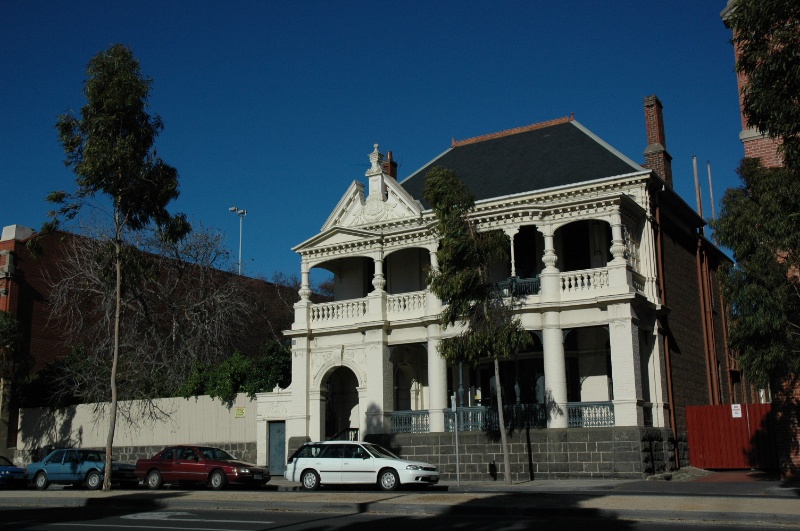 The Geelong Club was established in the late 1850's, disbanded in the 1860's and reformed in 1881 as a gentlemans' club serving the business and profesional community in Geelong as well as including many leading pastoralists and members of the woolbroking fraternity. The present imposing clubrooms were erected in 1889 by J.C. Taylor and Sons to transitional Queen Anne style designs by Melbourne Architect, C.D. Figgis. The two storey brick premises with elaborate and ponderous balcony verandah and entrance loggia and stiking broken pediment, and lavish interior is an important manifestation of an elite Geelong association of genrlemen and a notable work fo the innovative C. D. Figgis.

Members of the Geelong Club.

The first Geelong Club was established in the late 1850's but dissolved in thelate 1860's. The present club was founded in August 1881.