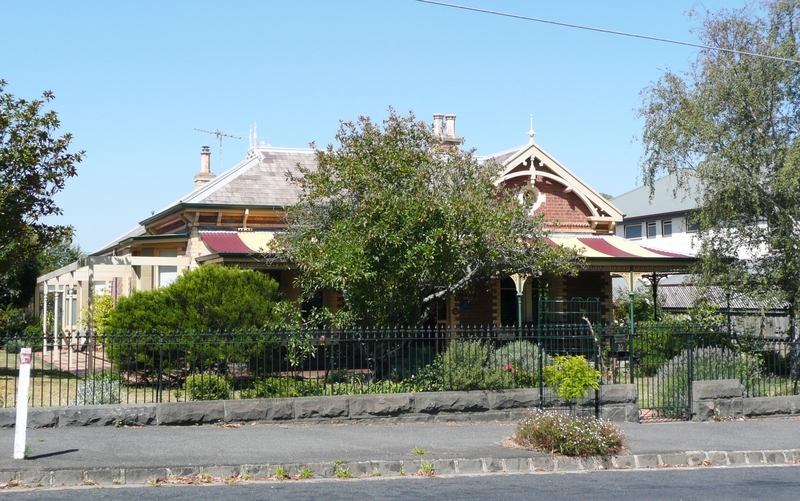 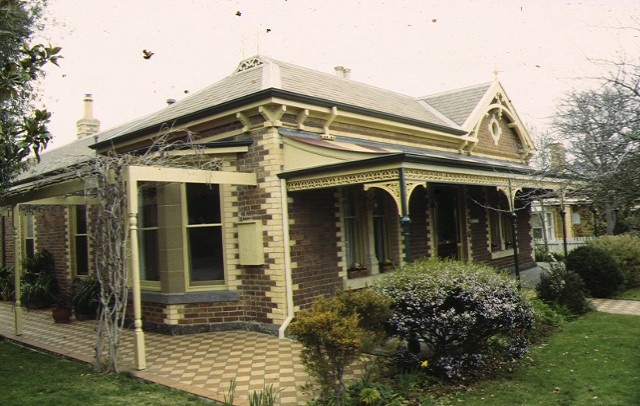 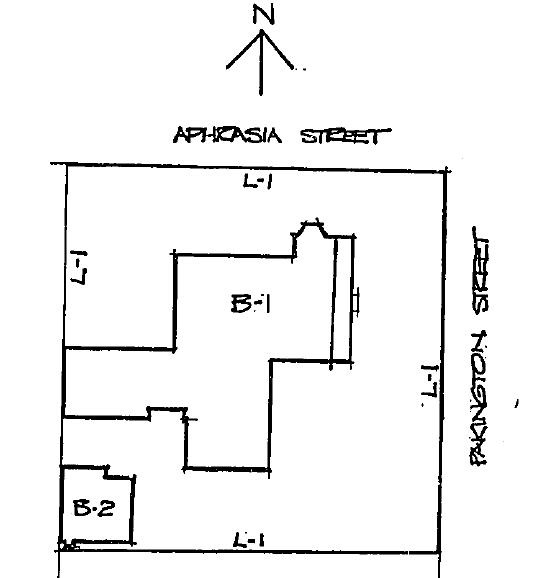 Eythorne was constructed in 1872 for the banker Robert Ferry Thwaites to a design by the prolific Geelong-based firm of Scottish architects Davidson and Henderson. It is a single storey dichromatic brickwork villa with concave roofed verandah to the north and west facades. The verandah is decorated with a cast iron valance and brackets of a pattern designed by the architects and patented on 18 July 1870.

Eythorne is of architectural and historical significance to the State of Victoria.

Eythorne is important as a notable example of the work of prolific architects Davidson and Henderson, being one of only a small number of single storey villas which they designed. Eythorne demonstrates outstanding decoration, including delicately carved Waurn Ponds limestone Corinthian capitals between the paired windows, cast iron valance and brackets to the verandah of a design patented by Davidson and Henderson, and specially made bricks forming what a contemporary advertisement referred to as the "dental [sic] String Course".