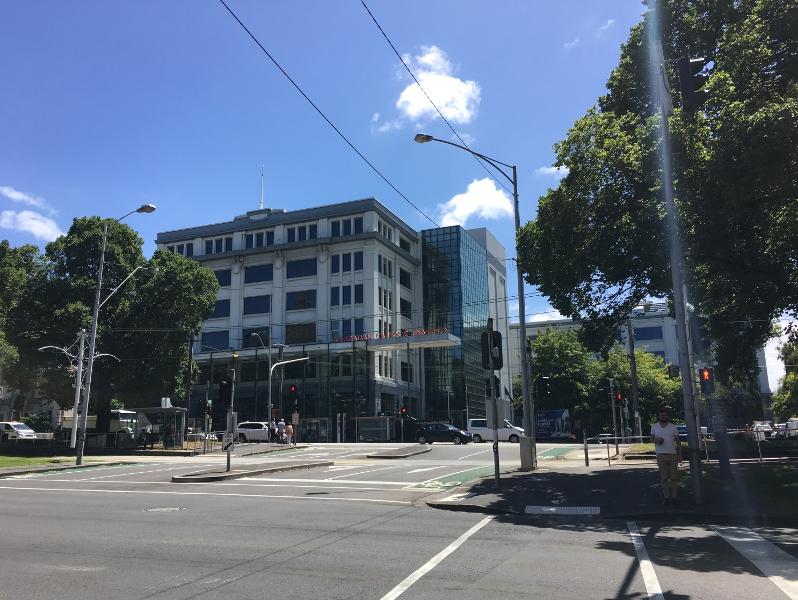 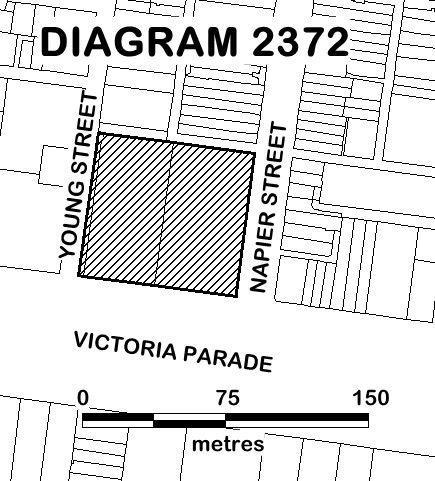 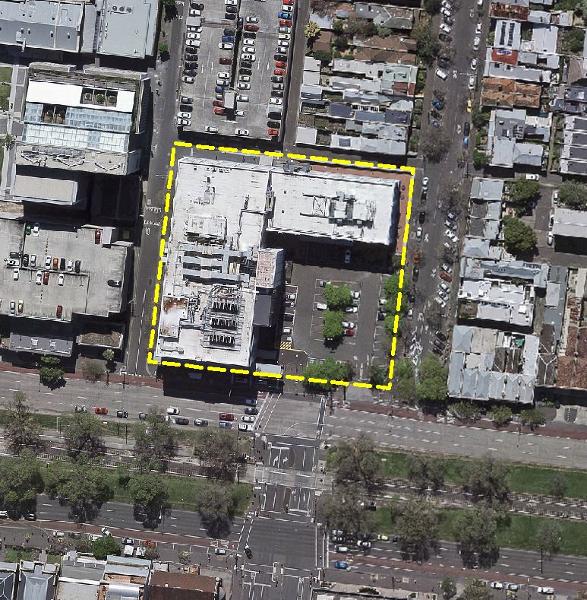 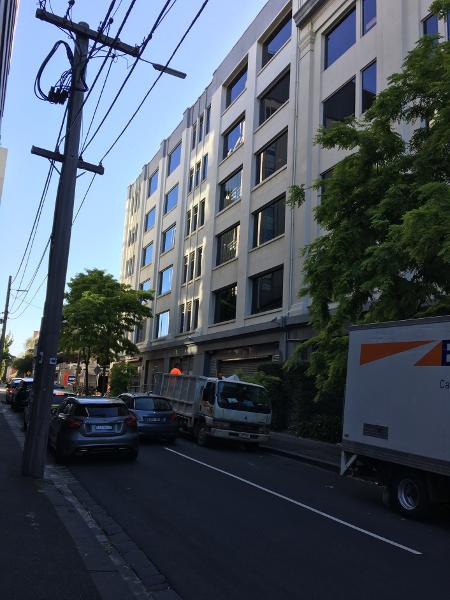 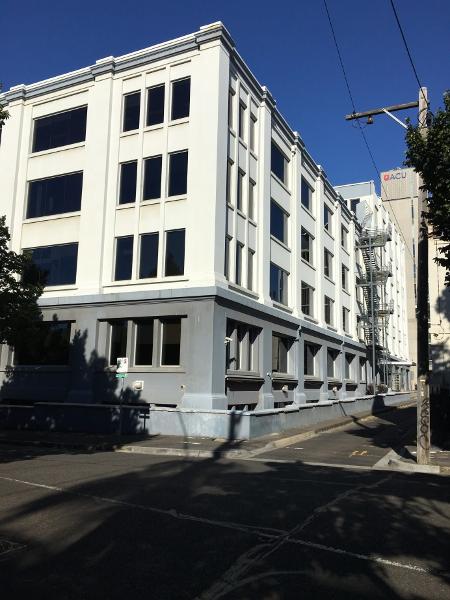 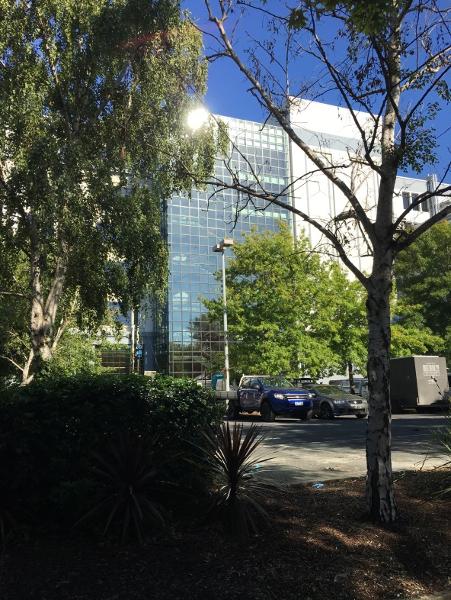 The Former Commonwealth Note and Stamp Printing Department building, including all architectural elements, a reinforced concrete frame and load bearing floors, and remnant fencing, located on a block bounded by Victoria Parade, and Young, Little Victoria and Napier Streets. The elements of the late twentieth century/early twenty-first century exterior and interior refurbishment are not of significance.

Between Federation in 1901 and the establishment of Parliament in Canberra in 1927, Melbourne was the seat of the Commonwealth Government. Administration of important government processes including the design, manufacture and issuing of postage stamps, bank notes and government security products took place in Melbourne. The Note and Stamp Printing departments initially operated from the Queens Warehouse (VHR H1211), but these premises were considered inadequate and in 1919, the Government acquired a property on Victoria Parade with the intention of establishing new premises. After consideration of Sydney and Canberra as alternative locations, the Victoria Parade site was regarded as the most suitable, and designs were prepared by Commonwealth Architect, John Smith Murdoch. However, when the Commonwealth Bank took over responsibility for the issue of bank notes in 1920, Murdoch's designs were replaced with those prepared by John Kirkpatrick, the Bank's official architect. Kirkpatrick's design was constructed by 1924, and construction of a new wing to the design of Commonwealth Chief Architect, E H Henderson began in 1930. The Victoria Parade premises saw many changes in production and technology, including the change to decimal currency in 1966, which affected both notes and stamps, and research into polymer bank notes in the 1970s. On 19 October 1981, the Victoria Parade premises were closed and operations were relocated to Craigieburn where notes continue to be printed. The Victoria Parade site was purchased by the Australian Catholic University in 1998 and has undergone extensive alterations to operate as the University's Melbourne campus.

The Former Commonwealth Note and Stamp Printing Department is an L shaped building contained within a block bounded by Victoria Parade, and Young, Little Victoria and Napier Streets. The building was completed in stages, which is evident in the design. A carpark is located in the south-eastern corner of the site.

The earliest building faces Victoria Parade and is six storeys high with a symmetrical front elevation comprising large plate glass windows to the three centre bays, flanked by end bays each containing three narrow windows. The two lower levels are partially enclosed by a modern glass and metal framed entrance ramp and a modern glass enclosed staircase is located on the eastern wall.

The 1930s wing is located along Little Victoria Street at the rear of the site. The architectural detailing is similar to the earlier building, but more simplistic in design and form. A modern glass addition encloses most of the southern elevation. Internally, the buildings have been substantially altered, although the structure of the building, including external walls, reinforced concrete columns and load bearing floors is still evident.

There is currently no Registered Aboriginal Party or Registered NativeTitle Body Corporate for the subject land.

The Former Commonwealth Note and Stamp Printing Department is of historical significance to the State of Victoria. It satisfies the following criterion for inclusion in the Victorian Heritage Register:

The Former Commonwealth Note and Stamp Printing Department is significant at the State level for the following reasons:

The Former Commonwealth Note and Stamp Printing Department is historically significant as one of a suite of buildings constructed during the important period when Melbourne was the seat of government from Federation in 1901, to 1927 when Parliament was established in Canberra. Other buildings constructed during this period include the Federal Court of Australia (VHR H1476), the Former Mail Exchange (VHR H0881), the Commonwealth Offices building (which cannot be included in the VHR as it remains in Commonwealth ownership) and the Commonwealth Clothing Factory (now demolished). These buildings were constructed to perform specific Commonwealth duties and as symbols of the new nation, were designed to focus on modernity, efficiency and innovation. [Criterion A]

The Former Commonwealth Note and Stamp Printing Department is rare as a purpose built building for the design, manufacture and issue of banknotes, stamps and other secure government products for use in Australia and its territories, during the comparably short period when Melbourne was the seat of the Commonwealth Government (1901-1927). The place is rare as one of only three places in Victoria, indeed in Australia, where Federal Government note printing and issue took place.The other two are the Queens Warehouse (VHR H1211) and the existing Craigieburn premises in use since 1981. [Criterion B]
Show more
Show less
All information on this page is maintained by Heritage Victoria. Click below for their website and contact details.