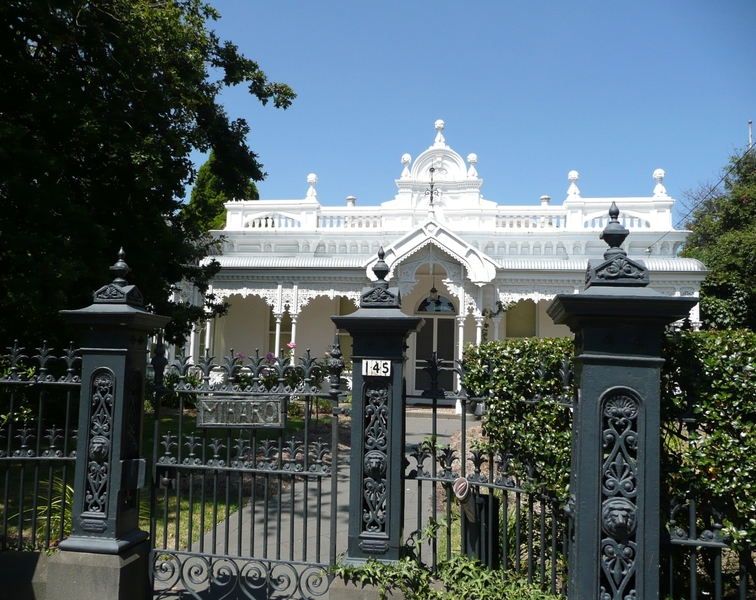 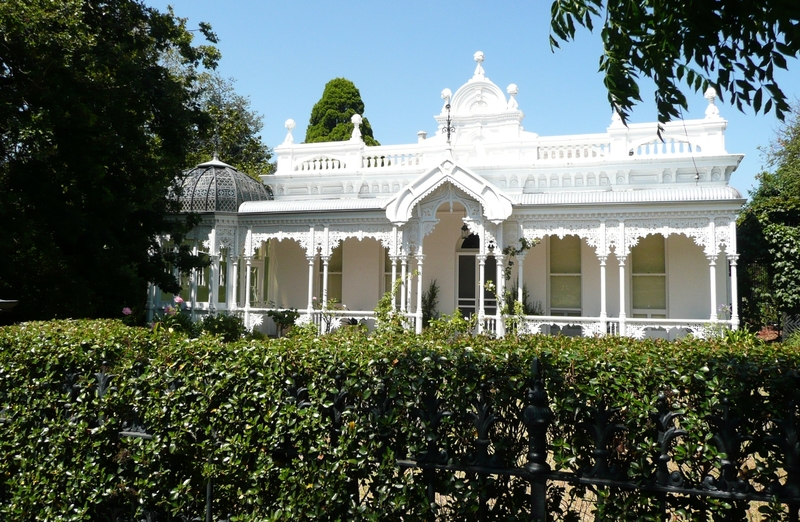 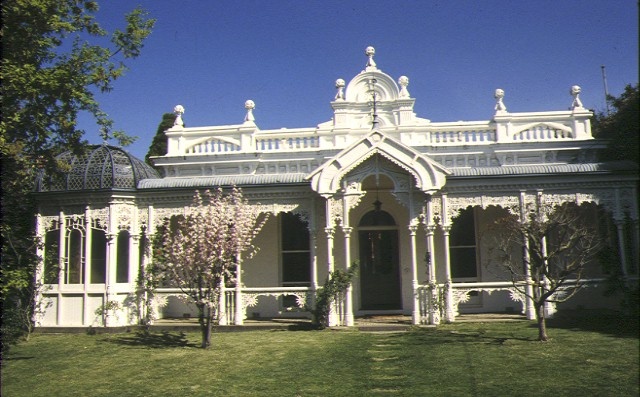 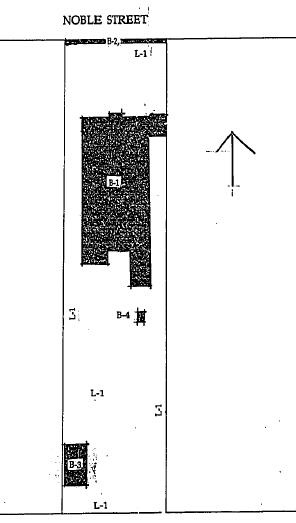 Miharo is a single storey elaborately decorated stuccoed brick villa of Victorian filigree style. Miharo was constructed in stages, and grew from being a brick house of two rooms in 1855-56 to its current form of ten rooms which dates from 1890-91. The decorative verandah, facade and conservatory which give the Miharo its present appearance, date from additions of 1890 for soap manufacturer John MacLeod designed by Melbourne architects Beswicke and Coote.

Miharo is of aesthetic, architectural and historical significance to the State of Victoria.

Miharo is of aesthetic importance for the outstanding jewel-like decoration of the leaded and coloured glass domed roof conservatory, for the filigree facade with its paired cast iron columns, lace brackets, valance and handrail brackets, and the central decorative timber gable to the verandah, and for the fine display of pressed metal ceilings. Miharo is important as an extraordinary example of the work of Melbourne architects, Beswicke and Coote, and is the only known Geelong example of their work.

Miharo is important for its association with the Australian industrialist John MacLeod, who established a soap factory on the Barwon River at Marnock Vale in 1886. The factory was well known for its "Magic Soap" brand, and also produced "Heart and Arrow", "Pink Borax" and "Blanketta" soaps. The head office and warehouse were located in Market Street, Melbourne and there was a branch factory at Glebe Point in Sydney. The soap was also exported to China and Ceylon. Miharo was transformed to its present form during John MacLeod's period of occupancy.