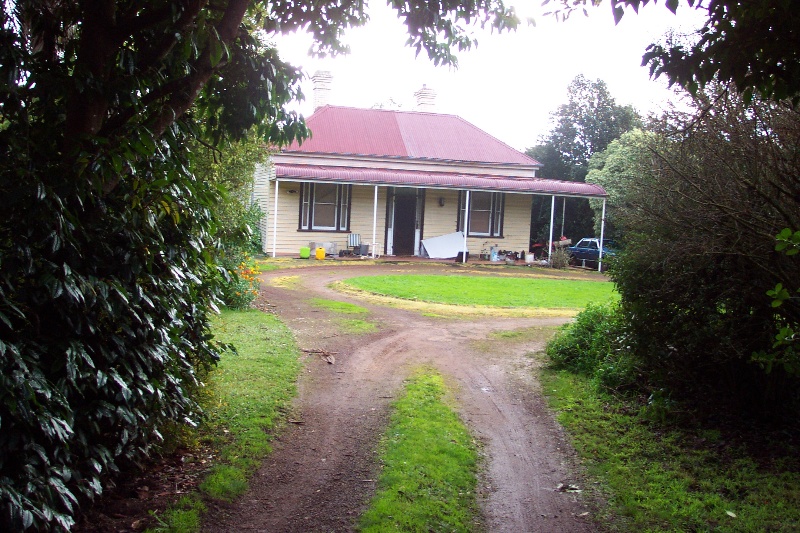 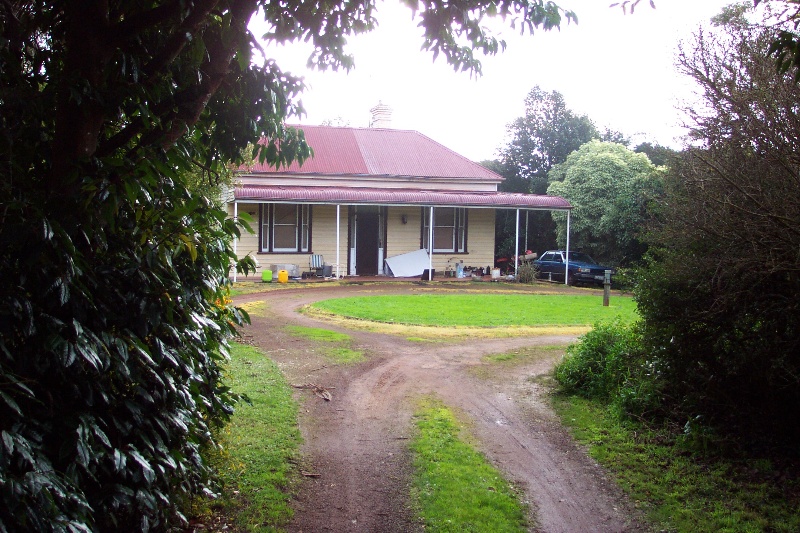 What is significant?
The garden and orchard of Wannon Lea surround a typical early late nineteenth or early twentieth century weatherboard farmhouse. The garden is sited adjacent to the Morgiana Road, approximately 1.2km from the Glenelg Highway at Wannon. The garden and orchard are as unusual as the farmstead is vernacular. While overgrown, both garden and orchard are excellent examples of domestic landscaping. The house is approached by a curved drive, with a turning circle enclosing a bed in front of the house. Along the drive are massed exotic shrubs, including privet, agapanthus, cotoneaster, with strategically placed larger garden specimens such as Canary Island palm. Separated from the drive by a post and wire fence with triangular rail cap, is a small park of conifers, including Araucaria bidwillii, Cupressus macrocarpa 'horizontalis', Cupressus semprevirens and Cupressus macrocarpa aurea. Perennial herbaceous borders with ornamental shrubs including camellias and roses flank the house on the south side. Paths and gates are marked by specimens of Cupressus sempervirens 'stricta'. The rear garden is flanked by a coprosma hedge and buckthorn on the south side. The rear garden contains many fruit trees, which provides continuity with the extensive orchard laid out on the north side of the house block. At the end of the garden stand a large olive tree and peppercorn, with a Tagasaste and prickly pear nearby. In the home paddock to the south of the homestead stand a number of sheds, with the whole protected by a windbreak of senescent Pinus radiata. The orchard is laid out in a practical grid with the trees approximately 4.0m apart. The orchard retains many significant fruit trees including some relatively rare specimens such as a blood orange, two persimmons, pomegranates, and an osage orange. The Freeman family established the property in 1910 and operated a mail-order nursery specialising in pelagoniums and geraniums as well as selling fruit from the orchard at a stall on the Glenelg Highway. The garden around the house has many unusual varieties of geranium and pelargonium planted throughout. The nursery and garden workings, presumably ephemeral, have since disappeared. The house, which has been altered, is of only complementary significance.

How is it significant?
Wannon Lea garden and orchard is of aesthetic and historical significance to the district of Wannon and the Southern Grampians Shire.

Why is it significant?
The garden and orchard at Wannon Lea are of aesthetic significance because they represent an unusual example of large scale 'grand' landscape design applied to a modest domestic and commercial setting. The relationship of the garden design to the grand designs of many Western District mansions is evident in the picturesque curved drive, the use of massed plantings and exotic specimen plants, the conifer park, and the use of hedges to create separate zones, albeit on a piece of land not much larger than a suburban allotment. The traditionally pragmatic grid layout of the orchard provides another contrast.

The garden and orchard are of historical significance for their association with the Freeman family, as one of the few commercial orchards in the shire at any time, and for the early use of the mail order system. No other example of a mail order nursery business at this time is known in Victoria. It was made possible by the construction of the railway and a station at Wannon in the late 1800s. Of further historical significance is the collection of early, rare and highly unusual fruit trees and varieties of the more common fruit trees. The Osage oranges, Blood oranges, persimon and pomegranate are rare and suggest highly educated and successful plantsmen and women.