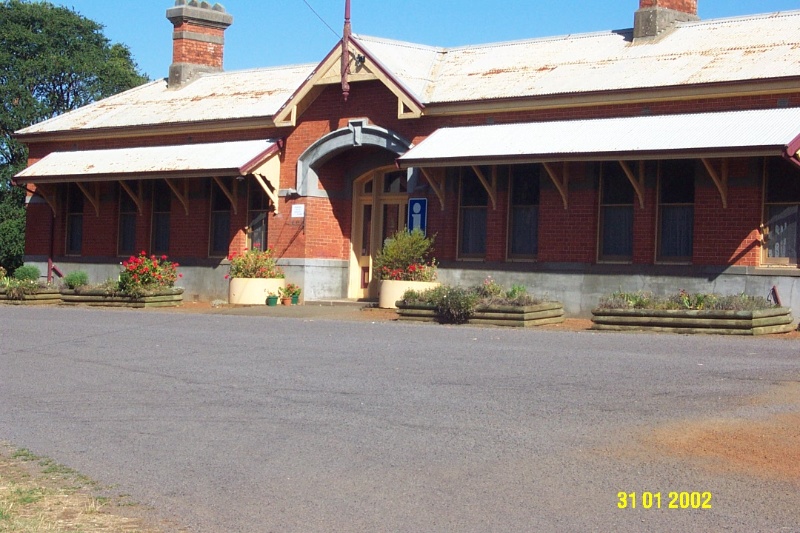 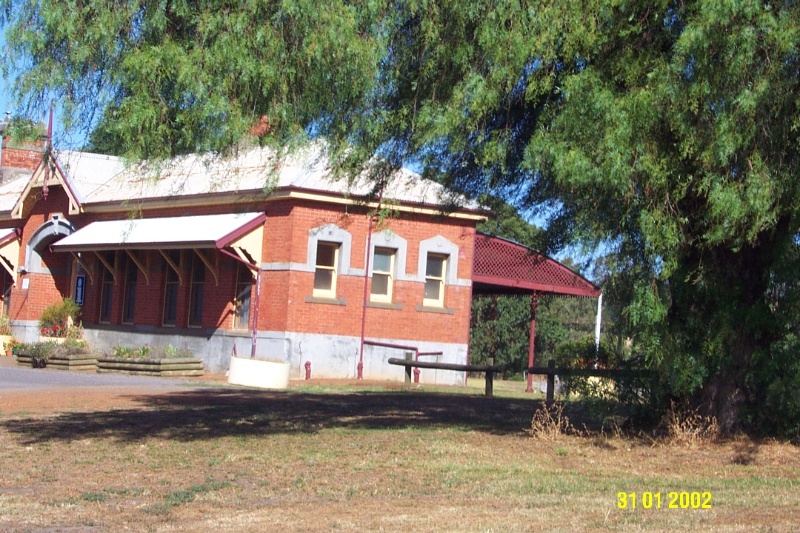 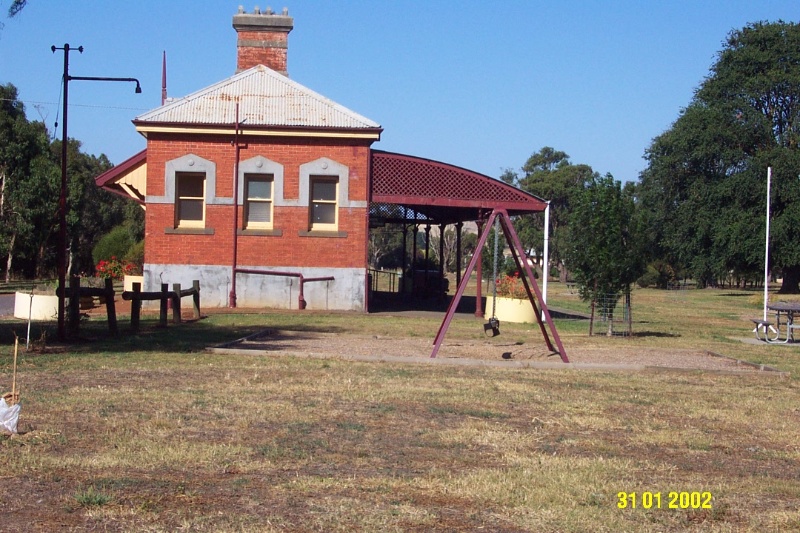 The former Coleraine Railway Station is located on former railway land which is now a public park at the eastern end of Pilleau Street, two blocks south of Whyte Street (Glenelg Highway), and approximately 300 metres east of the central activities area of Coleraine. It was constructed in 1889 after the completion of the Hamilton-Coleraine railway extension in the previous year. The principle building is single-storey and is constructed of tuckpointed red brickwork on concrete footings with bluestone windowsills. The hipped main roof, segmental platform roof and large sunshades are corrugated iron. The platform verandah and roof plumbing are cast iron. The long rectangular building is a symmetrical composition. A central elliptical arched doorway with entry gable is flanked on each side by five windows with a continuous hood and plaster bands. On the platform side a series of double doors and windows, and a central arched doorway give access to the platform under the continuous verandah. The building is in very good condition and retains a good degree of integrity although the track and subsidiary structures have all gone. Near the station there is a mature Peppercorn Tree (Schinus molle), a traditional shade tree planted at stations.

The former Coleraine Railway Station is of architectural and historical significance to the township of Coleraine and the Southern Grampians Shire.

The former Coleraine Railway Station is of historical significance because the arrival of the railway and its infrastructure represented an important stage in the development of the town and its hinterland which had hitherto relied on horse or bullock drawn transport. The arrival of the railway also brought about the demise of the Cobb and Co depot in Whyte Street. The station was used extensively to convey freight into and out of the district, and to carry passengers for business and pleasure.

The former Coleraine Railway Station is of architectural significance as a modified version of a standard design and as a substantial landmark building, being the largest surviving station in the Shire. Its conventional setting is complemented by the Peppercorn Tree in the grounds.