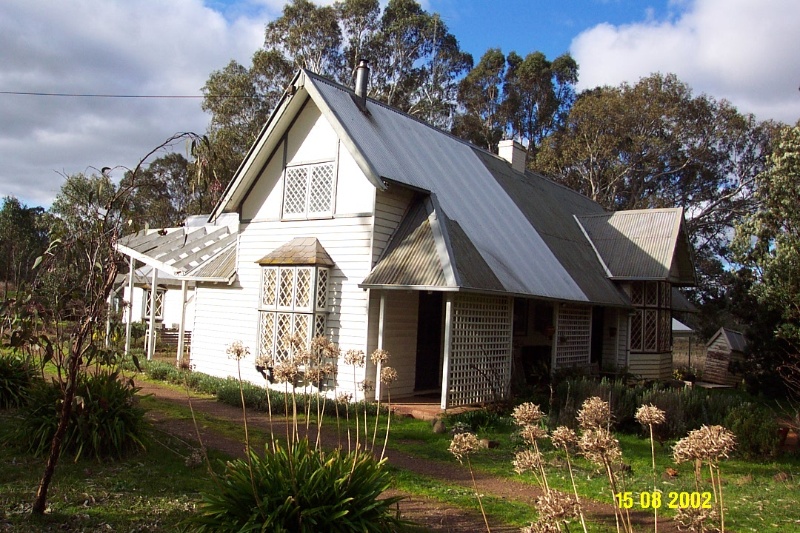 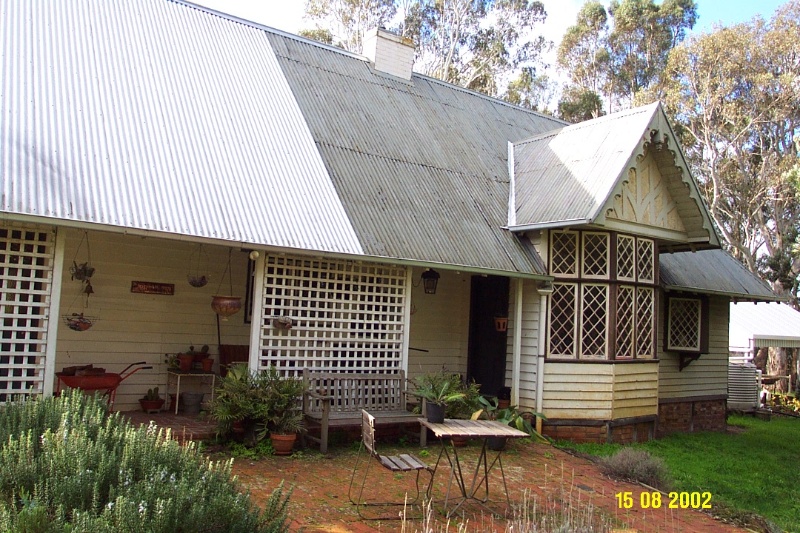 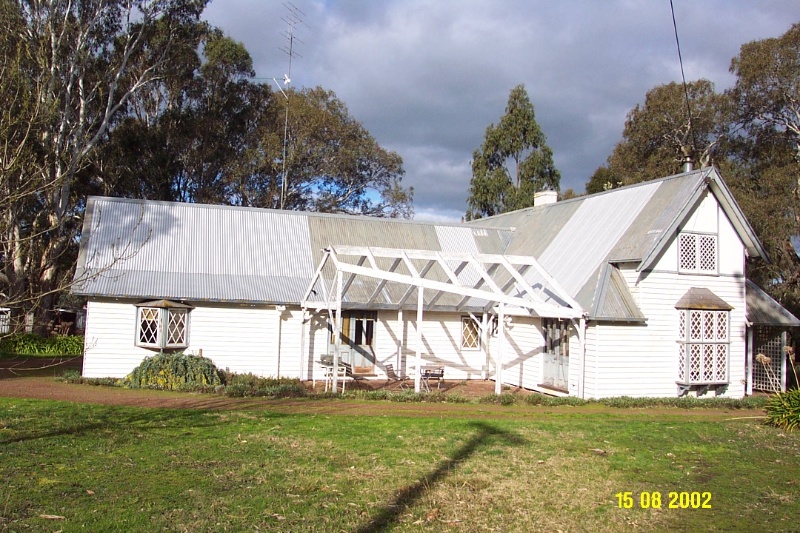 Arranmore is located on the north side of the Glenelg Highway in the former township of Wannon, about 750m from the Wannon Falls and 18km west off Hamilton. It is a single storey, weatherboard house with an attic storey in the front wing. It is consciously Picturesque with an asymetrical plan, irregular form, and domestic Gothic details. Importantly, Arranmore is the former gatehouse of Murndal Homestead and was moved to its present site in the early 1970s. The cottage appears to date originally from the late nineteenth or early twentieth century but its designer is not known. It may have been the architect, Walter Butler who remodelled the library at Murndal in 1891 of the architectural firm, Ussher and Kemp which designed the extensions to Murndal in 1906. More certain is the likelihood that it was built by Patrick Aylmer, the carpenter at Murndal who worked under both architects. The house, possibly made up from two buildings when it was relocated, was extended in the early 1980s carefully within the Picturesque tradition. The garden was established at this time. The whole property remains intact to this period and is in good condition.

Arranmore is of aesthetic, architectural and historical significance to the township of Wannon and the Southern Grampians Shire.

Arranmore is of architectural significance for its Picturesque aesthetic, its likely connection to either the architects, Walter Butler or Ussher and Kemp, and of historical significance, although relocated, as part of the Murndal Homestead complex, one of the oldest and best developed squatting runs in the Western District.