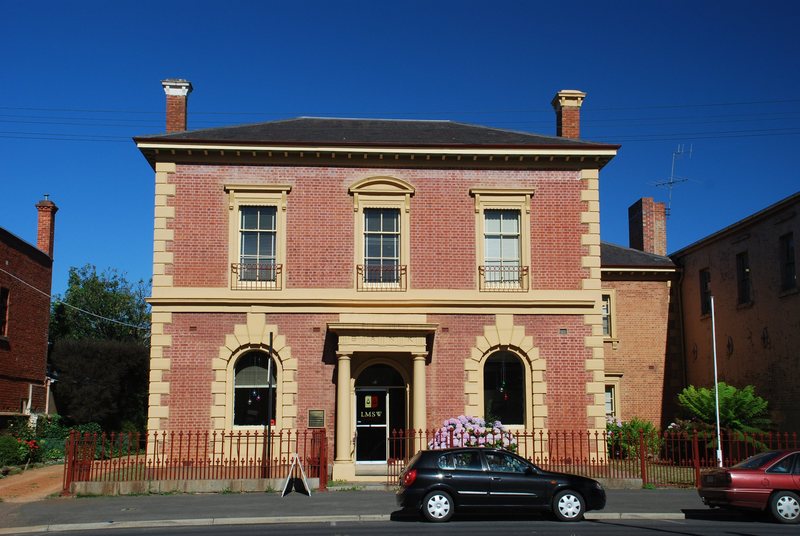 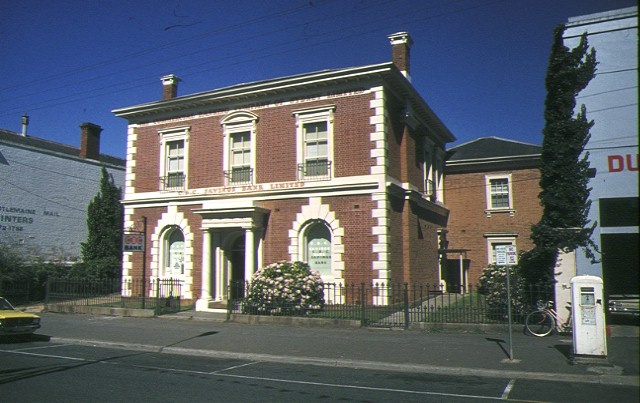 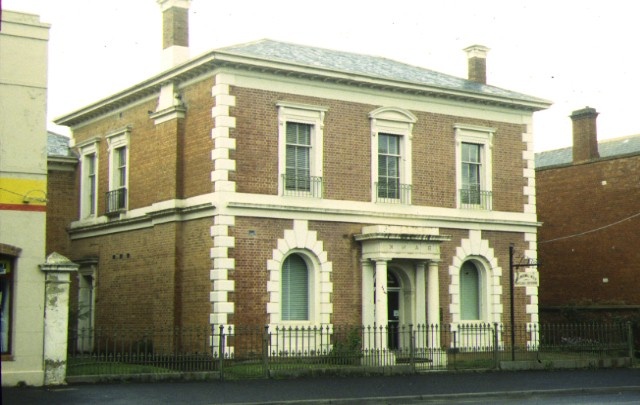 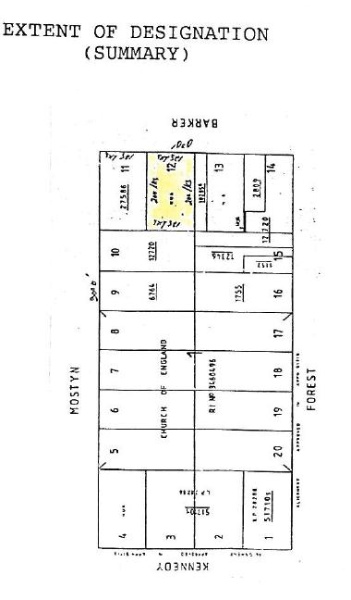 What is significant?
The establishment of a branch of the Bank of Victoria in Castlemaine was first proposed in 1854, and this was subsequently opened in a temporary iron building. Late in 1855 tenders were called for a more permanent building and construction was undertaken in 1856. The architect was Alfred Price and the builder A. Duncan.

Castlemaine was first surveyed in 1852, after gold had been discovered in the region the year before. It grew rapidly as an administrative and service centre for the rich goldfields and, as a result, a number of banks were established in Castlemaine in the mid-1850s.

The former Commercial Banking Company bank is a two storey Renaissance Revival building of face brickwork with stone dressings and a slate hipped roof with exposed bracketed eaves. The symmetrical front facade has a central entrance porch at ground level, simply conceived in a classical manner. This is flanked by arched windows with heavily quoined surrounds. The upper storey contains three rectangular windows, with the central one emphasised by a segmental bracketed pediment. The whole facade is defined by corner quoining.

By 1927 the bank had been taken over by the Commercial Banking Company.

How is it significant?
The former CBC bank, Castlemaine is of architectural and historical significance to the state of Victoria.

Why is it significant?
The former CBC bank, Castlemaine is of architectural significance as an early surviving bank building in Victoria. The unusual adoption of face brickwork rather than render for a bank facade also adds to its significance.

The former CBC bank, Castlemaine is of historical significance for its association with the rapid development of the goldfields in Victoria from 1851. It reflects the dramatic increase in wealth created by the discovery of gold and the subsequent demands on the banking system.