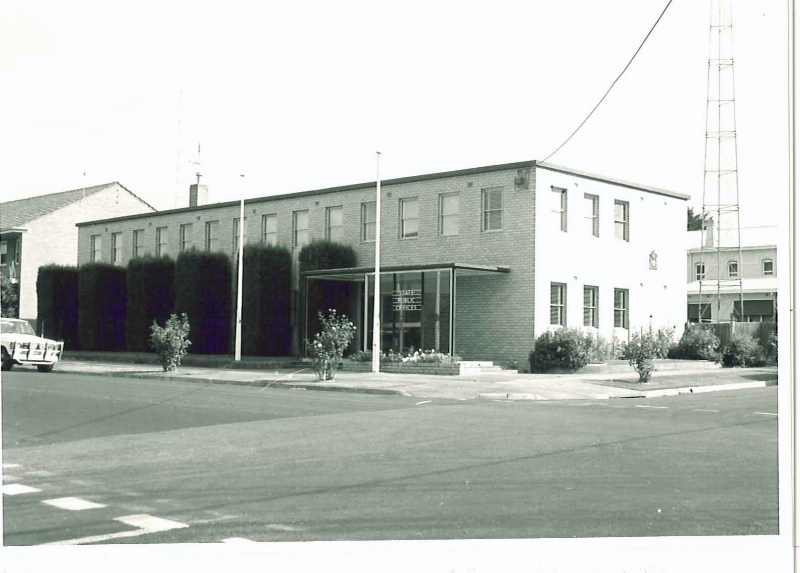 These public offices built in 1960 are an excellent example of the PWD's classic 1960s' design. The building shows a major stylistic advance from the neighbouring Police Station. The design introduces new materials, there is an abstraction of detail and a true International style form. The porch is directly Miesian in form, detail and materials. ([i]) The building is significantly intact and in excellent condition. The severe planting of Cupressus macrocarpa, Monterey Cypress along the Thompson Street elevation reinforces the geometric refinement of the building. They are in remarkable contrast to the shrub roses in the nature strip.


The building stands on one of the oldest sites in Hamilton this being the place where in the 1840s a hut was erected for the police magistrate with barracks for a detachment of mounted police. ([ii]) The site has remained the focus of civil administration ever since. The building as the keystone of the whole administrative complex is of local significance.

[i] The German/American architect Mies van der Rohe was a founder of the International style.