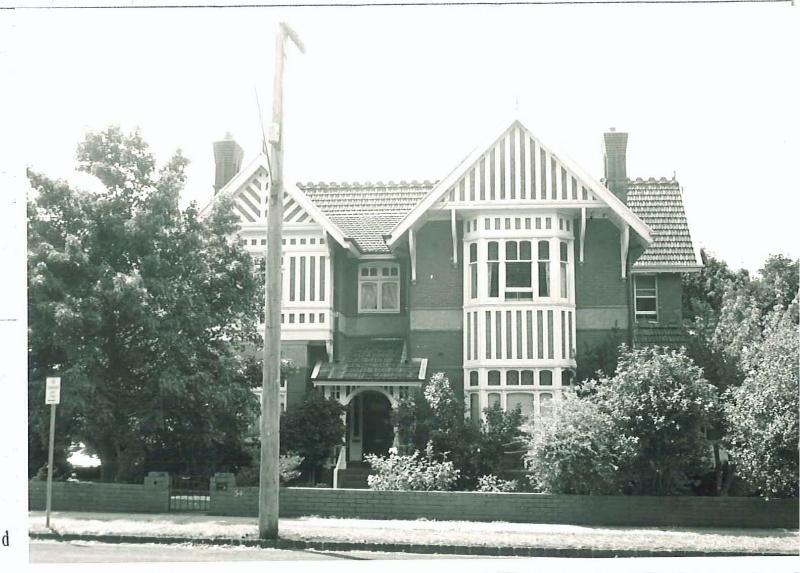 SIGNIFICANCE: »An Ussher and Kemp design and rather old fashioned for the time, this is nonetheless one of the most distinguished houses in Hamilton from the twentieth century.


Formerly known as Eildon, this house has state significance for its architectural quality and its key position. Its has historical associations with Dr David Laidlaw (1870-1925), Medical Superintendent at the Hamilton Hospital and son of David Laidlaw (1831-1931), the Scottish saddler who became one of the town's most prominent citizens. ([i]) Its was associated from 1939 with the Napier Club formed in 1921 as a women's version of the Hamilton Club. ([ii]) The former residence and surgery was built for Dr David Laidlaw in 1904 from the designs of the notable architects, Ussher & Kemp and is a distinctive example of an asymmetrical picturesque two-storey house with the principal gables kept to the first floor eaves line. It is notable for the clear and bold expression of its form and details, especially the external representation of the internal spaces as axial gabled forms, the strong, vertical half-timbering, and the impressive chimneys with wedge caps and brick straps. One of the finest smaller designs in red brick and Marseilles tiles from the partnership of Ussher & Kemp, ([iii]) it was purchased by the Napier Club in 1939. ([iv]) The house remains significantly intact and is in excellent condition. The building acts as a keystone in the precinct around the Botanical Gardens.