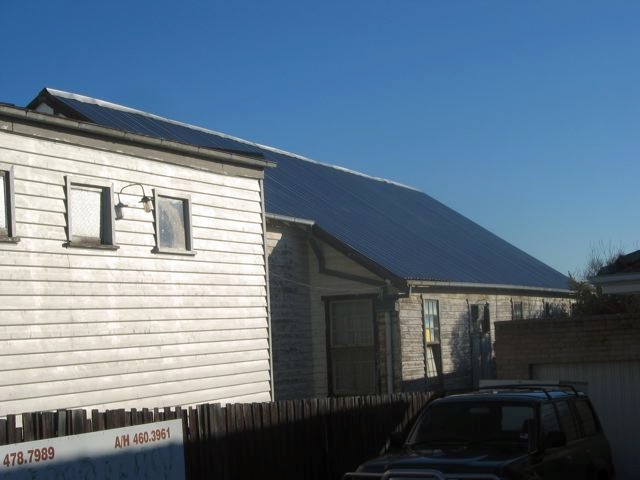 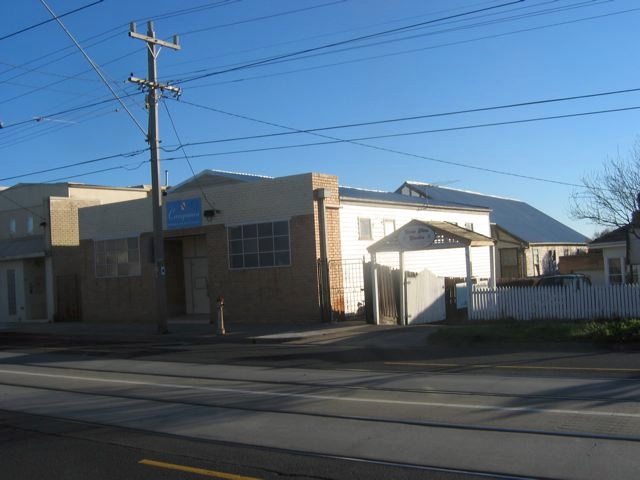 What is significant?
The former West Preston Progress Hall, constructed in 1930 and the c.1950 addition, is significant. The facade of the 1930 hall, which is now partly covered by the rear of the newer building, has a projecting section (presumably containing the entrance and cloakroom) that is narrower than the main hall, which has half-timbering to the gable end and is a single timber door in the side wall. The windows are double-hung sash, with nine panes in each sash - there are two in the facade (one on either side of the projecting section) and several in the side wall. There are small paired timber doors in the south side with highlight windows above divided into four panes. The building at the front is clad in weatherboards at the side and has a Modernist brick front. The side walls have small square high set windows. The symmetrically composed facade has a recessed centrally located entrance flanked by large high set metal-framed windows divided into twelve panes. Also significant are identical wrought iron gates with the letters 'W P P A' incorporated into the design which provide access to the 1930 hall via pathways leading down the side of the front building.

How is it significant?
The West Preston Progress Hall is of local historic and social significance to Darebin City.

Why is it significant?
The Hall is significant as a representative example of a simple inter-war public hall that is associated with an important phase in the suburban development of West Preston and Reservoir during the inter-war period. It is socially and historically significant as a place that has direct and strong associations with the West Preston Progress Association, a resident group that played an important role in the formation of the suburban community in West Preston and Reservoir during the inter-war period. It is significant as an early community building that has been known, valued and remembered by the local community over a 70 year period. The significance of the hall is enhanced by its rarity value as one of a small number of buildings with a direct association to one of the many progress associations that were operating in Darebin during the inter-war period. (AHC criteria A.4, B.2, D.2, G.1, H.1)
Show more
Show less
All information on this page is maintained by Darebin City. Click below for their website and contact details.