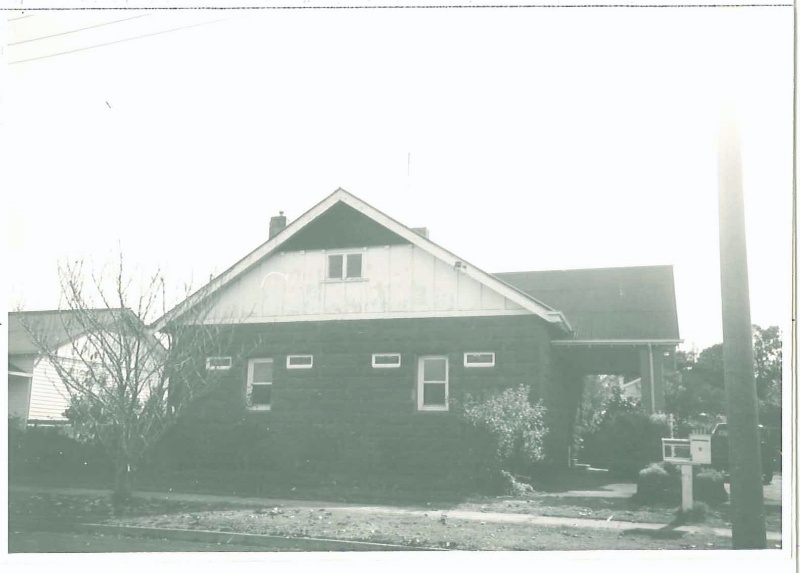 SIGNIFICANCE: Part of the original police complex and probably the most interesting extension and conversion of a nineteenth century building.

STATEMENT OF SIGNIFICANCE
Former Lock Up
2 Westacott Street
This building is of local historic and architectural significance. It was built in the 1850s or early 1860s as the first permanent lock up in the Police complex which had been established as early as 1841. (i) Another brick lock up was built in Thompson Street adjacent to the police station. (ii) By the 1920s it was no longer in use and the Crown sold the site as part of a major sale of land in the area in 1930 to F H McCorkell. (iii) The building was converted to domestic use soon after. Having been a conventionally designed Public Works Department gaol, it was changed into a somewhat naive interpretation of the Californian Bungalow style, using details and materials which were, after the Depression, somewhat old fashioned. The leadlighting in the cell windows is notable. It can be compared with other buildings substantially altered in the 1920s and 1930s and with Fleetwood, 21 Gray Street and Birdseye's Dental Surgery, 47 Thompson Street which are pure examples of the Californian Bungalow style. The building remains significantly intact from the date of its conversion and is in good condition.

FOOTNOTES
i Garden, D, Hamilton, p 30.
ii This has since been converted into a garage.
iii Township of Hamilton Parish Plan, Section 11 Lot 4.