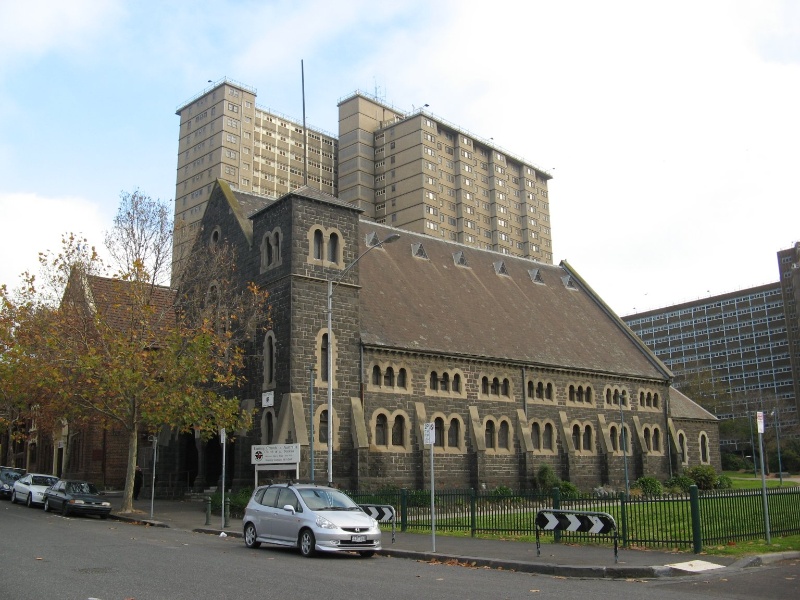 Church of All Nations Carlton_KJ_6 June 08 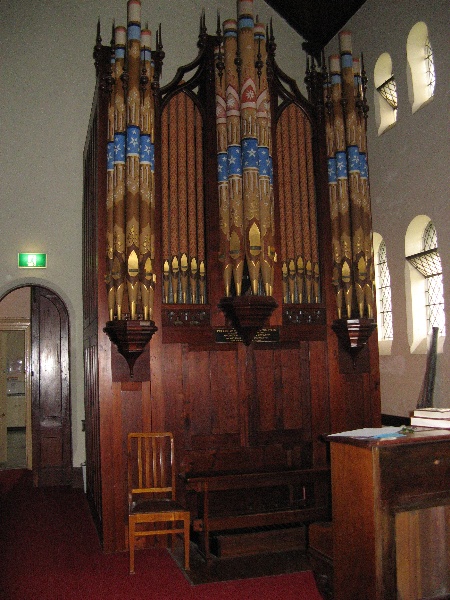 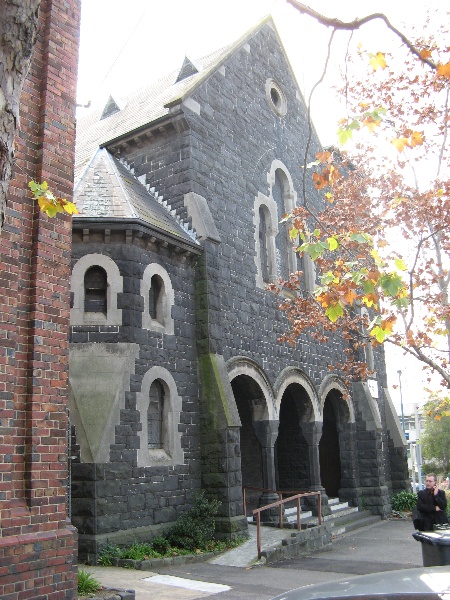 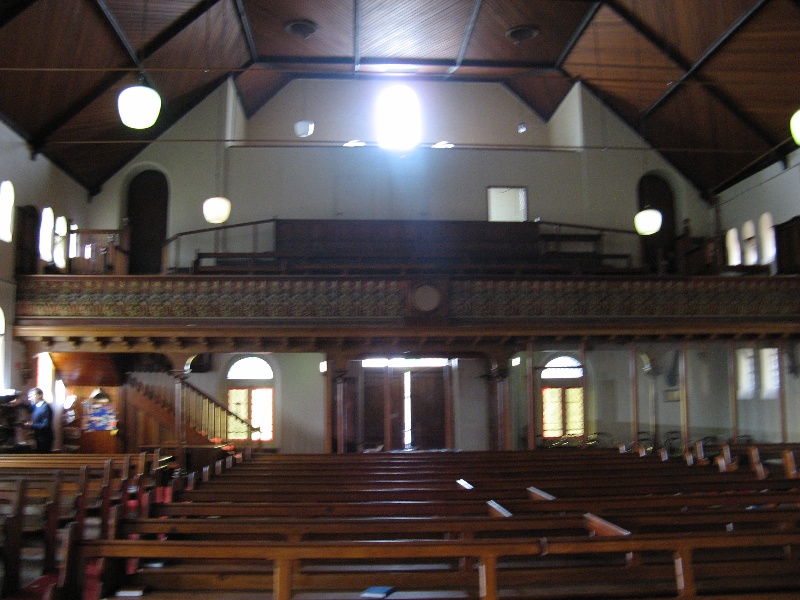 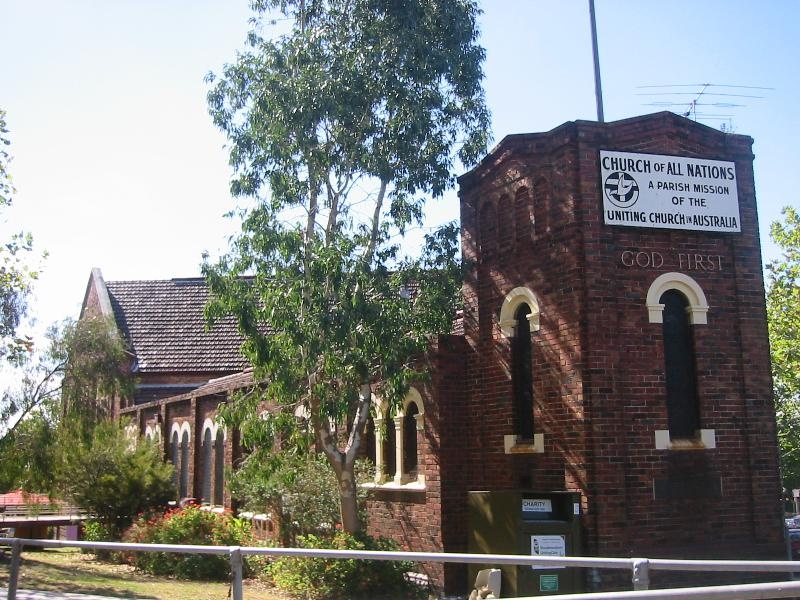 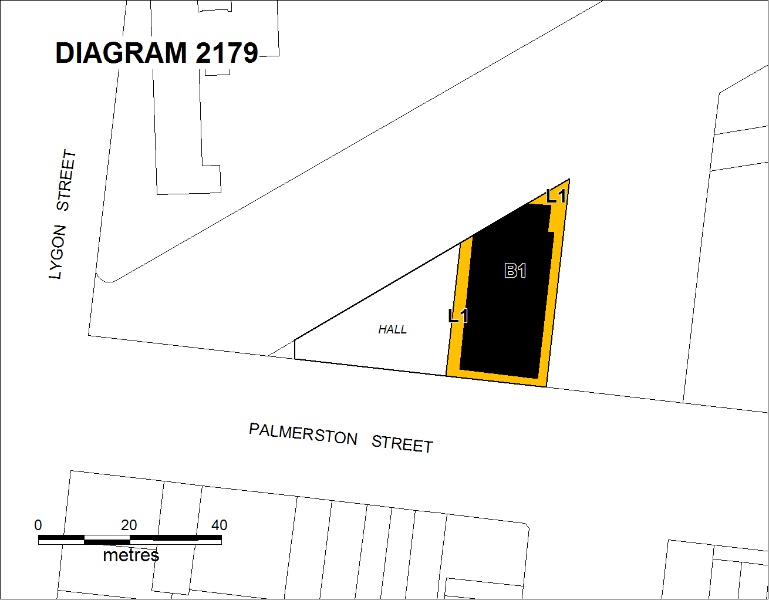 The Church of All Nations Organ and Church, 180 Palmerston Street, Carlton.

The organ is a two manual instrument with fifteen speaking stops, three couplers and a mechanical action. A swell division was added to the organ by Fincham in 1886 to increase the versatility, expression and range of the organ.

The organ retains its original mechanical actions, console, attractive case and the ornate decorations on the spotted metal display pipes. It retains all of its original brilliance, sparkle and clarity of sound. The organ remains in the building for which it was constructed.

The organ has been played and praised by organists of international renown, including Ton Koopman, Martin Haselbock, Peter Hurford and Luigi Ferdinando Tagliavini, as being one of the finest organs of the Colonial period in the world today.

The organ has been moved from its original position in the gallery to the front of the church.

The Church of All Nations church building, originally the Wesleyan Methodist Church, houses the Church of All Nations Organ. The church was built in 1869-70 to a design by the distinguished Melbourne architect Joseph Reed of Reed & Barnes. It replaced a timber church which had opened in Palmerston Street in 1861. In 1869 Reed was commissioned to design a larger church of bluestone, which opened 6 March 1870. The contractor was John Pigdon. Due to lack of funds, the top of the tower, the spire and the side balconies inside were never built and the nave was shortened.

The church is a bluestone building in the Norman Romanesque style with freestone dressings. The front elevation has a porch beneath three Romanesque arches and a tower to one side. Internally there is a gallery at the rear and at the front is an elaborate timber pulpit approached by steps on each side. The Fincham organ is located in the north-east corner of the church.

The Church of All Nations lies on the southern edge of the Carlton Estate high-rise residential towers.

The Church of All Nations Organ and Church is of historical and aesthetic significance to the State of Victoria.

The Church of All Nations Organ and Church is of historical significance for its association with George Fincham who founded the most significant organ building enterprise in the colonial period of Australia. The organ is one of the finest examples now surviving from the George Fincham's best period of organ building. The organ's significance is enhanced by the presence of the original mechanical actions and its original console and its presence within its original setting.

The Church of All Nations Organ is of aesthetic significance for its attractive case, well-suited to its built surroundings, and ornate decorations on the display pipes.