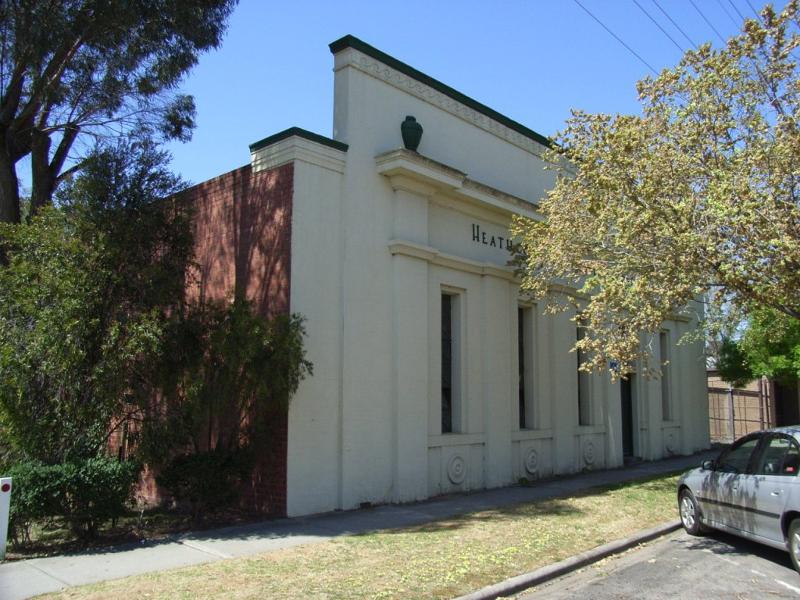 The Masonic Temple, at 82 High Street, Heathcote, including all the fabric of the 1859 building, the red brick hall and the 1929 brick and render facade, is significant. The post WWII additions at the rear are not significant.

The Masonic Temple, at 82 High Street, Heathcote is of historic, social and architectural significance to the City of Greater Bendigo.

The Masonic Temple is historically significant for its association with James Crowle who was granted the contract for construction and he may have built the place with his brother, John Crowle. The Crowles were prominent members of the Heathcote community. Other works associated with James Crowle include roads, buildings at the Government Camp and the surveyor's office at Heathcote, the school at Redcastle, the Federal Hall and the hospital at Heathcote. James Crowle also served as a Councillor for Heathcote during the 1890s. Criterion A

The Masonic Temple is historically and socially significant as a purpose-built and continuously occupied Masonic building. The foundation stone was laid on 31st December 1859 and the building opened in a ceremony held on the 2nd March 1860. Repairs were carried out in 1876, and in 1929 additions to the front of the Temple completed the building in its present form. The Masonic Temple is socially significant, and the survival of the lodge for over 140 years emphasises its important role in the Heathcote community, as a venue and meeting place.Criterion G

The Lodge is architecturally important as an essentially intact Masonic structure, expressly designed for lodge purposes. The restrained classical facade of the building is illustrative of the Classicism style favoured by the Masons and many of their halls reflect this austerity. The rear of this building indicates that an earlier stone building existed extending to about half the width of the existing street frontage. This is likely to be the 1859 building designed by Sandhurst Architect Arthur Hartley and built by James Crowle. The brick and rendered facade was constructed in 1929 to a design by prominent Melbourne architect Harry A Norris as a means of tying the buildings together. The facade presents a unified street elevation and emphasises the lodge's presence in the town. The interior has not been inspected. Criterion D

Eaglehawk High Street Commercial: Eaglehawk includes many of the built and landform elements typifying the local life of a nineteenth century mining community. Most of the buildings were created in the principal era of reef mining. They cover the range of such buildings which would have normally constituted town centres across the goldfields.

In the case of Eaglehawk the unusual road pattern and the manner in which the Town hall and Mechanics Institute sit within a Y- intersection and as well the slope of the land down towards this reserve when approached from Bendigo give a more forceful expression to the patterns seen in other gold towns. The centre of Eaglehawk with its solid commercial structures, its public buildings, its range of houses and its street patterns faithfully reflects the intimate and energetic life of a mining township.

Eaglehawk High Street Civic: A small precinct, it nevertheless provides the other end to the strong visual link, down High Street, which starts at the town hall. It contains the most architecturally ambitious group of buildings in Eaglehawk and encapsulates the religious, social and educational themes of the community. It also includes those buildings which, by their nature, differ visually from the rest of the precinct both in scale, materials and siting (given greater vacant land areas for each site).