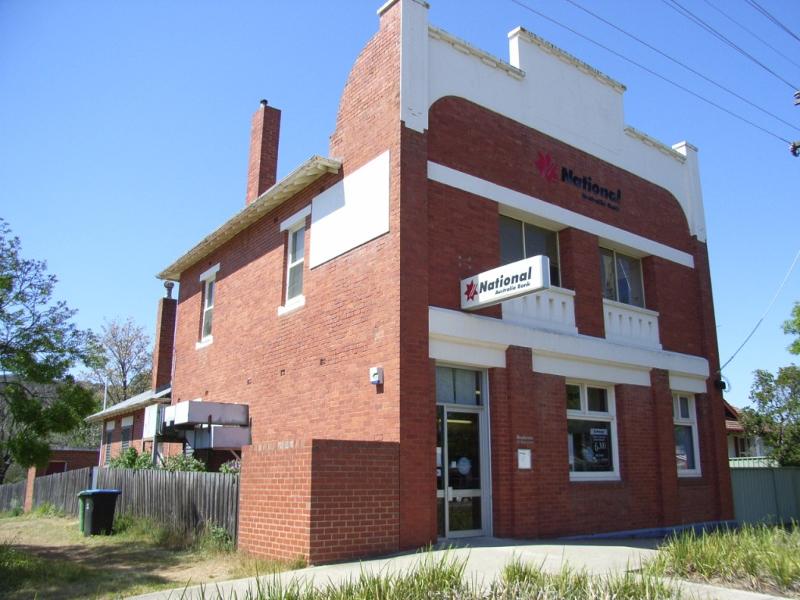 The brick bank at 104 High Street, Heathcote is of local historic and aesthetic significance to the City of Greater Bendigo.

104 High Street is historically significant for its demonstration of the growth in diversity of services in Heathcote during the early part of the twentieth century. Built for the former Bank of Victoria, later the Commercial Banking Company of Sydney, now the National Australia Bank, it is evidence of the change in banking companies in Australia. Criterion A

Although of a fairly standard bank design of the period, it demonstrates the functional requirements of banks to provide accommodation for the manager in the same building. It is distinguished by the contrast between the red brick and render detailing to the balconnettes, parapet, and the original window frames at ground level. Criterion D