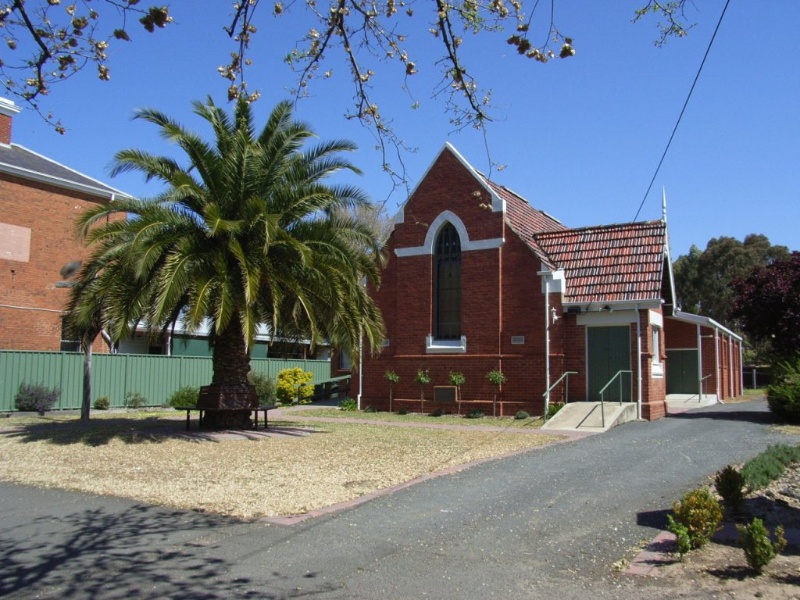 The Uniting Church (formerly Methodist) at 131 High Street built in 1929, with 1937 roof cladding, and the palm tree are significant. The hall at the rear and new entrance building at the side built c. 2000 are not significant.

The Uniting Church is of local historical, aesthetic and social significance to the City of Greater Bendigo.

It is of aesthetic significance as a modest work of the well known architect Alec. S Eggleston whose work for the Methodist Church formed a significant part of his practice. The interior is notable for the Arts and Crafts features of face brick arch, windows of unpretentious but thoughtful design, and honesty of materials in the use of stained timber and white plaster. CriterionD

The Uniting Church is of social significance for the Heathcote community as a place of worship for nearly 80 years. Criterion G