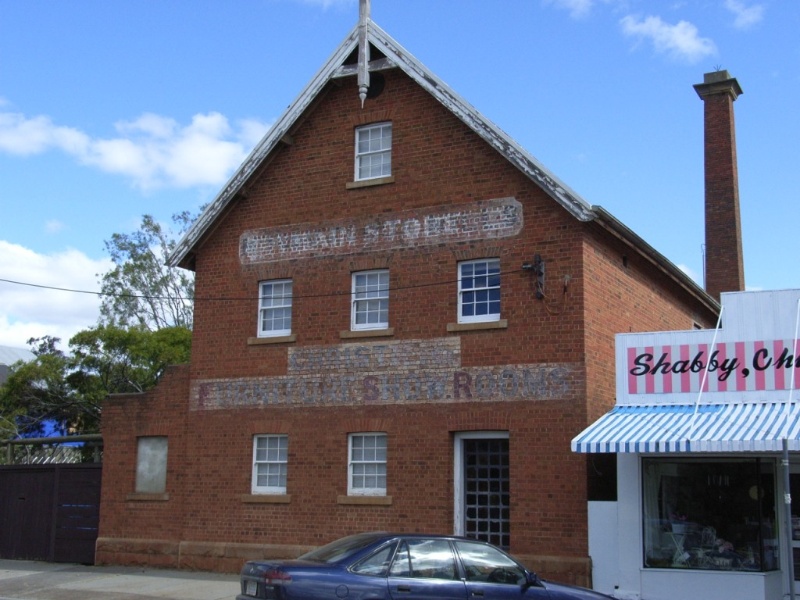 The former Christies flour mill built in 1869 including the entire three storey brick structure with side and rear skillions, chimney and painted signs on the front facade is significant. The interior structure composed of timber posts and beams with spreaders on top of the posts is also significant.

The glass door is potentially also of significance due to links with the National Gallery Victoria roof.

147 High Street, Heathcote is of local historic, technical and aesthetic and social significance to the City of Greater Bendigo and may be of State significance.

The partnership of Christie and Spinks were highly influential in the commercial activities of Heathcote during the 1860s and 1870s. Their influence extended from the Heathcote Main Store begun in 1853 at the height of the goldrush, to the establishment of a flour milling company in 1861. Christie and Spinks went on to become highly successful business people in Heathcote. Criterion A

147 High Street is of technical significance as a form of building reflecting the requirements of the activities carried out including the storage of grain in garner bins on the top floor, the grinding machinery on the middle floor and the bagged flour on the ground floor. Criterion F

147 High Street is the most distinctive and largest building in High Street and as such, informs the distinctive character of the town. Although it has not been established that the building was designed and builtby James Crowle, his involvement with the company indicates that there is a possibility that he may have been responsible for the design as he was responsible for many of the larger public buildings from the 1850s and 1860s. The flour mill is a highly distinctive building without comparison in the study area. The chimney is a highly visible structure in the townscape. Criterion B

In recent years the building has been occupied by the celebrated artist Leonard French who has added the glass doors. Criterion H