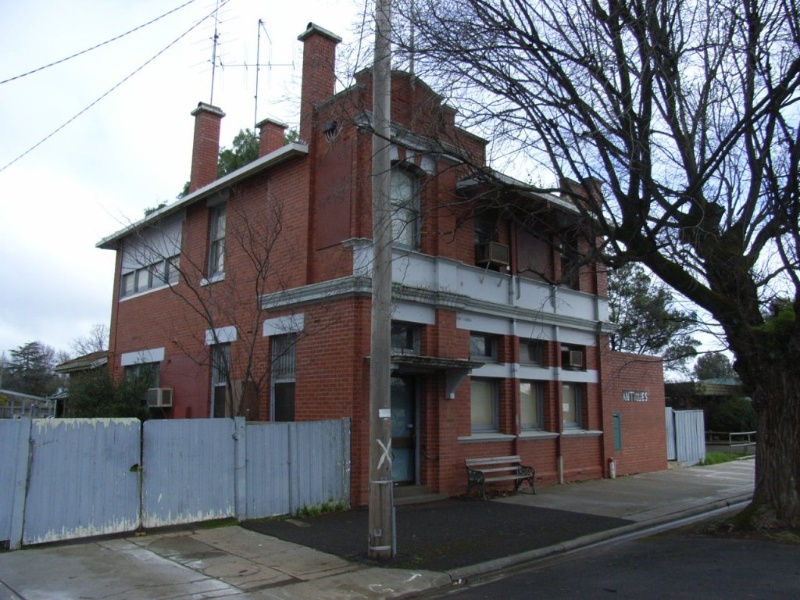 The former State Bank, 151 - 153 High Street, Heathcote, including all the fabric of the 1912 red brick building is significant. The single storey brick building at the rear is also of significance, however the side extension and the timber outbuilding are not.

The former State Bank, 151 - 153 High Street, Heathcote is of local historic, and aesthetic significance to the City of Greater Bendigo.

The former State Bank, which opened in Heathcote in 1912 is of historic significance for its association with the commercial area of High Street, and more generally with the commercial activity of the locality. The bank is also evidence of the expansionary period of the newly formed State Savings Bank which was formalized by legislation the same year as the Heathcote branch opened. Criterion A

The former State Bank is architecturally significant as illustrative of the two storey cubic form, common to commercial banks, although the design is quite advanced for 1912. The building's facade is designed in a stripped classical manner with emphasis on the corner entrance. The windows, arranged in threes, have concrete lintels, and the upper floor window above the door has some banding to the lintel. The former State bank building is aesthetically a prominent element in the High Street streetscape. Criterion D