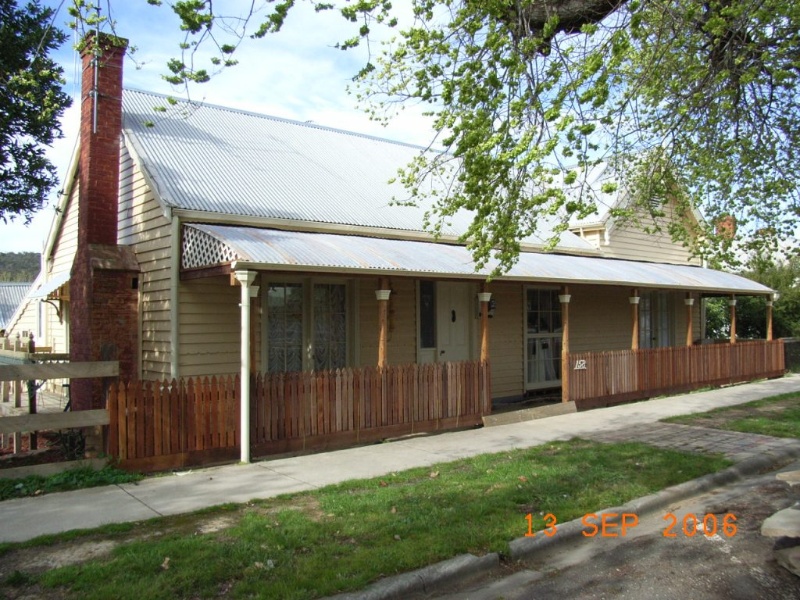 The building at 158 High Street, Heathcote, including all the fabric of circa 1864 timber house is significant. The rear gable roofed building now joined to the front building is also significant.

The timber building at 158 High Street, Heathcote is of local historic, social and architectural significance to the City of Greater Bendigo.

The house at 158 High Street, Heathcote is historically significant for its association with James Crowle who may have built the place as a shop circa 1864. By 1865 it was rated as a factory. The Crowles were prominent members of the Heathcote community. Other works associated with James Crowle include roads, buildings at the Government Camp at Heathcote, the Mechanics Institute, the school at Redcastle, the Federal Hall and the hospital at Heathcote. James Crowle also served as a Councillor for Heathcote during the 1890s.

The house at 158 High Street, Heathcote is historically important as illustrative of small industry which once common in country towns, firstly serving as a soap factory, then as cordial works. First occupant was William Robinson, who ran the Durham Aerated Waters and Manufactory from the premises, then from 1868 to 1870 by Abraham Phillips. Criterion A

158 High Street is architecturally significant as a vernacular timber gabled roof building. The verandah is of a convex profile with timber lattice to the ends. Despite extensive renovations, alterations and extensions to the original structure, the house forms an important part of the High Street streetscape. Criterion D