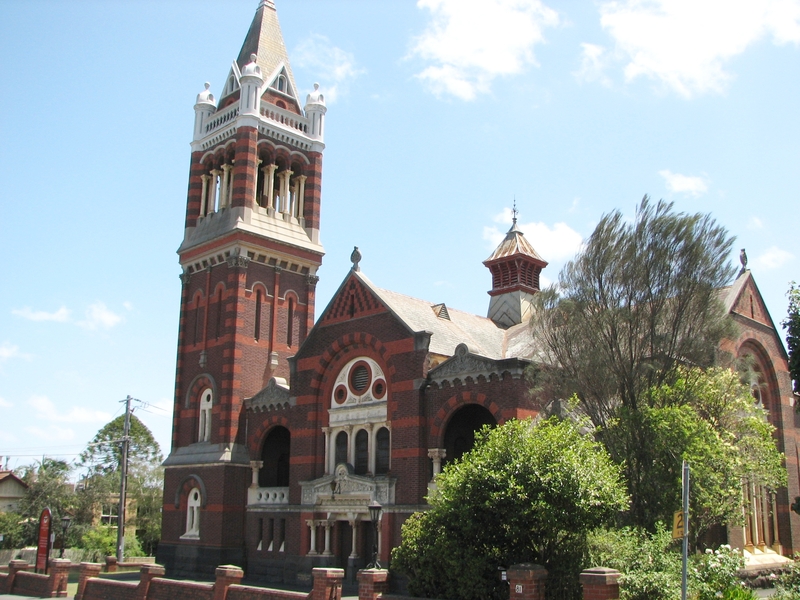 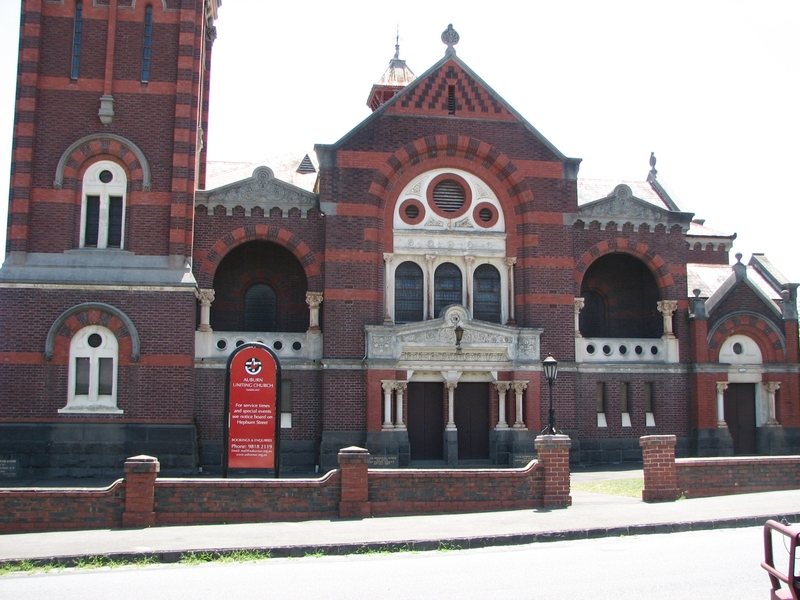 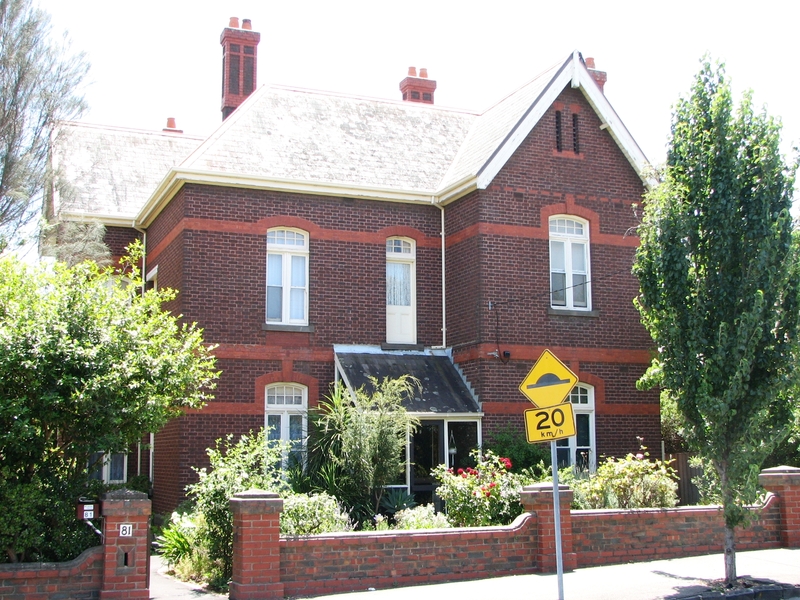 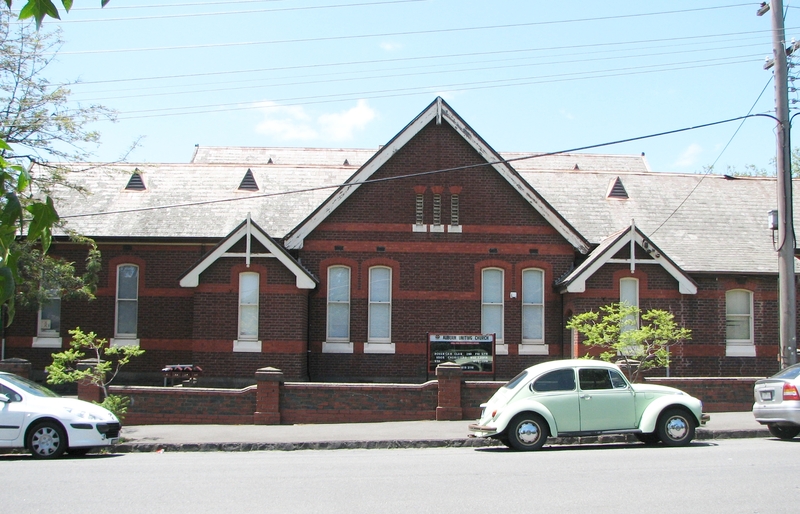 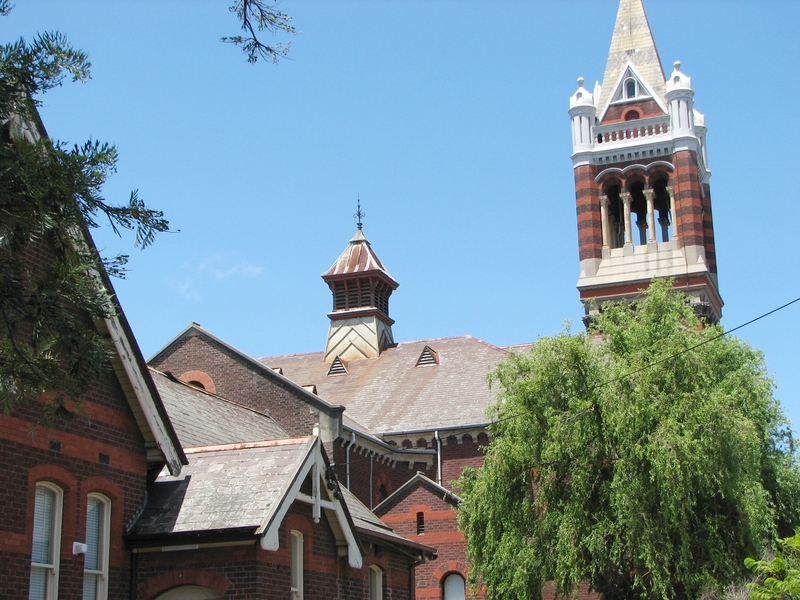 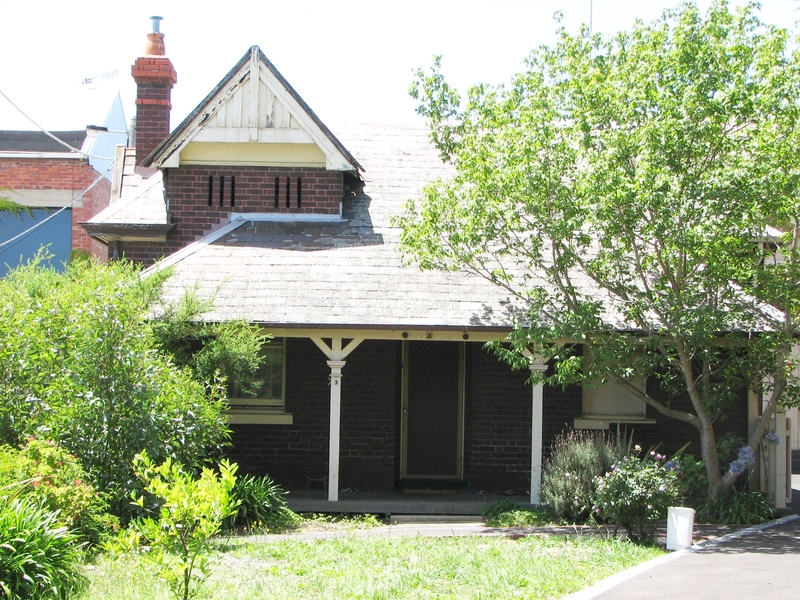 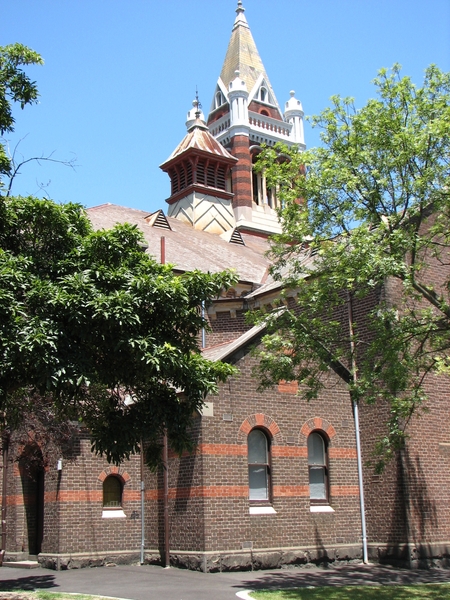 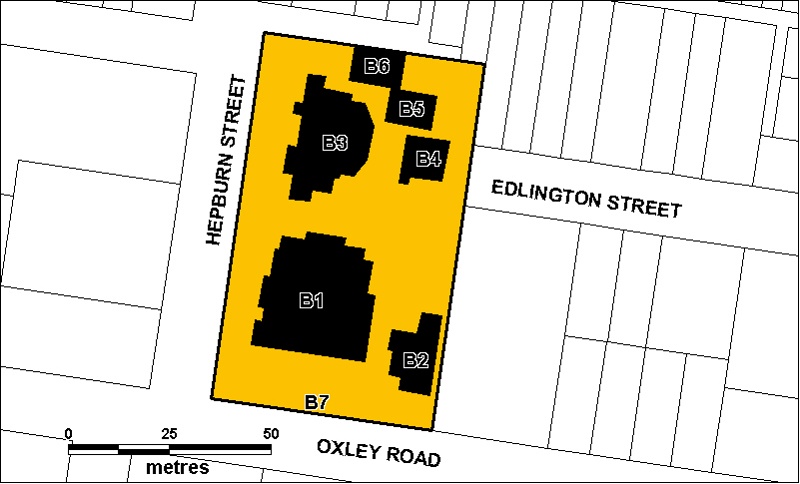 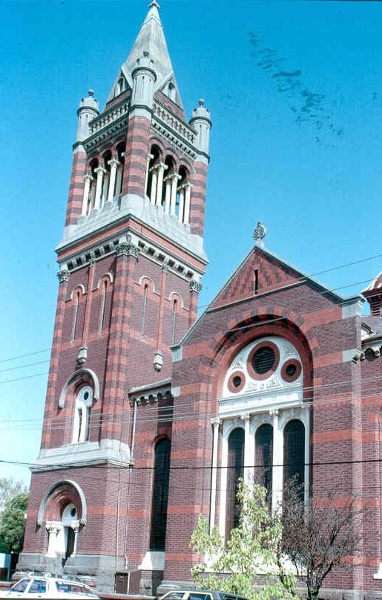 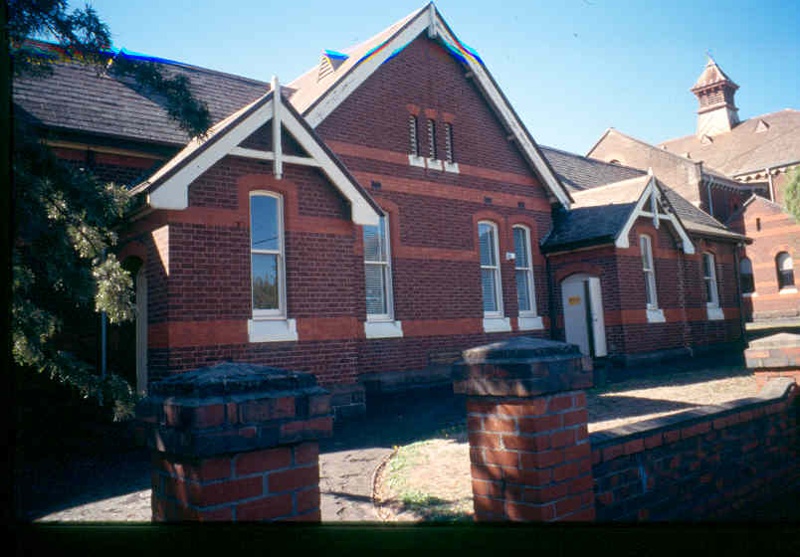 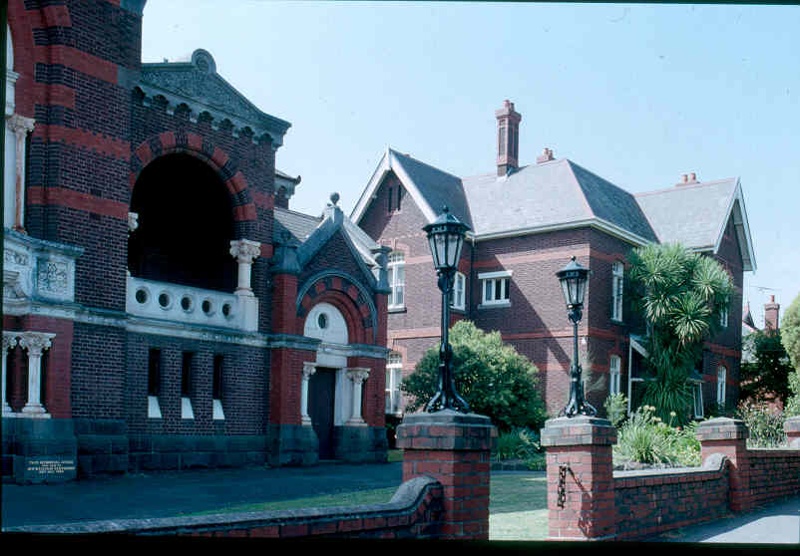 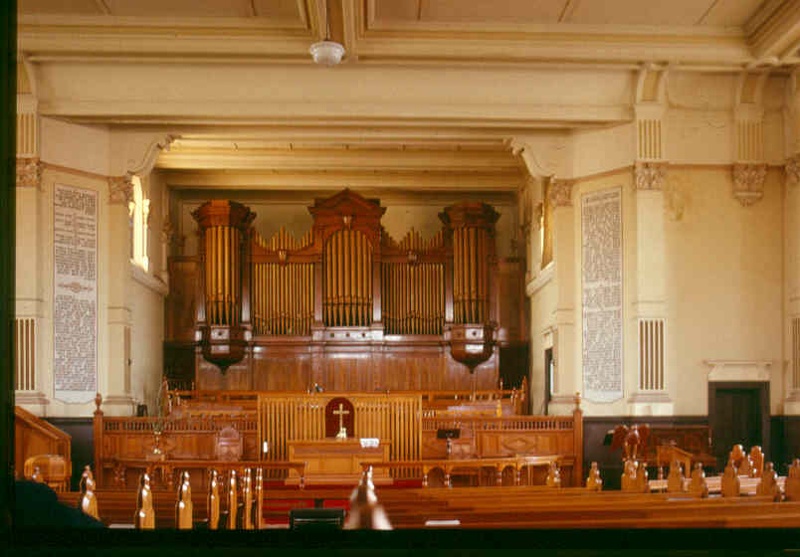 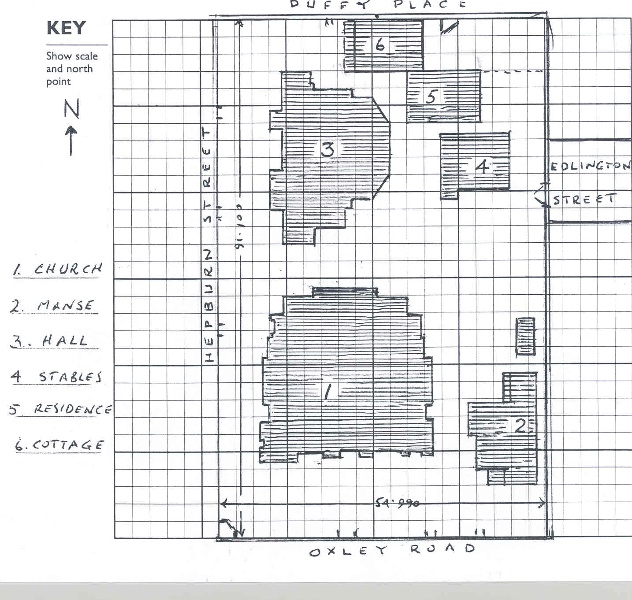 What is significant?
Wesleyan Methodism was one of the flourishing denominations of the Hawthorn municipality in the second half of the nineteenth century. The local Methodist community was known as the "Hawthorn Circuit" and such was its influence that it was responsible for the establishment in 1881 of the Methodist Ladies' College (MLC), one of Melbourne's leading secondary schools for girls.

Between the 1840s and 1880s the Hawthorn Circuit occupied and subsequently outgrew a number of buildings until in 1886 a new, considerably larger, site was selected on the corner of Oxley Road and Hepburn Street.

The Trustees advertised in the Argus, inviting 'competitive designs for church, school and parsonage' on the new site. The successful design was submitted by talented young Melbourne architect Alfred Dunn, who designed a number of churches for the Wesleyans. Once begun, the entire complex took less than two years to construct and was completed in 1890. Dunn died at the age of 29, only a few years after the Auburn complex was finished.

The complex consists of a main church building, a church hall, parsonage, caretaker's cottage, former stables, and a former infants school. The perimeter brick wall may have replaced an earlier timber picket fence. However, it is the church itself which provided the symbol of the Hawthorn's Circuit's affluence, hailed as one of the finest Wesleyan Methodist churches in Victoria. Constructed on a hill, it became a prominent local landmark.

The main church building is constructed in the Lombardic Romanesque style. The predominant theme is the use of banded, dichromatic brickwork of Hawthorn browns contrasted with deep reds. The dominant element of the church is its multi-levelled tower, which addresses the corner of Oxley Road and Hepburn Street.

The main body of the church is two storeys high with a slate roof and has prominent balconies and gables addressing the streets. The relatively plain interior, with some classical detailing of pilasters with Corinthian capitals, is largely intact. It is arranged as a rectangular auditorium with original pews on a raked floor overlooking the chancel and the visual centrepiece of the church, the 1889 organ designed by Fincham and Hobday.

The parsonage, hall and cottage are architecturally complementary to the church building, similarly employing banded dichromatic brickwork on basalt plinths with slate roofs. The hall is a substantial building with separate entrances for boys and girls, a central stage with radiating classrooms and sliding dividing doors.

How is it significant?
The Auburn Uniting Church Complex is historically and architecturally significant to the State of Victoria.

Why is it significant?
The Auburn Uniting Church Complex is historically significant as the major nineteenth century Wesleyan complex in Victoria. It is unusual as an example of a complete, intact and little altered set of church buildings built simultaneously to one design. It is in contrast to other historical ecclesiastical complexes that have evolved over a longer period of time. The complex is historically significant for its early associations with Wesleyan Methodism, an important religious congregation in colonial Victoria, and with the influential Hawthorn Methodist circuit. With one of the largest church memberships, this circuit had the finest set of properties in Victoria and was responsible for the foundation of Methodist Ladies' College, a leading educational establishment for girls.

The Auburn Uniting Church Complex is architecturally significant as the finest example of Lombardic Romanesque church design in Australia. The church was hailed contemporarily as one of the finest Wesleyan churches in Victoria, and has subsequently been described as a cathedral of Victorian Wesleyanism. The church building is architecturally significant as the major work by the young and brilliant architect Alfred Dunn.