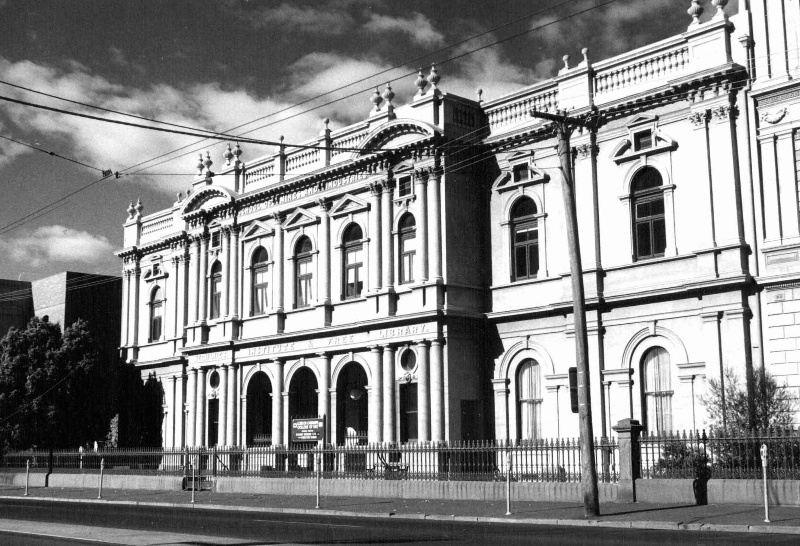 This two-storey brick classroom and workshop block was designed by W.C. Vahland for the School of Mines and built in 1884 by N. Longstaff. The symmetrical brick front facade has rendered pilasters and trim and there is a central pediment over the main cornice. The classrooms were used for geometry, architectural drawing and building construction and W.C. Vahland, the Architect, taught and were an examiner in these subjects.

Fine group of nineteenth century institutional buildings which reflect the civic pride of Bendigo and are fine examples of the flamboyant architectural style that epitomizes this pride. Mechanics Institute features mannerist styles detailing that foreshadow Vahland's work at the Town Hall. Octagonal Library is a notable interior. School of Mines wings are also notable, particularly McCrae Street facade with its tower. Complex forms an outstanding feature of this important historic city.

In the 1880's public assays of specimen of minerals and ores were carried out and the building is of special historical significance as it is one of the earliest extant assaying laboratories associated with the gold mining industry.