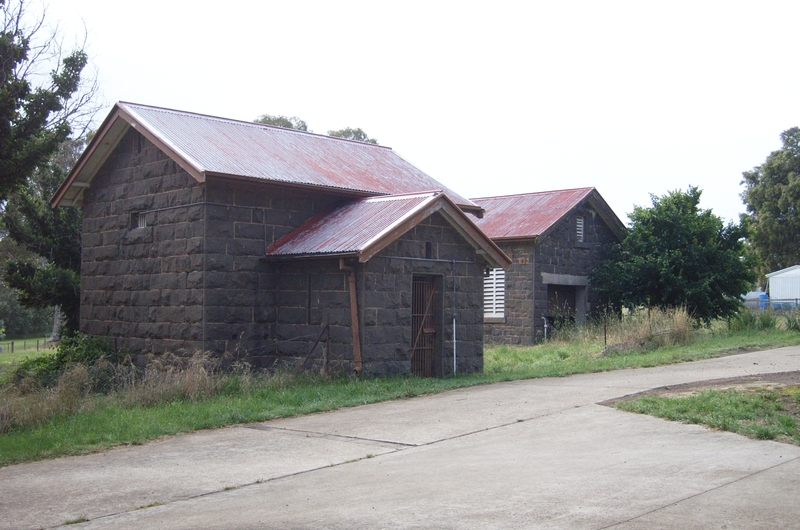 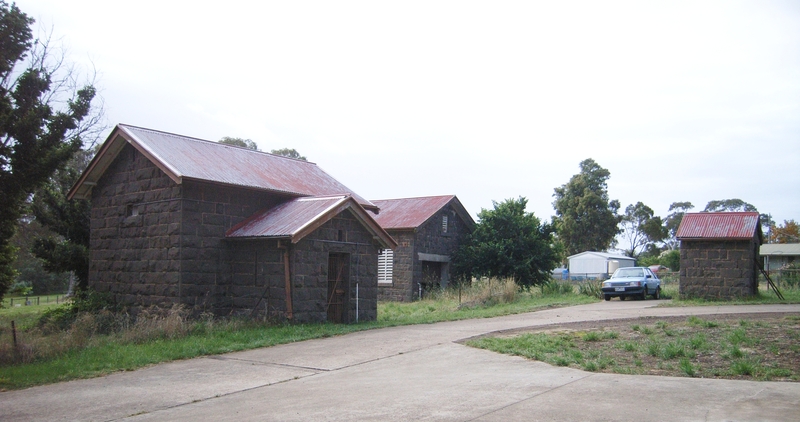 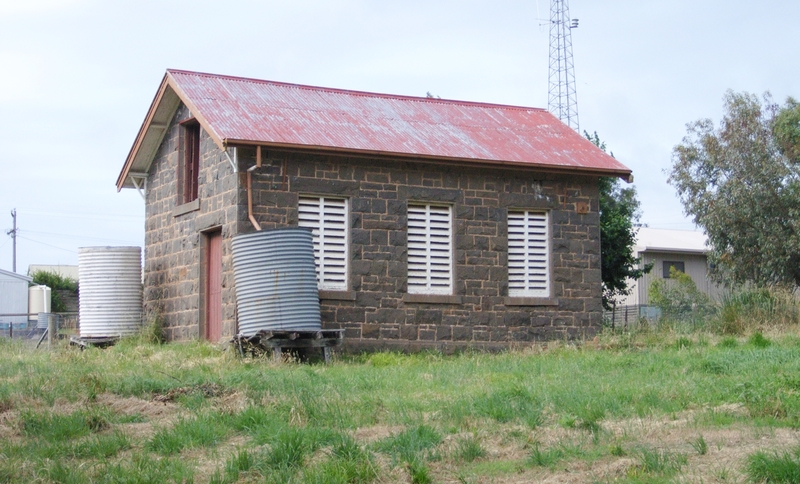 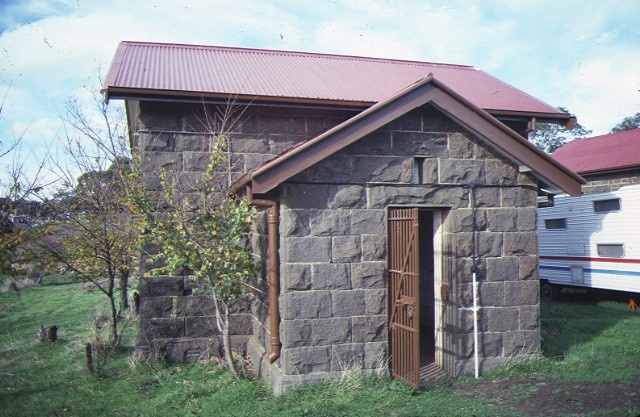 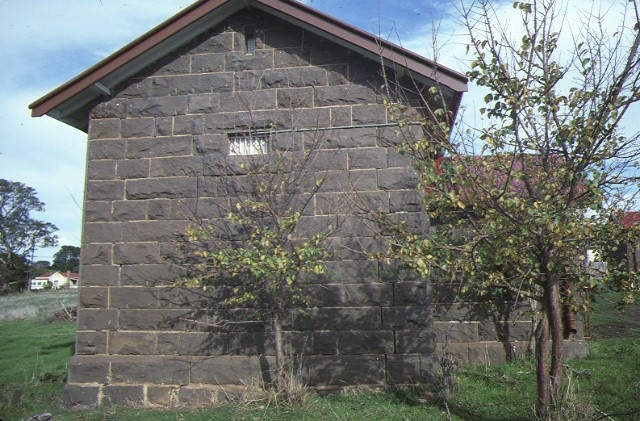 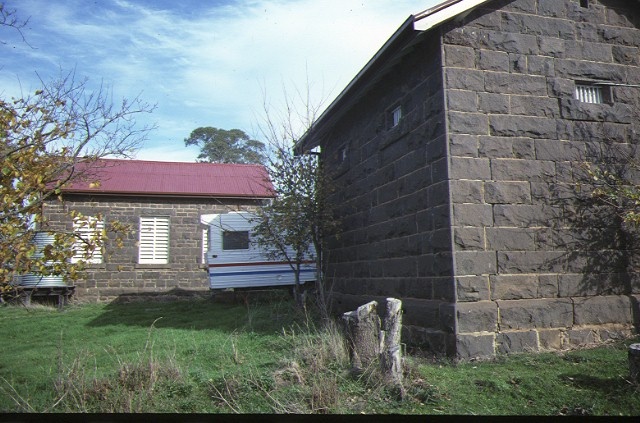 What is significant?
The Lock Up, Dunkeld is a two celled bluestone building with a corrugated iron gabled roof that may have been constructed c.1860s. The building forms part of an early police complex which included a police residence (1861, demolished), stables building (1863), and toilet building (unknown date).

All of the buildings remain in police usage, however not for their original purposes.

How is it significant?
The Lock Up, Dunkeld, and the associated buildings are of historical and architectural significance to the State of Victoria.

Why is it significant?
The Lock Up, Dunkeld, and the associated buildings, are historically significant for their early date of construction. The complex is historically important for its association with the early history of Dunkeld and the continuous usage of the site for police purposes.

The Lock Up, Dunkeld and the associated buildings, are architecturally significant as early examples of police buildings erected throughout Victoria in the mid nineteenth century. The simple detailing and lack of ornament are important features as they reflect the buildings' utilitarian function and demonstrate an important period in the development of the Public Works Department.
Source: Online Data Upgrade Project October 2003