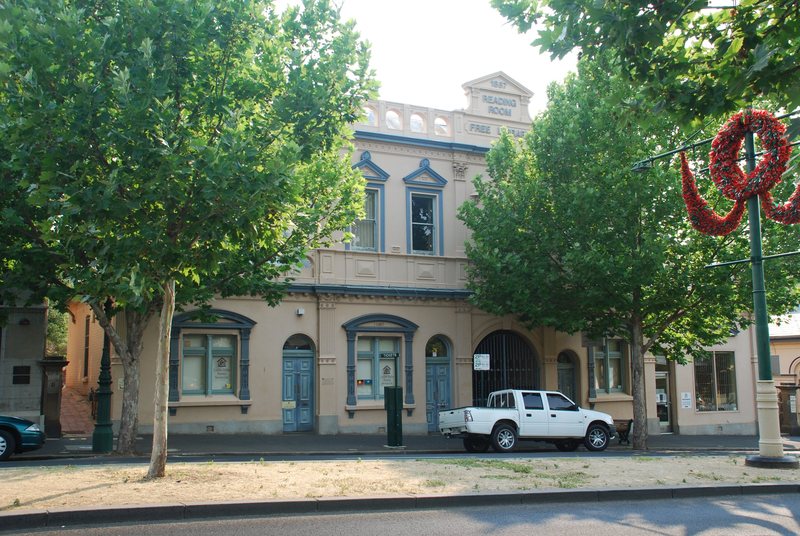 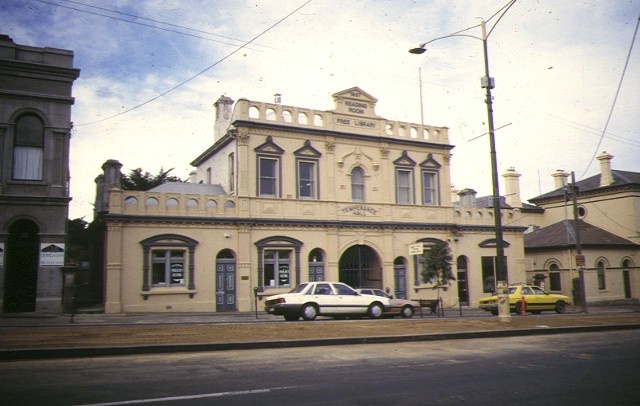 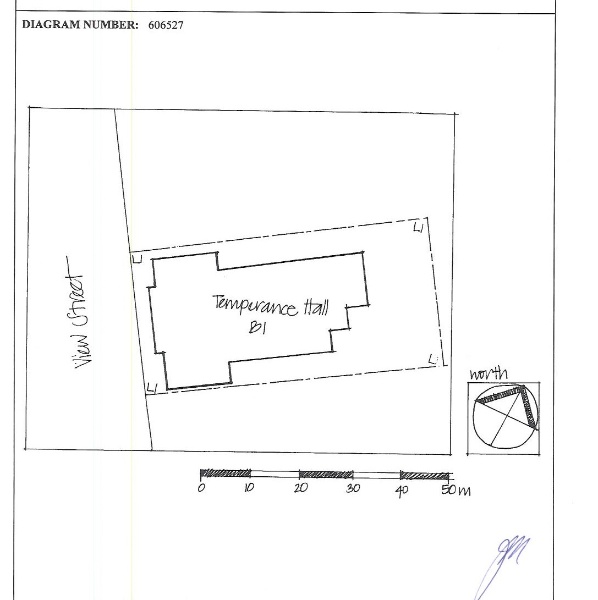 The Bendigo Temperance Hall was constructed in various stages from the late 1850s as a meeting place and public hall for the local temperance societies. The Bendigo Total Abstinence Society formed on 11 June 1857 and immediately lobbied the government for a land grant on which, when granted, they erected a single storeyed rendered brick hall to the classical design of local architectural partnership, Vahland and Getzschmann, opened in February 1861. A reading roofrescom was added to this building in 1862.

The Bendigo Branch of the Australian Natives' Association used the hall for its meetings and as offices from 1874 to 1893. The Bendigo ANA was very active and influential in the Federation movement. Dr John Quick was a key member of the Branch, and he was responsible for developing the draft Australian constitution and a process for a federated Australia that was later adopted as the model in the lead up to Federation.

By 1896 accommodation for a larger reading room and offices was added to the View Street side of the building in the form of a two storeyed rendered brick section designed by James Blair. The building has been retained by the Bendigo Total Abstinence Society who meet in the building. The reading room has been converted to offices. The early 1861 hall has a particularly fine interior, with high level window openings and featuring Palladian arched mouldings lining the walls. Two painted frescos of outdoor scenes are painted on panels formed by arched mouldings on the stage. The design of the Temperance Hall, though composed of disparate elements, is principally classically derived; the early hall in a well proportioned and detailed manner, and the two storeyed section to View Street in a less rigorous and more decorative manner.

The Bendigo Temperance Hall is of historical, architectural and social significance to the State of Victoria.

The Bendigo Temperance Hall has historical and social importance as one of the few surviving purpose built temperance halls in the state. It provides a manifestation of the importance and development of the temperance movement in the nineteenth and early twentieth centuries. It is also significant for its association with the ANA and that organisation's role in the Federation movement.

The building has importance for its architectural merit, with a well composed principal faade. The rear hall, dating from 1860 is an important example of nineteenth century Palladian classicism, a style in its severity and restraint, particularly appropriate for use in a building constructed as a symbol of temperance. The interior of the hall is of particular note, with its finely proportioned internal space, wall detailing, natural lighting and two early frescos of landscape scenes.
Show more
Show less
All information on this page is maintained by Heritage Victoria. Click below for their website and contact details.