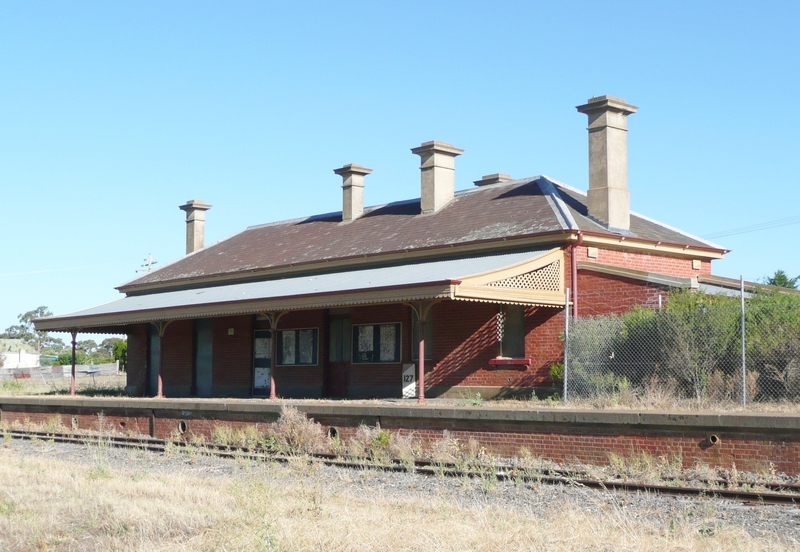 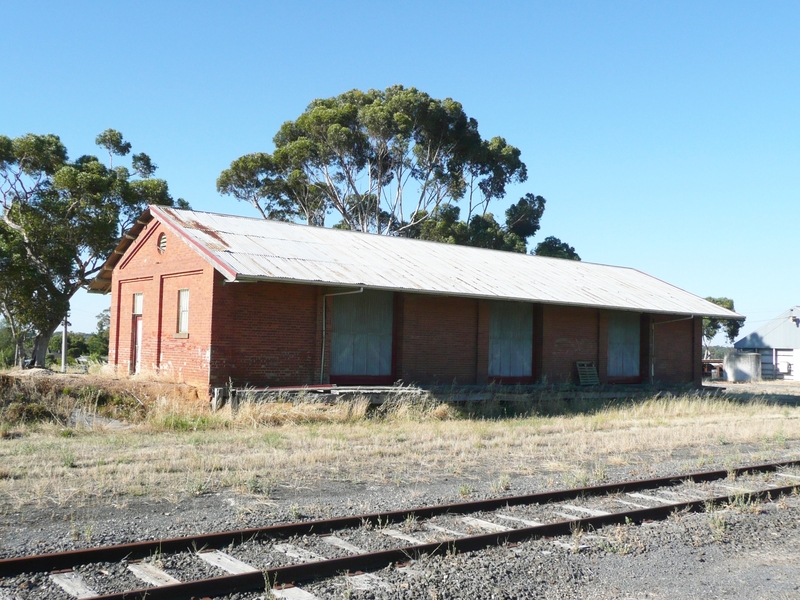 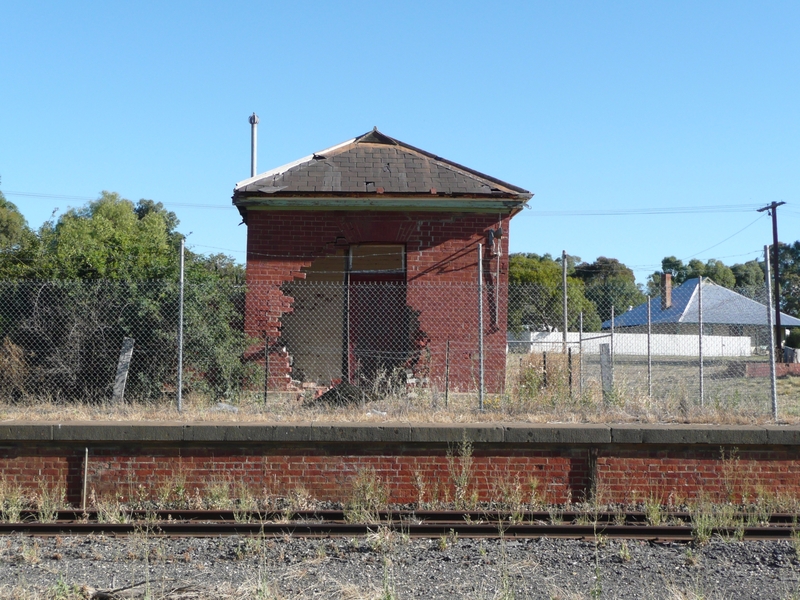 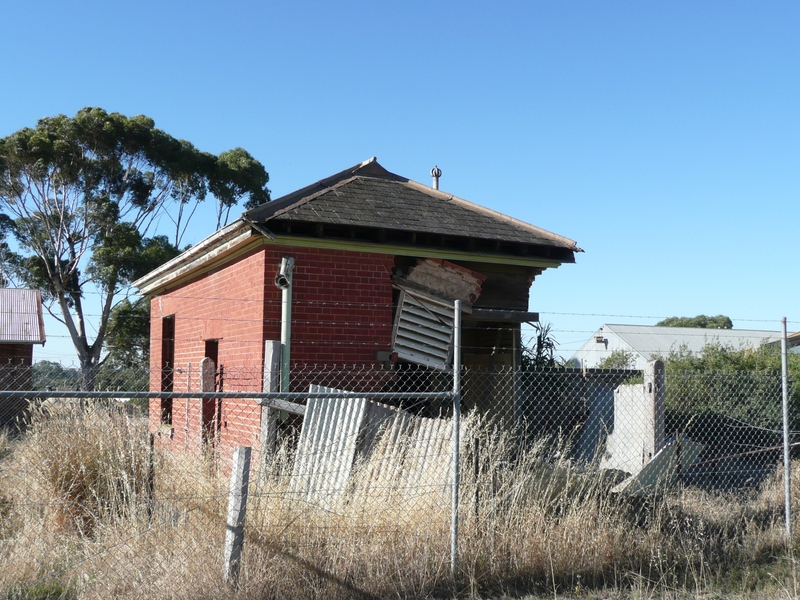 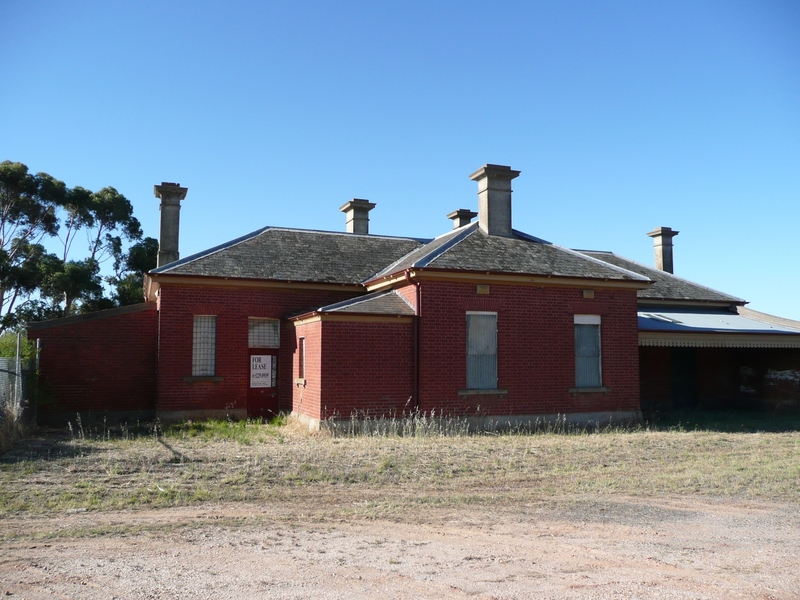 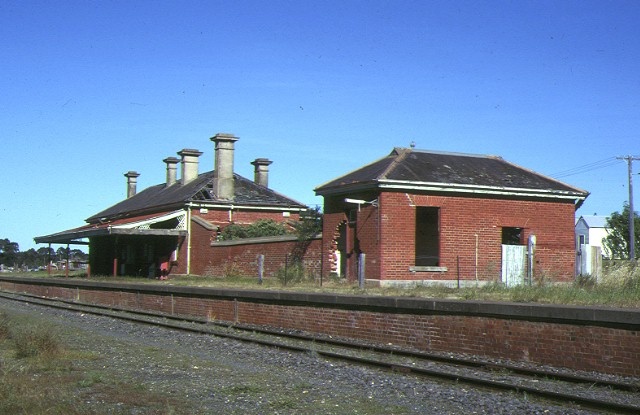 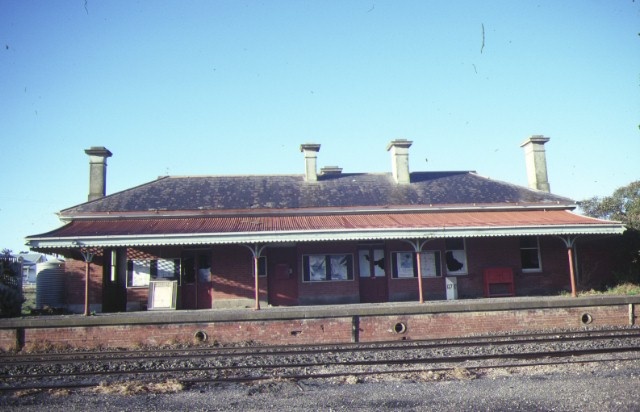 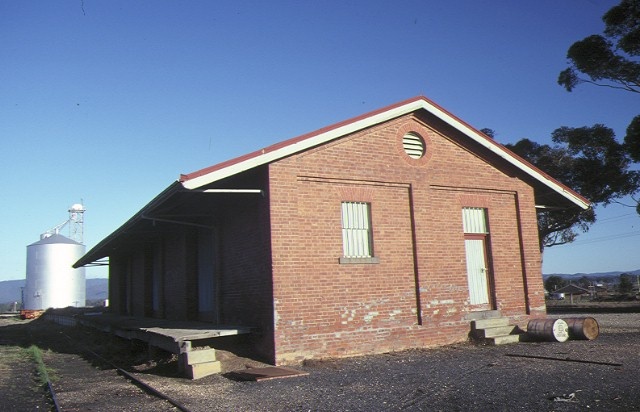 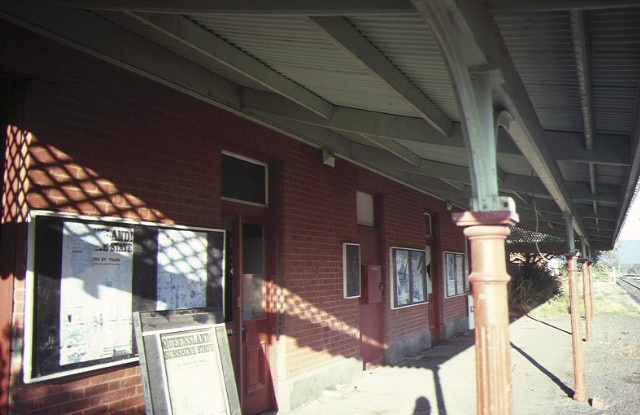 What is significant?
Avoca Railway Station was constructed in 1876 by J Summerland, on the Avoca-Maryborough line for the Victorian Railways. It consists of a hip roofed, red brick station building and residence with cast iron platform and roadside verandahs, and was previously linked by a brick yard fence with the detached lamp room/toilet block. The gable roofed goods shed is constructed of brick with a bluestone coping. Several structures have been removed including the upside buildings, goods shed platform, van goods shed and the turntable. The station has been closed and the line discontinued.

How is it significant?
Avoca Railway Station is historically and architecturally significant to the State of Victoria.

Why is it significant?
The station building is architecturally significant as the most intact example of the 'Dunolly style', a style which was a standard railway station style of the day, restricted to certain lines only, and which is related to the 'Carlsruhe' and 'Creswick' styles. It is characterised by relative austerity in detailing and the use of bell cast verandahs to both sides of the building with cast iron decoration.

The station building is historically significant in recalling the differences in typological group details incorporated in station building design up until the abolition of resident and district engineer's offices in 1878. The railway complex is of historical significance for the key role it played in the development and prosperity of Avoca, providing a vital link with the Melbourne markets. It is significant as a reminder of the rivalry between Ballarat and Maryborough. Both towns were seeking to be the starting point for an inter-colonial line to Adelaide and the North -West of Victoria. Maryborough lost, and Avoca remained the terminus of the proposed line from 1876 to 1890.