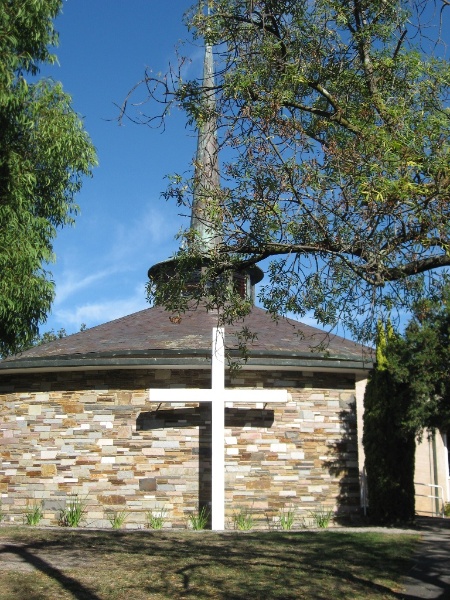 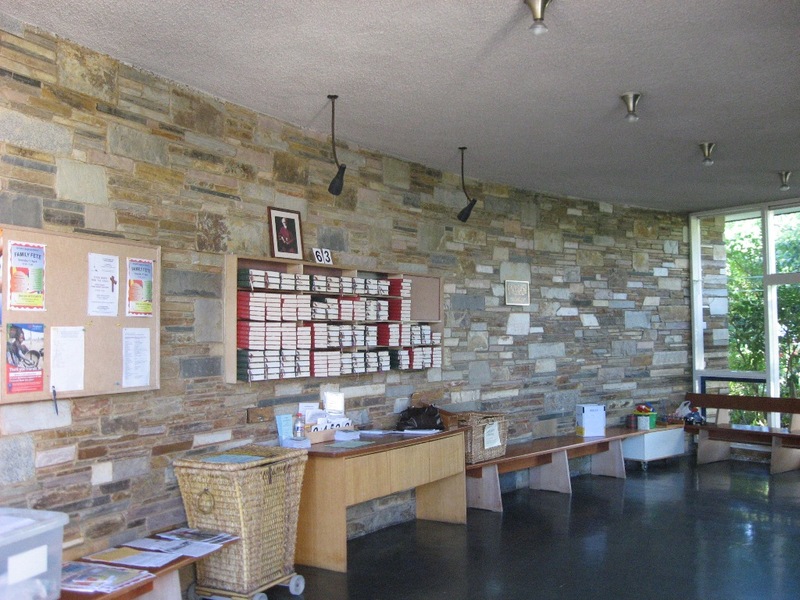 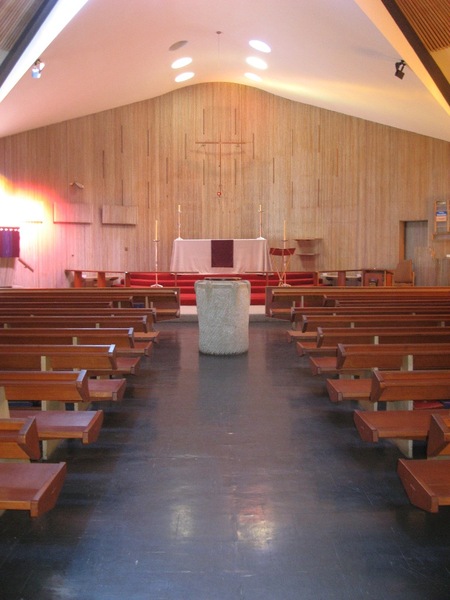 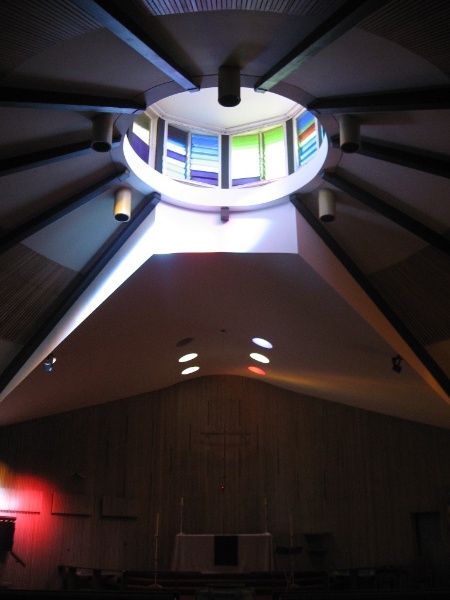 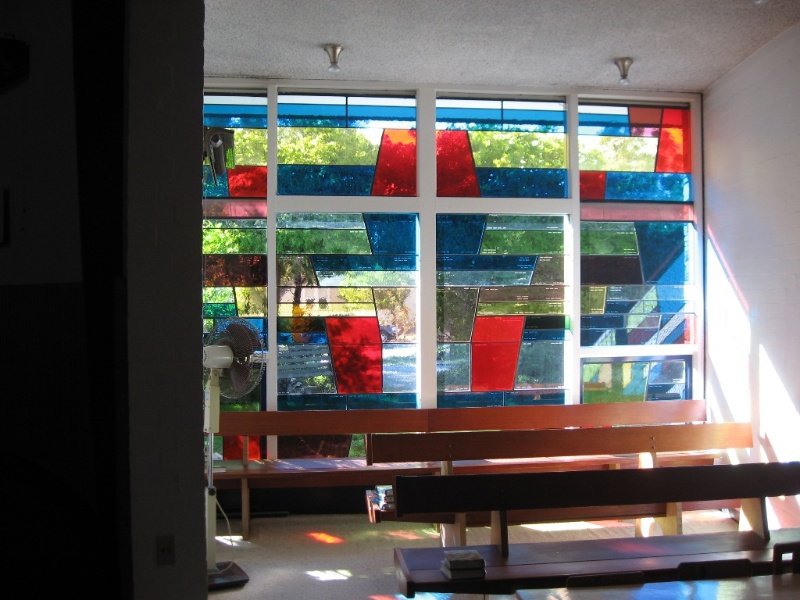 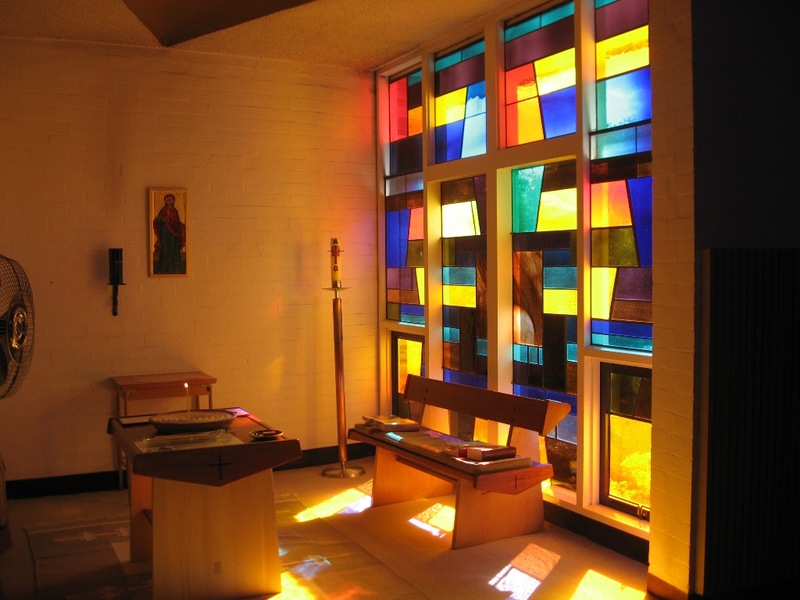 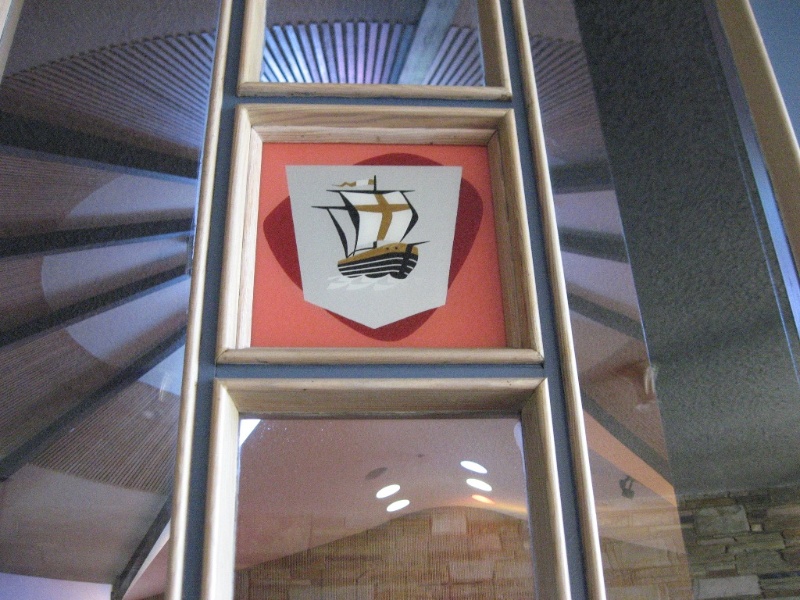 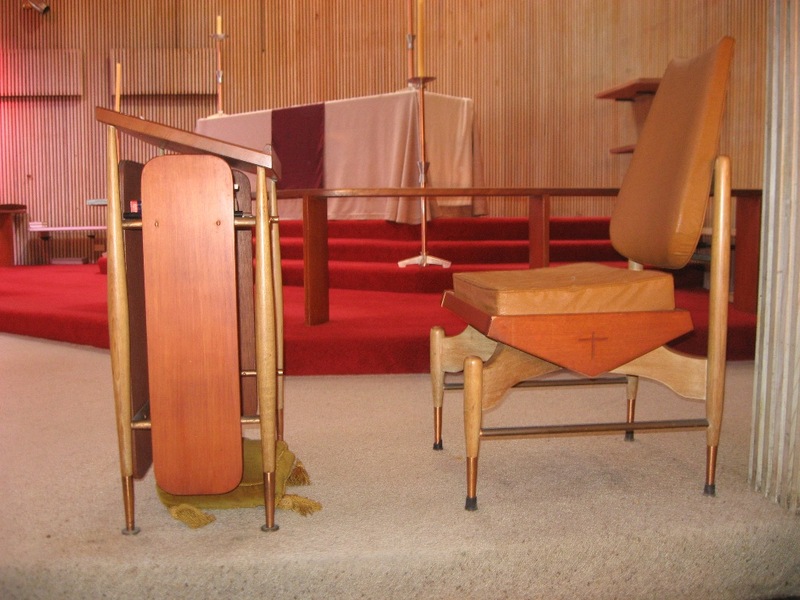 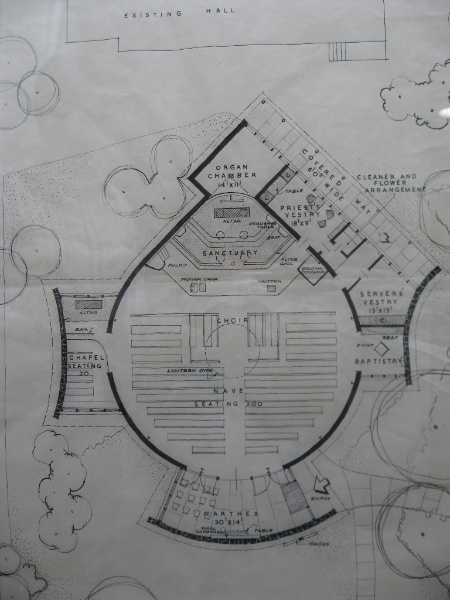 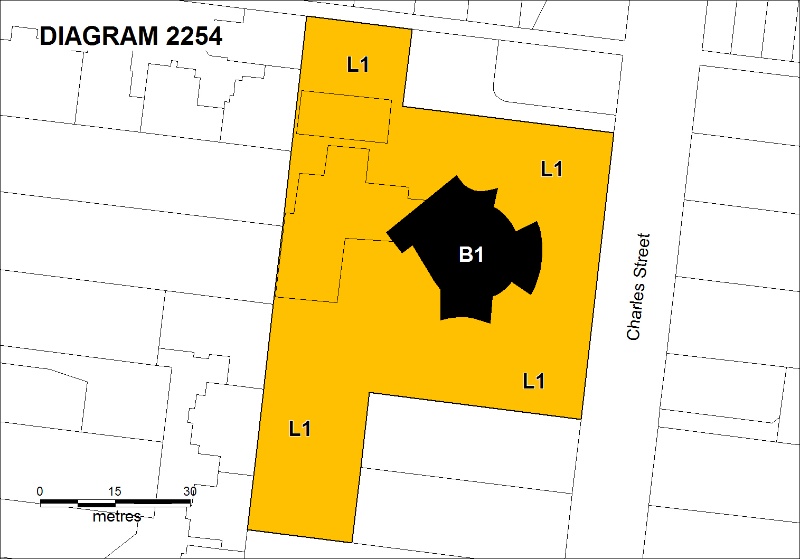 What is significant?
St Faith's Anglican Church, designed by architects Mockridge Stahle and Mitchell, was built in 1957-58 on a site purchased by the Anglican Diocese in Burwood in 1891. The design, by a young Melbourne architectural firm, is an early modern building of striking simplicity and innovative form, influenced by churches of post-war Europe. The church contains a collection of well executed modern fittings and furniture, and stained glass windows, designed by the architects of the church.

The first church on the site was a timber building erected in 1892. The extension of the Hawthorn tram line to Burwood in 1916 increased congregation numbers, however the suburban area was not extensively developed until after World War 2. Two proposals for a larger church building were submitted by established church architects Louis Williams in 1941 and Wystan Widdows in 1953. The latter design was accepted by the church, however it was subsequently rejected in favour of the contemporary and radical design by Mockridge Stahle and Mitchell. This radical design was initially rejected by the Diocese.

Mockridge Stahle and Mitchell, with John Mockridge as the principal designer, was a prominent architectural firm established in Melbourne in 1948, and was particularly well known for its designs for churches, schools and university buildings. At St Faith's the architects adopted a circular plan as a symbol of eternity and unity. The sanctuary end was extended in a triangular form, and a curved narthex, side chapel and baptistery were added to the basic circular form. The resulting broad nave enabled good sight lines, while the circular form conveyed a feeling of unity and intimacy. The resultant plan has been likened to the form of a fish; an early Christian symbol.

Contrasting materials were used in the church which is constructed with a steel frame, walls of pale brick and feature stonework, slate roof and a large central pre-fabricated copper-clad spire. Interior finishes are simple with white walls and ceilings, timber acoustic battens, and a grey vinyl tiled floor. A large central lantern, with coloured glass, lights the nave (the original light diffuser has been removed), roof domes light the altar and bold geometric stained glass windows light the side chapels. The architects also designed the church furniture including the pulpit, pews, lecterns, altar and rails, chairs, tables and candlesticks. Parishioner Esther Harris designed and produced glass and enamel panels containing apostolic symbols for the narthex doors in 1961-62. A pipe organ was installed and dedicated in 1978 and a font was placed in the centre of the church in 1991.

How is it significant?
St Faith's Anglican Church, Glen Iris is of architectural, aesthetic and historical significance to the state of Victoria.

Why is it significant?
St Faith's Anglican Church, Glen Iris is of architectural significance as a highly innovative ecclesiastical design and one of the first truly modern church buildings in Victoria. It is notable for its circular plan, first used by Roy Grounds in the 1950s and subsequently adopted for a range of building types, including later buildings by Mockridge Stahle and Mitchell such as Whitley College, Parkville (1962-65) and the Religious Centre, Monash University (1967-68 VHR H2188). It is of architectural significance as a fine, innovative work of the prominent architects Mockridge Stahle and Mitchell and has always been well regarded as a highly significant work by the architectural profession.

St Faith's Anglican Church, Glen Iris is of aesthetic significance for its simple, boldly lit interior and its stained glass, furniture and fittings which were designed by the architects of the church, Mockridge Stahle and Mitchell. This intact assemblage of meticulously detailed, modern timber church furniture and fittings is highly significant. The symbolic glass and enamel panels, placed in the narthex doors in 1961-62, are also of note.

St Faith's Anglican Church, Glen Iris is of historical significance as an illustration of the combination of new architectural and religious thinking which enabled the traditional forms of church building in Victoria to be challenged. It reflects the growing interest in the interaction between the clergy and the congregation in the church setting in the late 1950s and 1960s and provides anearly and innovative illustration of the effect this had on ecclesiastical design in Victoria.