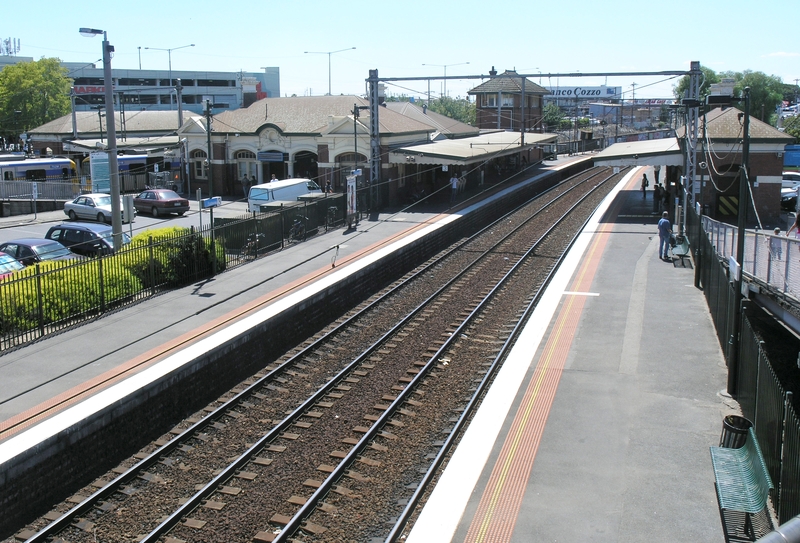 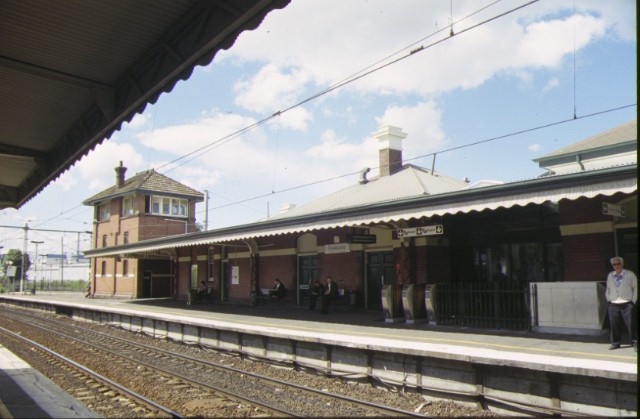 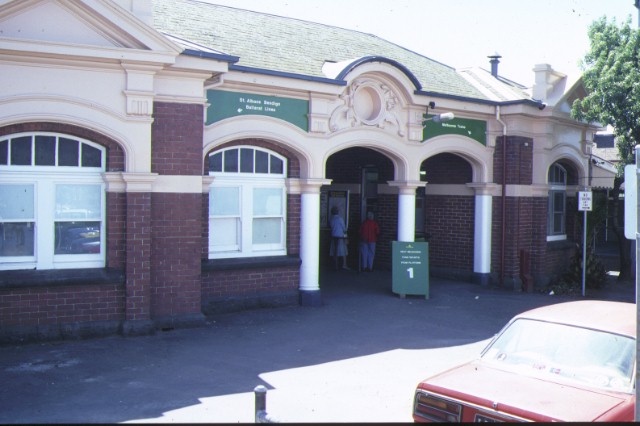 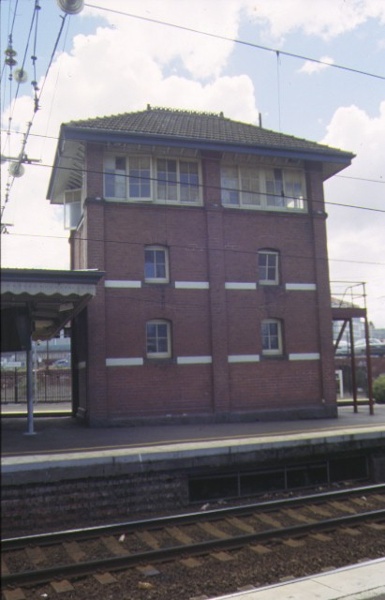 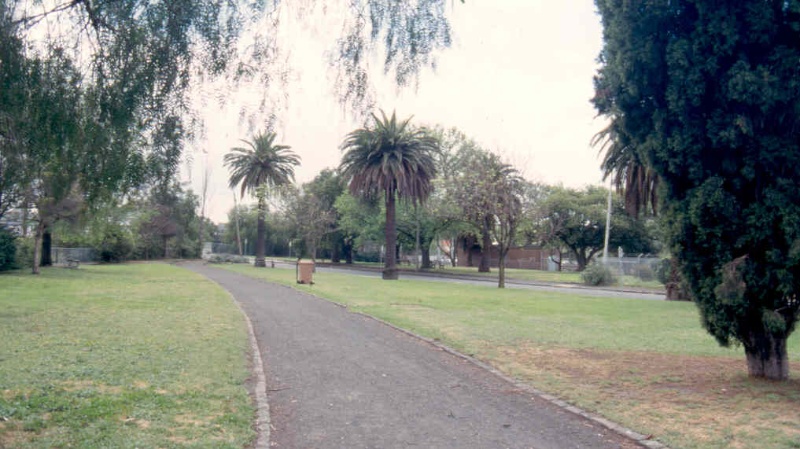 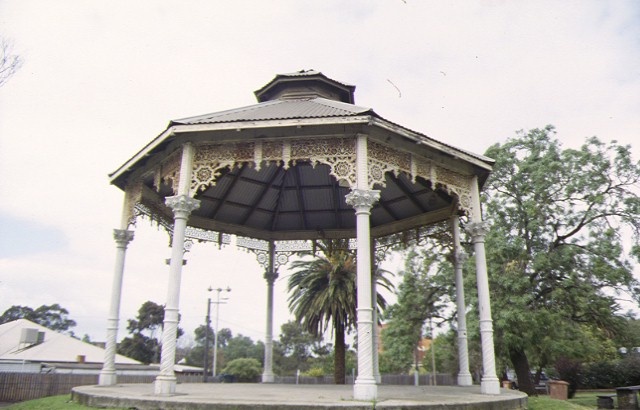 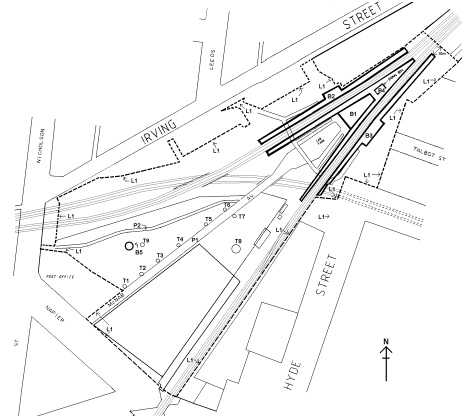 What is significant?
The railway station at Footscray is situated at the point of divergence of lines to Williamstown, Bendigo, Geelong and Ballarat. Originally two stations, one on the first major government-built railway (Bendigo 1859) in the colony and the other on the first rural line built (Geelong 1857, Williamstown by 1859), this became one extensive brick complex straddling the branching of these two lines during 1899-1908 (upside 1900, down 1908), some distance to the east of the original Napier Street site. R. Vickers and local Frank Shilabeer were the two contractors. A signal box was built at the end of the centre building after 1908. In place of the old Napier Street station site was the two-acre Railway Reserve ornamental gardens and rotunda, developed in the same period but in existence as a fenced reserve since the railway’s construction. These gardens have been leased by Council from the Railways Department.
Footscray Railway Station Complex consists of three red brick station buildings and four platforms. The central building has a V configuration and elaborate detailing at the entry. Common details of the buildings include, cantilevered platform canopies, cement banding, bluestone quoin work around doors, arched windows and stucco cornice bands. At the end of the central building is an empty signal box, also constructed of red brick with render banding. The three buildings are linked by a footbridge and ramps. The remaining railway reserve is situated south-west of the station buildings. Elements of the dramatic landscaping include remnant, mainly exotic planting in the garden, dramatic cuttings and a path system. The focus of the Railway Reserve is the octagonal band rotunda, built up on cast iron columns, with brackets and friezes adorning the timber-framed sheet iron clad roof with lantern.

How is it significant?
Footscray Railway Station Complex is of aesthetic, architectural, social and historical importance to the State of Victoria.

Why is it significant?
Footscray Railway Station Complex is of aesthetic and architectural importance as an excellent intact example of a substantial railway complex constructed at the turn of the century. It is the precursor of a style also used at Jolimont and West Richmond (1901) and Williamstown Beach (1899-1900). It is important for its unusual V-shape configuration and elaborate stucco decoration on the front of the central station building. It is a striking example of a Federation Freestyle design with detailing consistent throughout the buildings. These details include, cantilevered platform canopies, cement banding, bluestone quoin work around doors, arched windows and stucco cornice bands. The surrounding Railway Reserve is of aesthetic importance as it places the buildings within a visually exciting Edwardian landscape characterised by impressive civil engineering works and gardens containing remnant, mainly exotic planting from the period when it was an ornamental garden. The landscaped reserve retains mature exotic trees such as Canary Island Date Palms. On the south the remaining reserve is visually held together by a Moreton Bay Figs and Palms. The bandstand and mound situated in the gardens is a fine example of a cast iron leisure structure with elaborate details.

Footscray Railway Station Complex is of social and historical importance as an early major metropolitan station. It has remained an important interchange station for rural and urban trains since the early establishment of Victoria’s Railway Network in the 1850s. The complex is important for its potential to yield information on the changing nature of railways, locomotive technology and public transport use in Victoria. The Railway Reserve is important as one of only a few such Reserves to have been leased by the local council and used to provide gardens for the public. It is important for its former use as an ornamental garden, long history of continuous public recreational use and for its role in the social and leisure history of the Footscray area.
Show more
Show less
All information on this page is maintained by Heritage Victoria. Click below for their website and contact details.