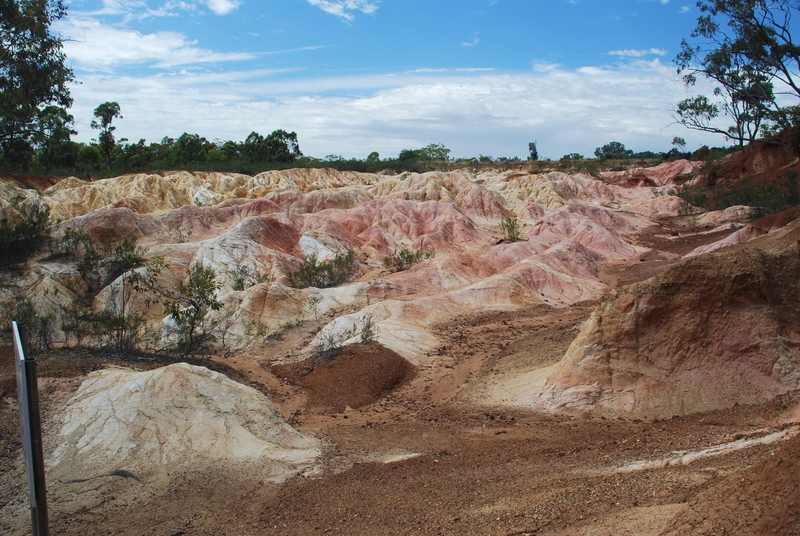 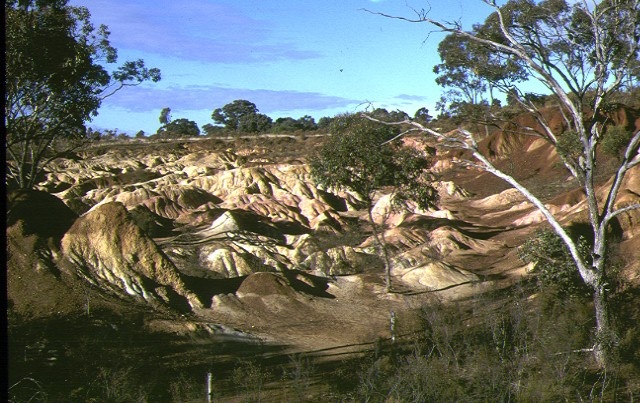 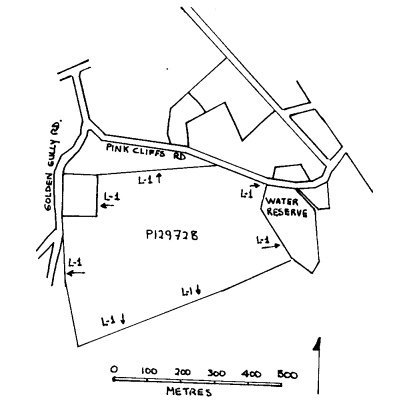 Hydraulic sluicing operations on the site were carried out under the direction of James Hedley from the late 1870s through the 1880s. Hedley's gold mining operations were finally banned because of damage wrought to grazing land. Water for the sluicing was delivered to the site by water race and high pressure pipelines and then directed at the gold-bearing deposits. The associated water race, which runs for some 26 miles, is largely intact. The gold sluicing site is dominated by one large sluice hole, which, due to the highly coloured granite bedrock exposed by the mining, presents a unique and a very dramatic scenic landscape.

The Pink Cliffs Hydraulic Gold Sluicing Site is of historical and scientific importance to the State of Victoria.

The Pink Cliffs Hydraulic Gold Sluicing Site is historically and scientifically important as a characteristic and well preserved example of a redundant form of gold mining. Hydraulic sluicing was an important late nineteenth century development in mining technology, which enabled the continued and more efficacious exploitation of Victoria's dwindling alluvial gold deposits. Gold mining sites are of crucial importance for the pivotal role they have played since 1851 in the development of Victoria. The Pink Cliffs Hydraulic Gold Sluicing Site is also significant because of its association with Thomas Hedley, who, as a pioneer in the development of sluicing and dredging in Victoria, was a prominent figure in the State's late nineteenth century gold mining industry.