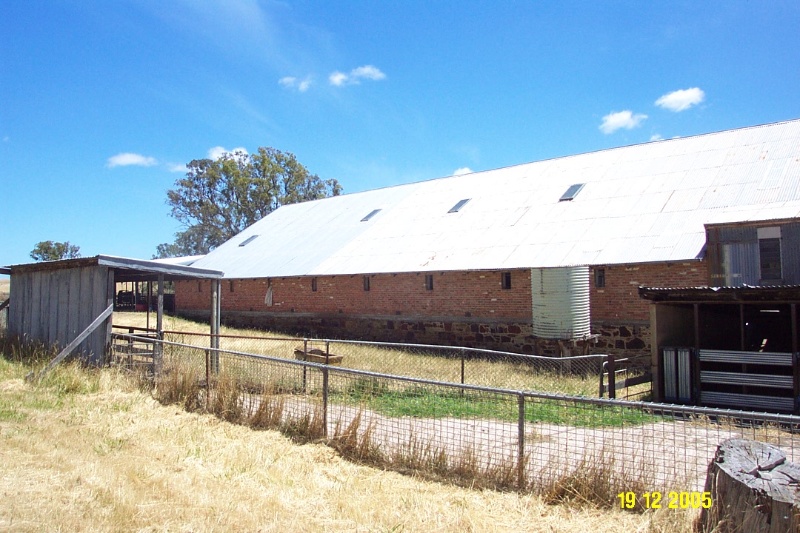 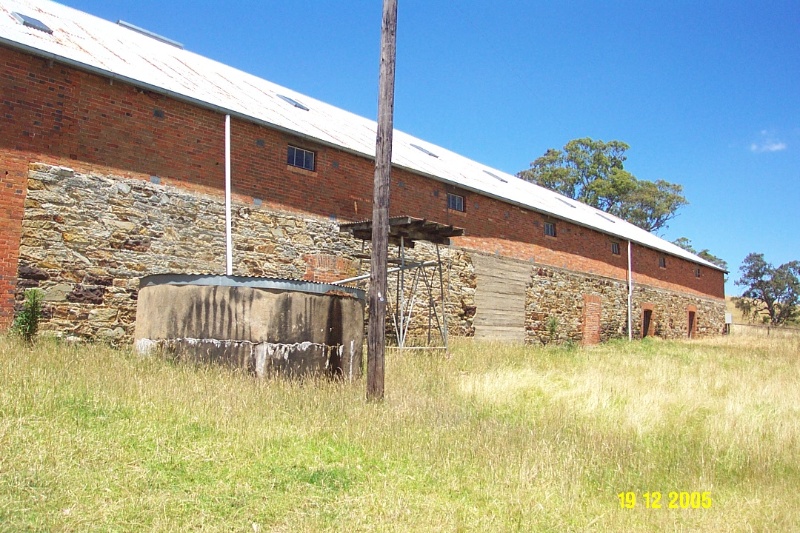 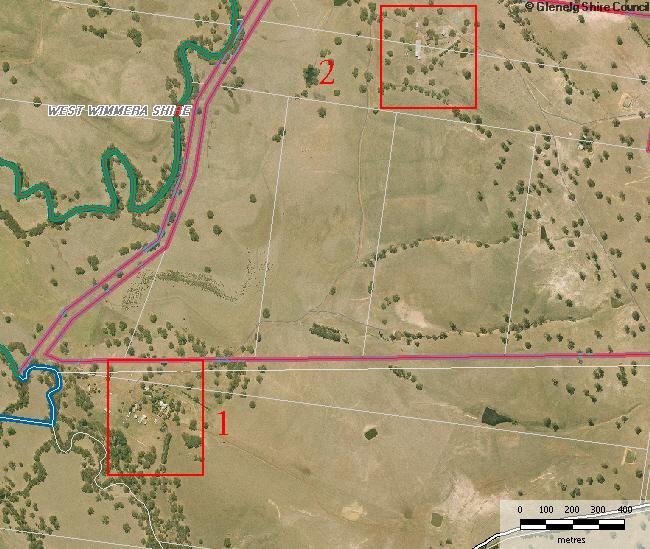 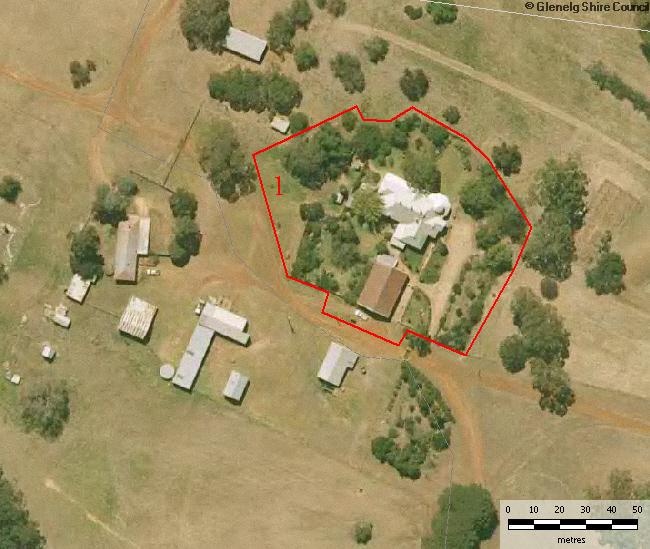 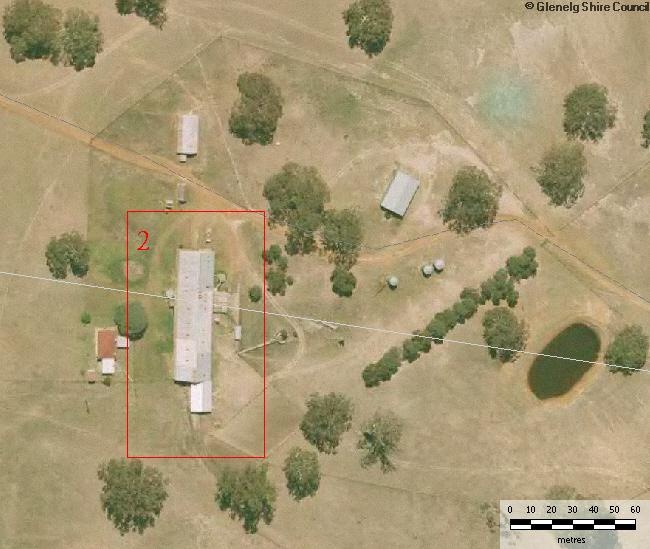 What is Significant?
Roseneath Homestead Complex is located overlooking the Glenelg River, approximately two kilometres north of the intersection of the Casterton-Apsley Road and the Warrock Road, near the settlement of Red Cap Creek. The complex comprises the main house and several outbuildings. The main homestead, the second on the site, dates from the turn of the century. It replaced a very early homestead which has now been demolished. The current homestead is an asymmetrical brick building with a transverse plan. The style of the building is transitional between the late Victorian Italianate style and the Edwardian Queen Anne style and is conservative for the period. A low octagonal turret, typical of the latter, rises from the main corner. This is complimented by a wide timber and cast iron return verandah, typical of the former, which includes a polygonal section around the corner turret. The homestead is set within substantial terraced gardens. Some distance from the rear of the homestead there is a red brick barn now converted into a garage. Its main openings have been altered to accommodate larger vehicles. The woolshed, which dates from 1863 is a very large brick building located a long way from the homestead. It has one large gabled corrugated iron roof, the gables of which are also clad with corrugated iron. There are sheep yards to one side. It is positioned on a relatively steep slope and the basement of the upper section of the building is constructed in field stone which is also used for the plinth at the lower section. Access to the basement is by arched doorways, one of which has been bricked in. Another opening, possibly always much larger, has been closed with shuttered concrete. The differences in the type of brick and the bonding patterns are of interest and suggest not only that the structure may have been built at different stages but that it has also been repaired over a long period. The main door of the lower section has been increased to accommodate very large vehicles. Close to the woolshed there is a corrugated iron outbuilding with twelve-paned double-hung sash windows, possibly associated with visiting shearers. Roseneath was one of the earliest runs taken up in the area, established in 1840 by Matthew Gibson and James Jackson. Later, in 1856, the homestead block formed part of Ralston and Simson's 1856 Roseneath 640 acre Pre-emptive Right. The property remains in the ownership of the Simson family. The homestead is in very good condition. The converted barn, the woolshed and the shearers' accommodation are in fair condition, and all retain a high degree of integrity. No architect or builder has been found to be associated with any of the buildings in the complex.

How is it Significant?
Roseneath Homestead Complex is of historical and architectural significance to the Glenelg Shire.

Why is it Significant?
Roseneath Homestead Complex is of historical significance for its long ownership from 1853 until the present time, over 150 years, by the Simsons, a prominent district family. Members of the Simson family, who were notable producers of fine Merino wool, became Shire councillors and members of the Council of the Graziers Association of Victoria. Of further historical significance is the key role that the woolshed and other buildings have played in the district wool industry.

Although the earlier homestead has gone, Roseneath has retained its historic c1863 wool shed, reputedly the largest in the district. This structureis afine example of a large industrial architectural design from the 1860s. Finally, Roseneath has historical significance for its associations with the neighbouring historic Warrock property. George Robertson Patterson (1841-1912), who married the Rev. Charles Simsons daughter, Mary Grace, in 1875, managed both Roseneath and Warrock Stations in the late 1870s and 1880s. This followed the death of the Rev. Charles Simson (1811-1872) and was until Charles, his son, was old enough to take over the property. Patterson was the nephew of George Robertson, owner of Warrock, and as his heir (George Robertson had no children) inherited that property after his uncle's death in 1890.

Of architectural significance is the large woolshed, dating from 1863, which represents the success of the Simson family and the booming wool industry in the 1860s. The size is unusually large, and the use of a variety of different types of bricks and locally available fieldstones illustrates the various phases of building.