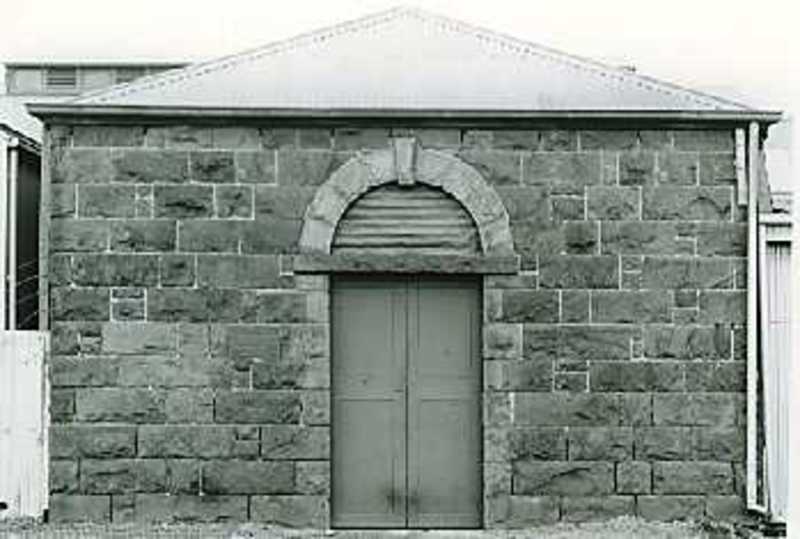 The former Williamstown Morgue is a bluestone structure first erected in 1859 near the Gem Pier and moved twice subsequently, latterlyin 1873 to its present site. Single-storied, the morgue is constructed of random coursed masonry and has a hipped corrugated iron roof, originally clad in slate. The arched entrance has rusticated voussoirs, prominent key-stone and a stone lintel.

The former Morgue is an early sturcture important architecturally but more especially for its role in the history of the historic port of Williamstown. This structure is believed to be the first morgue erected in Victoria. The former morgue is an unique reminder of the era when Williamstown was a thriving port town, from almost the earliest years of settlement in Victoria. Architecurally the simple Georgian style structure is an unique example of a morgue.

Former Morgue is located in the depot of the Ports and Harbours Department and has been variously used, mostly as a store.
Classified: 22/12/1966