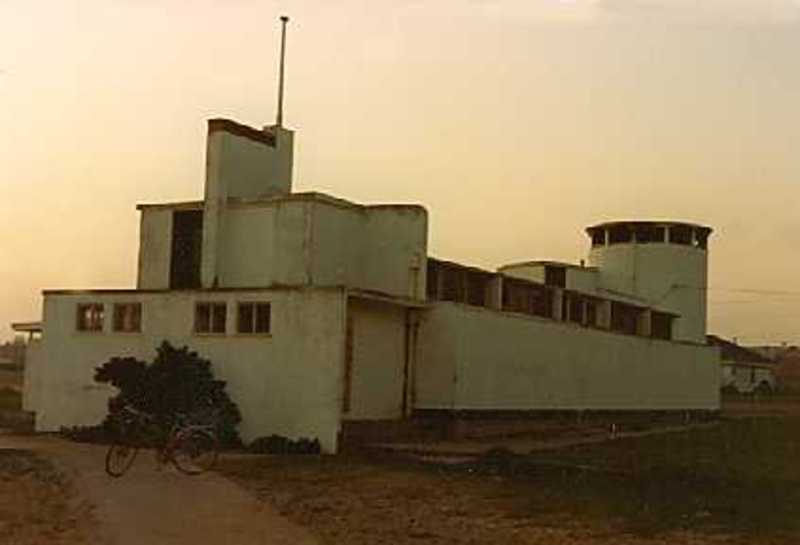 Designed by Bridge & Bogle in 1935 for Williamstown Council, this beach dressing pavilion is of State importance because:
-as a seaside bathing pavilion from the pre-World War Two era, it exemplifies a rare building type;
-its reinforced concrete construction is rare for the use;
-its reinforced concrete construction aids in the expression of the plastic forms inherent in the Streamlined Moderne/de Stijl architectural style employed;
-the style used is unusual for municipal structures (see also Brighton Dressing Pavilion);
-the style used was synonymous with the latest in entertainment/recreational buildings such as cinemas (see Sun Cinema, Yarraville);
-the building is a landmark, being visible from several points along the western side of the Williamstown peninsula and visually encloses the beach from the adjacent carpark;
-its siting perpetuates the site of previous public baths in Williamstown which served the western region; and
-these baths are a reminder of Williamstown's role as a major beach resort in the region and adds an important focus for the other lesser profile public structures erected for recreational use in the area.
Classified: 15/04/1992