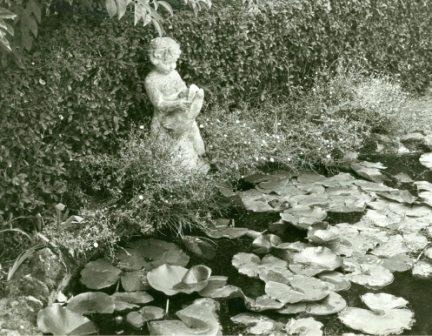 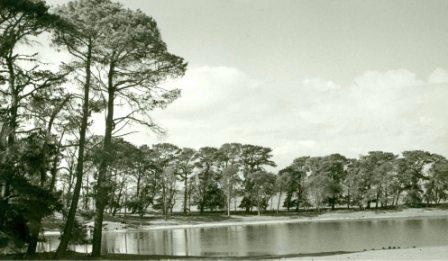 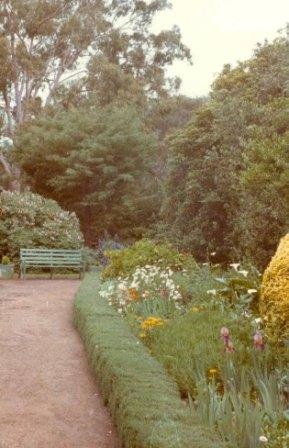 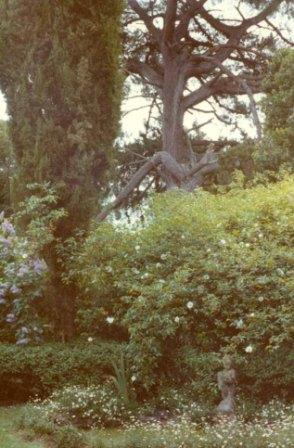 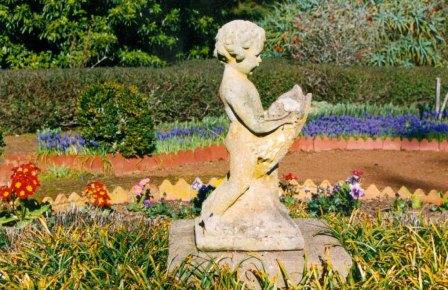 Titanga near Lismore was originally part of the Mt Elephant No 2 pastoral lease of 1838 and acquired in 1859 by Scottish born graziers Wilson and Buchanan. The property was divided into the freeholds Gala and Titanga in 1871. Geelong architects Davidson and Henderson designed the restrained Italianate style single storey basalt homested, cottage and woolshed in 1872 for Alexander Buchanan. The elaborate verandah was added c. 1880.
Titanga is a long established and noted pastoral property with important associations with many pioneer Scottish squatters including Alexander Buchanan and J L Currie. On this celebrated merino sheep run the concept of eucalypt plantation shelter belts was devised. Direct descendants of Currie have developed the house paddock into one of Australia's largest private collections of eucalypts. The restrained Victorian Italianate homestead with manager's cottage and woolshed is a notable work of Davidson and Henderson.
Titanga homestead, manager's cottage, woodshed and eucalypt park are beautifully maintained in virtually original condition.

Titanga, its residence constructed in 1872 and verandah added c.1880, the garden originally laid out by pastoralist Alexander Buchanan, sold and further developed by John Lang Currie and still in family ownership, is of National significance:

- historically, as a fine example of a nineteenth century homestead garden, extended and further developed in the twentieth century; major features include a formal drive and turning circle, arboretum along the drive, formal garden area to the sides and rear of the residence, ornamental lake, shelter belts and specimen trees;

- for its retention of planting from the late nineteenth and first half of the twentieth century, including specimen trees, shrubs, a tradition of floriculture, shelter belts and an arboretum;

- for its extensive use of Australian plants; as remnant indigenous vegetation such as the kangaroo grass in the turning circle, scores of eucalypt varieties along the drive, specimen trees and pioneering use of eucalypt shelter belts;

- for its retention of design elements from the late nineteenth and early twentieth centuries, including path layout, fencing and gates, edging tiles and outbuildings;

- as an integral component of a notable Western District property, demonstrating the early pastoral development by Scottish settlers, continuity of both owner and manager, garden development in a dry area, planned provision for the threat of fire, use of large scale landscape features such as shelter belts and an arboretum, use of utilitarian features for ornamental purposes (for example the lake and gate lodge), characteristic and restrained Italianate residence constructed of local basalt;

- scientifically, for its collection of Australian trees, accurately documented in family records;

- aesthetically, for its contrast between broad landscape features such as the arboretum and shelter belts and the more intimate landscaping around the residence.
Classified: 16/10/1991 National