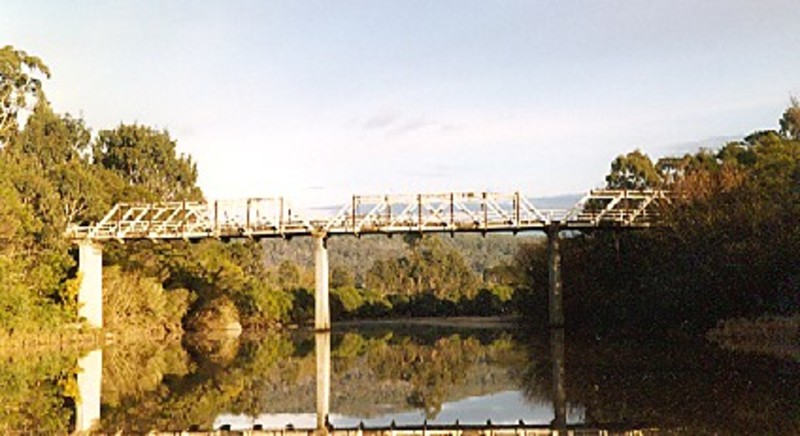 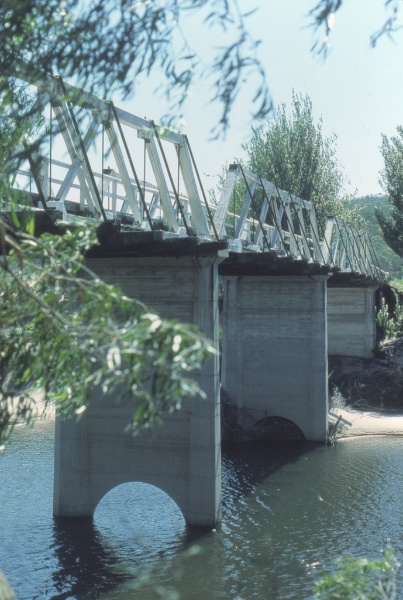 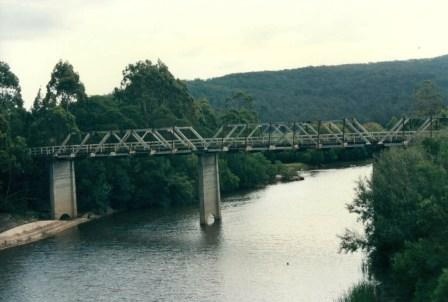 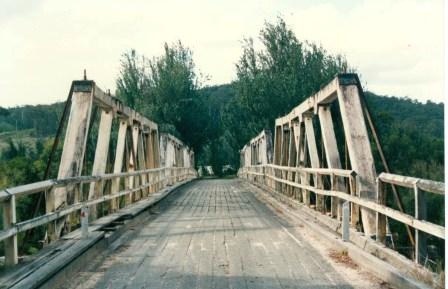 The Genoa River Bridge is historically and architecturally significant at State level. It is one of only five timber truss bridges to survive in Victoria, and of these, the Genoa Bridge has the maximum number of truss spans. Let out to tender in 1925 and completed in 1927, it is the only surviving example of a multi-span timber-truss bridge built by the Country Roads Board. Many Country Roads Board bridges were built during the 1920s with 80 feet span trusses of a standard design based on the American Howe type. While two other examples of this historic Country Roads Board timber-truss pattern survive, also in Gippsland, these only possess a single timber-truss span and simple beam approach spans, and are much less visually impressive.
The Genoa Truss Bridge is Victoria's only genuine 'Highway Bridge' of the type illustrated in Victorian road-and-bridge construction manuals early this century. It was designed and built as an important link on the newly named Princes Highway, when that route provided the only trafficable motor connection between Melbourne and Sydney.
In both its design and its construction, it is associated with some of the most significant personalities in Victoria (and Australian) road and bridge history. Its designers were T H Upton and D V Darwin. Upton was a pioneer expert in Australian concrete road-and-bridge technology, and became the foundation head of the New South Wales Main Roads Board. Darwin was a very eminent Victorian bridge engineer, who became Chairman of Victoria's Country Roads Board. The contractor who undertook the bridge's construction was J T Noble Anderson who pioneered concrete bridge construction in Victoria in partnership with John Monash, and became Victoria's most famous exponent of concrete-road construction while Engineer of the City of Richmond.
Set high on concrete piers, the three timber trusses present an imposing view in an attractive river setting. The avenue of mature poplars on the former approach road enhanced this view and the sense of the bridge as an impressive 'Gateway to Victoria'. Since its closure to road traffic the bridge has played an important social role as a convenient walkway linking township amenities.
Classified: 25/11/1996
Show more
Show less
All information on this page is maintained by National Trust. Click below for their website and contact details.