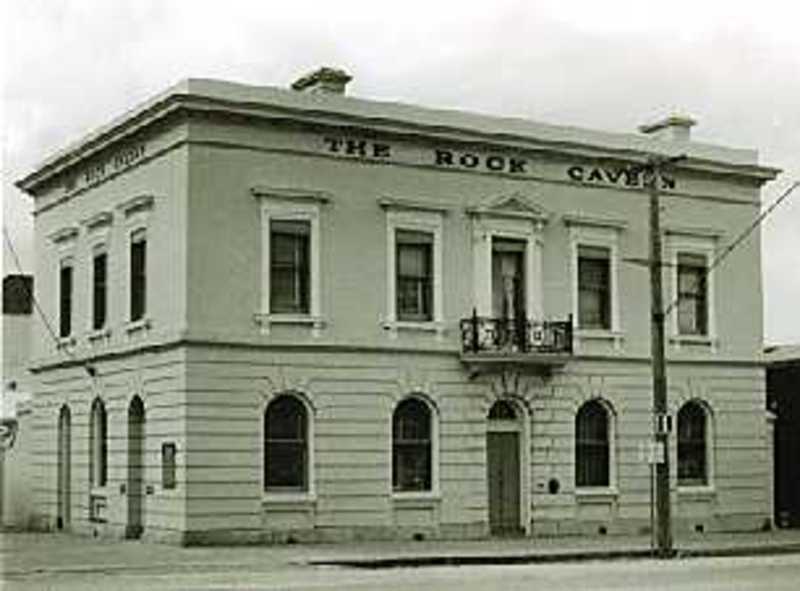 B1297 Former Bank of Victoria, Beechworth (now The Rock Cavern) 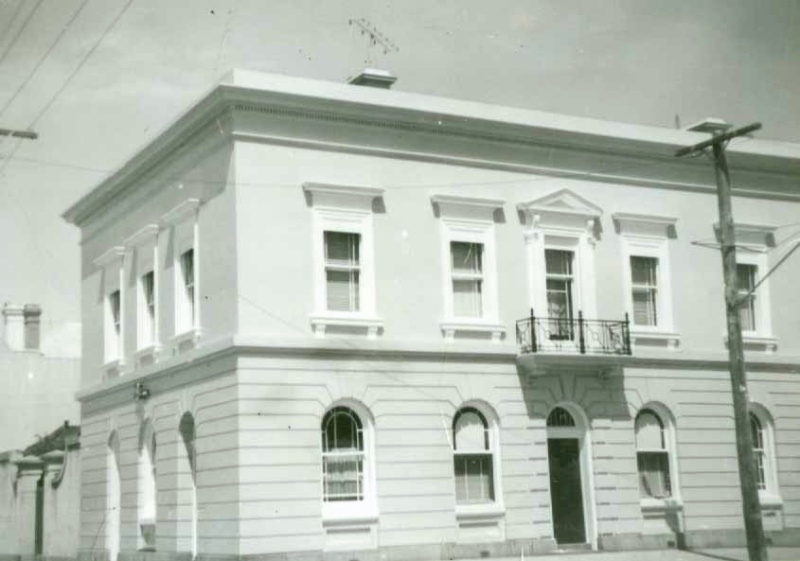 The building was erected in 1867 for the Bank of Victoria and replaced a large stone bank erected on the site in 1857 and destroyed by fire.
The two storey brick structure has rendered facades. The principal facade to Ford Street has a five bay composition with centrally located entrance. The ground floor is ruled and has arched openings. The first floor windows have architraves and hoods. The architects were Smith and Watts.
This is one of the finest conservative classical banks in Victoria. It is a very important example of the architects Smith and Watts, whose works epitomize the best qualities of this style. The bank is designed in the purest classical tradition and consequently rejects its prominent corner position and takes a palazzo form. The architectural composition of emphasizing the principal entrance by richer decoration on the door opening and on the corresponding window above is unique and executed in a highly refined manner.
The new metal gates to the rear yard are not as compatible as the original timber gates.

Reclassified: 07/11/1965
STATEMENT OF SIGNFICANCE (HISTORIC AREA)
DATE CLASSIFIED APRIL 1983
Beechworth is a picturesque nineteenth Century provincial town. It is a well preserved example of a Government and private building, which resulted from the town's important historical role as the administrative and commercial centre of Victoria's north - eastern goldfields. Beechworth was once significant for its position on an early overland route from Melbourne to Sydney.

The town is located sympathetically to the topography, in an area of considerable landscape interest. Set admist forested undulating country, there remain many relics of the mining era in and about Beechworh. It is a rich field for the industrial archaelogy.

There are within the town a large number of historical and architecturally significant buildings. These display a quality of form and richness of material and detail, which make Beechworth one of the most significant of Austraila's goldfield towns. Of particular interest is the common usage of local granite in construction. Its honey colour imparts a quality distinctive to Beechworth.

The highlights of Beechworth are the grid of wide streets flanked with granite kerbing; the streetscapes of considerable integrity with groups of homogeneous buildings set off by mature elms and other exotic trees; and the remnants of historic Victorian gardens. About the town there are many examples of nineteenth century street furniture, signs and fences. Beechworth's historical wealth is of national significance.