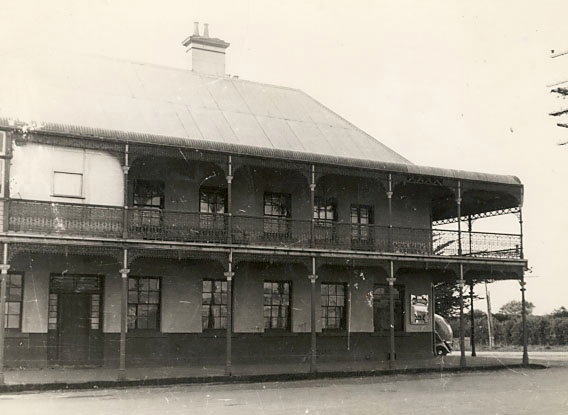 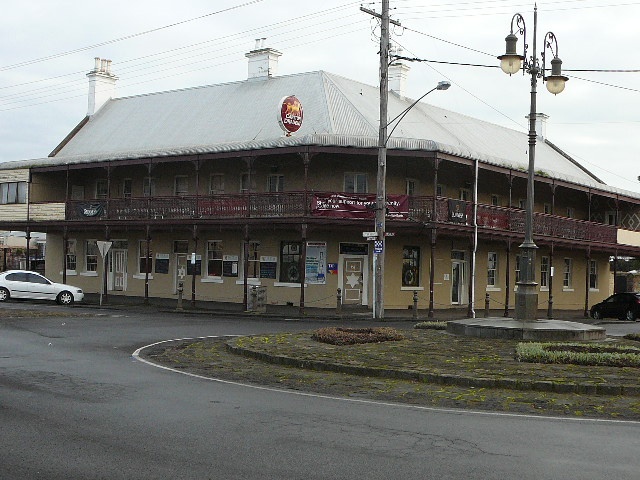 This substantial two storey stone structure was erected in 1856 for John Walwyn Taylor, a West Indian negro and hotel entrepreneur. The colonial Georgian style building originally with a large timber verandah and later replaced with an iron structure, is a utilitarian design of unknown origin. One of the most notable of the many colonial Georgian style buildings in Port Fairy, it was, when completed in 1856, the largest and most commodious hotel in Western Victoria. The extensive balcony verandah was often used for public entertainment and political addresses.
The hotel which was, for many years used as a Cobb & Co staging place, was intended to be part of a chain of 'Star' hotels to be built by Taylor, but which never eventuated because of Taylor's death in 1860.
The 'Star of the West' hotel has been subject to many minor alterations necessitated by the Liquor Commission of Victoria regulations. The exteroir, including the later cast iron verandah, is intact.
Classified: 12/05/1958
Part of Port Fairy Historic Area Classified 02/03/1981.