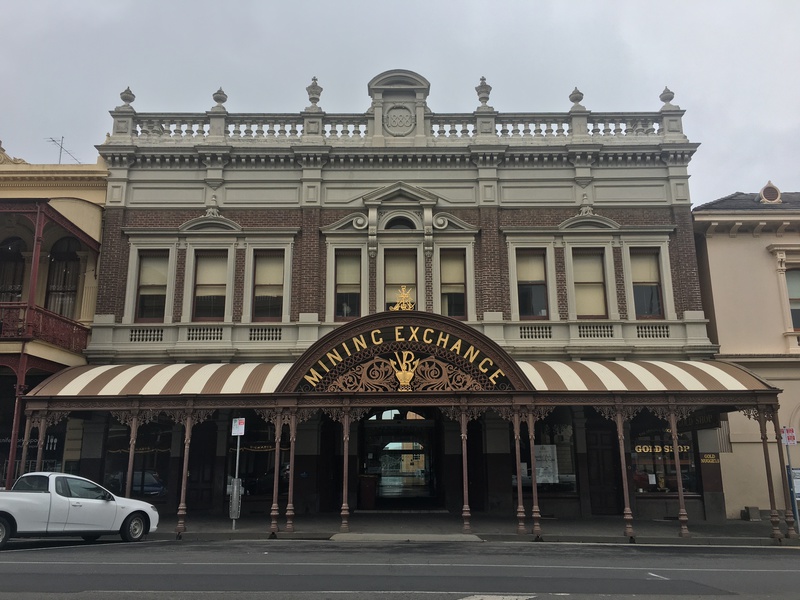 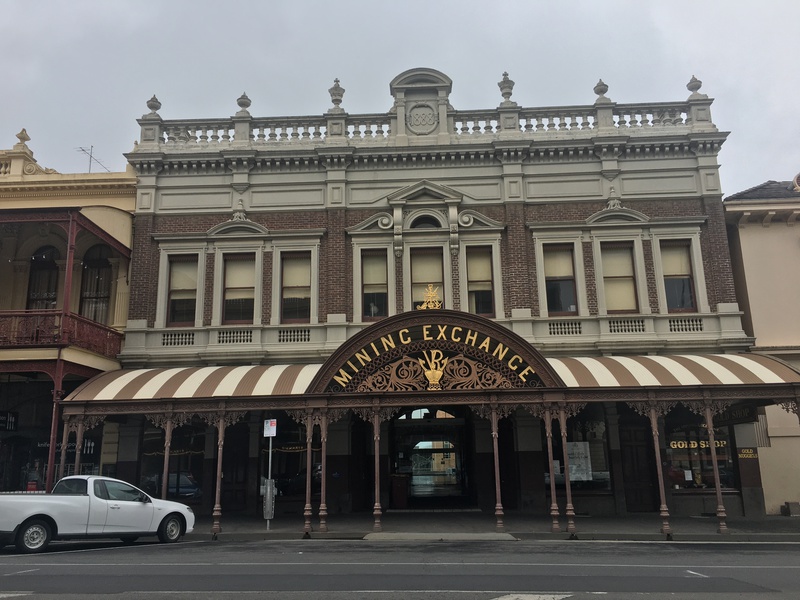 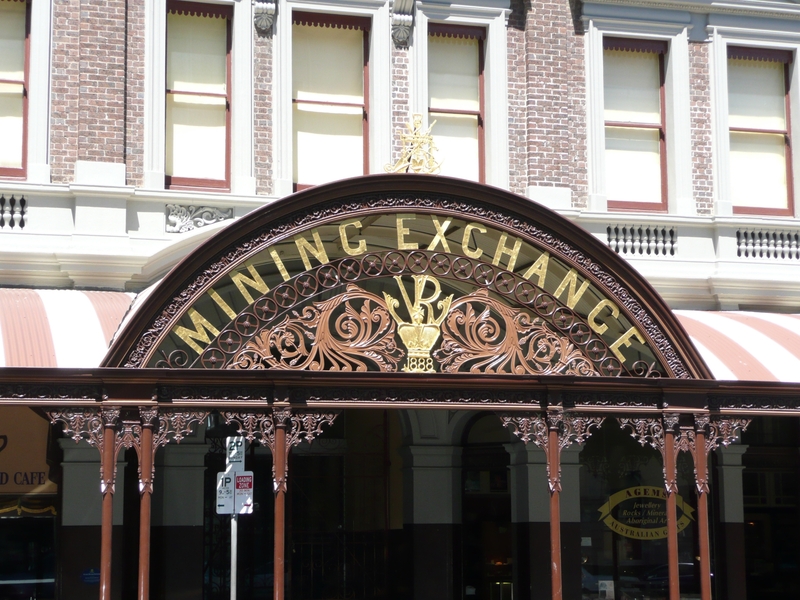 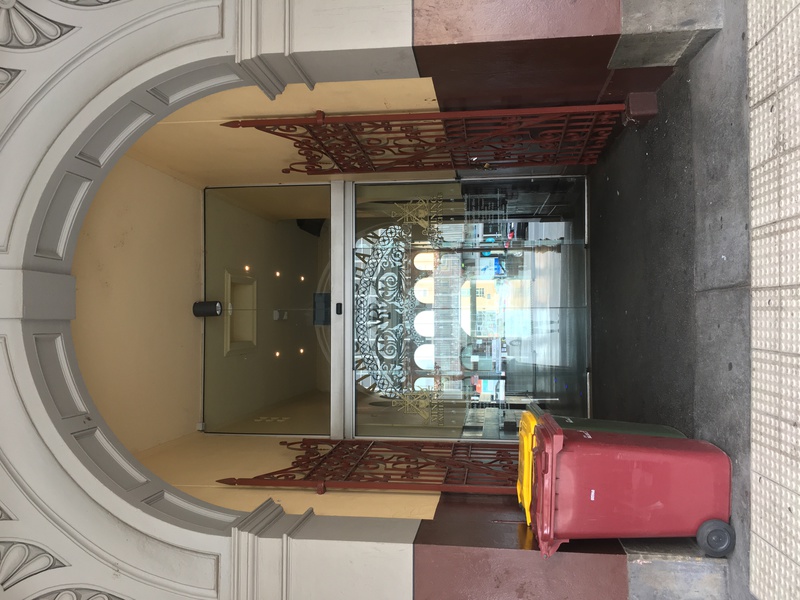 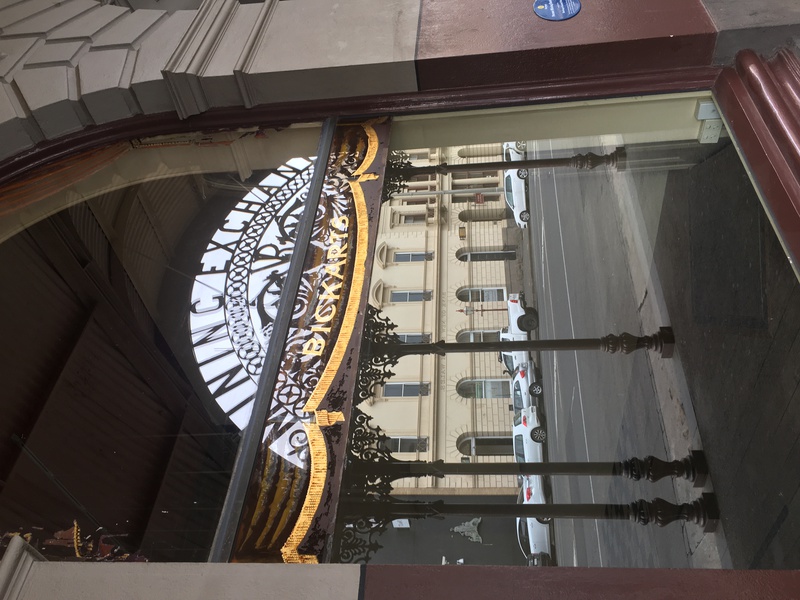 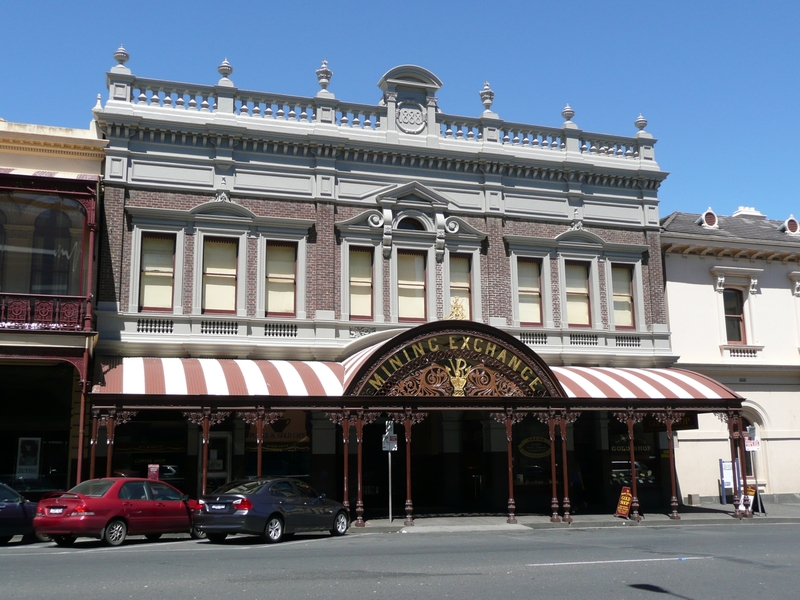 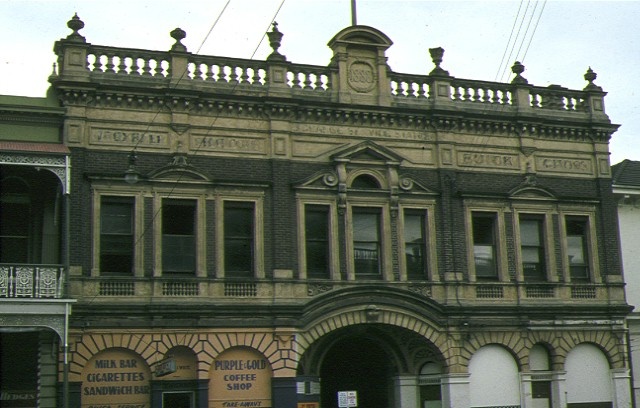 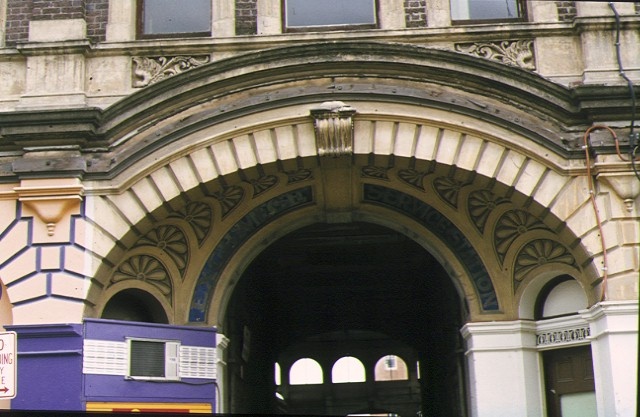 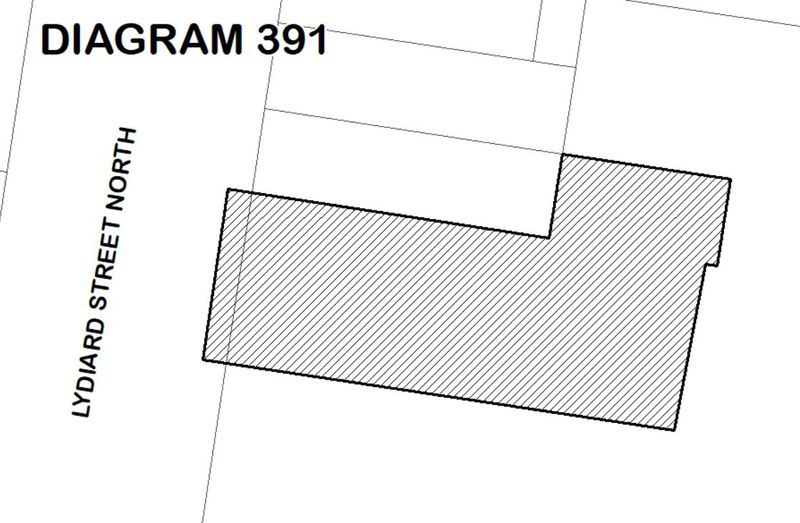 What is significant?
The Mining Exchange building was constructed in Lydiard Street, Ballarat in 1887-9. Foundation stones for this building, the Fine Art Gallery and the Old Colonists Association building, all in this section of Lydiard Street, were laid on 21 June 1887, Queen Victoria's Jubilee Day. It was designed by the local architect C. D. Figgis, and replaced an earlier stock exchange established at the corner of Sturt and Lydiard Streets. As early as 1857, the buying and selling of shares took place as a result of the formation of mining companies, necessary to finance the costly deep sinking of mines. Groups combined to provide funds and shares were made available to the general public. As a result a new class of person arose whose livelihood was in the dealing of shares.

The Mining Exchange building comprises a two storey block of shops at the front and a large single storey exchange hall at the rear. A central entrance in the symmetrical front facade leads to the main exchange hall, which is itself flanked internally by arcaded brokers' booths with arched clerestorey windows above, and a call room at the rear. The bull nose, corrugated iron roof of the main hall is supported on light trusses, principally formed of tension rods. Internally a bow fronted balcony projects above the entrance, set within an open elliptical archway with matching archways either side.

Designed in the typical classical 'boom' style of the late 1880s, the facade of this dark brick building utilises render to provide contrast. Shops are paired either side of a central wide elliptical entrance and prominent rusticated arches dominate the facade at street level. At first floor level, modified Palladian motifs form openings with emphasis placed on that of the central bay. A pedimented window and pediment placed centrally in the balustraded parapet above further emphasise the central bay.

The original single storey verandah was removed in 1964, however this was reinstated in 1986, based on the plans and details of the original.

How is it significant?
The former Mining Exchange building is of architectural and historical significance to the State of Victoria.

Why is it significant?
The former Mining Exchange building is of architectural significance as an important example of 'boom style' classicism employed in the 1880s. Its planning and form are almost unique and the detailing of the exchange is unusual and highly distinctive. It is an example of the work of local architect, C. D. Figgis, who designed a variety of buildings in Ballarat.

The former Mining Exchange building is of historical significance as one of the few mining exchanges extant in Australia. The only comparable building is that at Charters Towers, which displays similar elements, however is a much smaller example. The Mining Exchange building is illustrative of a fundamental part of Ballarat's early history and as such provides a direct link with Ballarat's gold mining era. It is illustrative of Ballarat's critical role in the development of the Stock Exchange in Victoria, as gold discoveries in the 1850s provided the opportunity for the maturity of business and industry through the floatation of companies.

The former Mining Exchange building is representative of the peak of building in gold-rich Ballarat in the late 1880s, corresponding to the boom in Melbourne. The building forms an important element in the townscape of Ballarat and, together with surrounding buildings, forms an important nineteenth century streetscape in Victoria.
[Online Data Upgrade Project 2004]