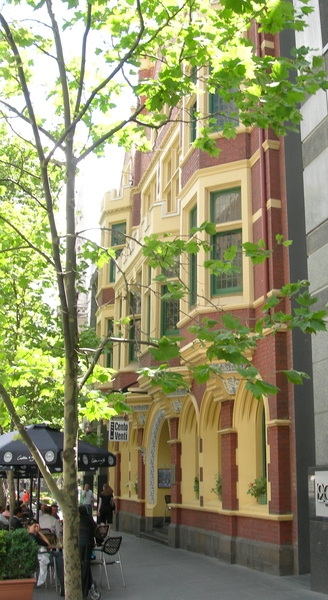 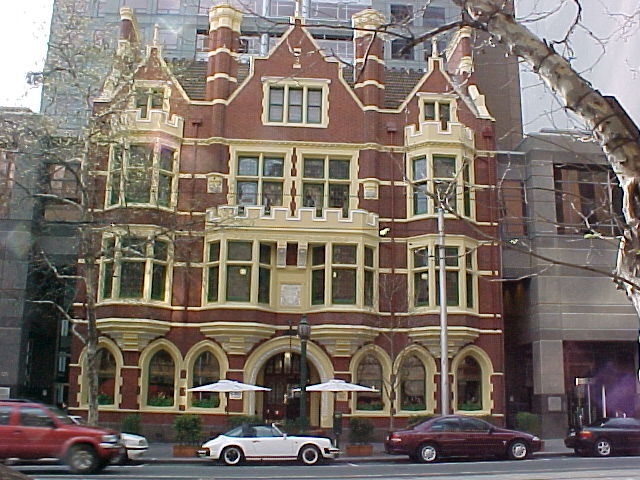 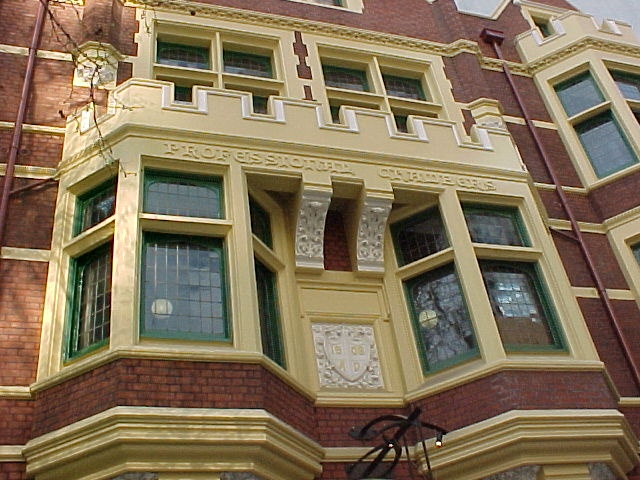 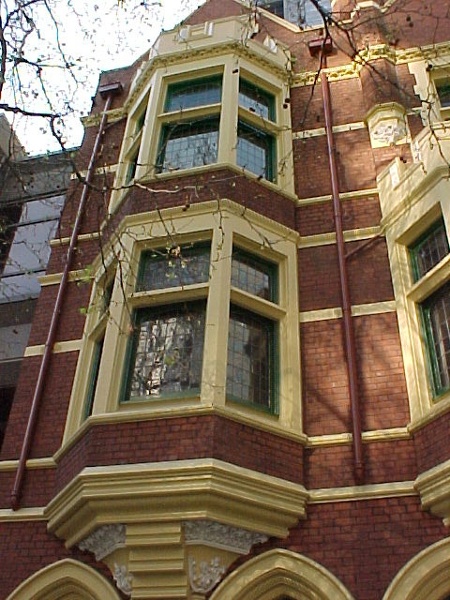 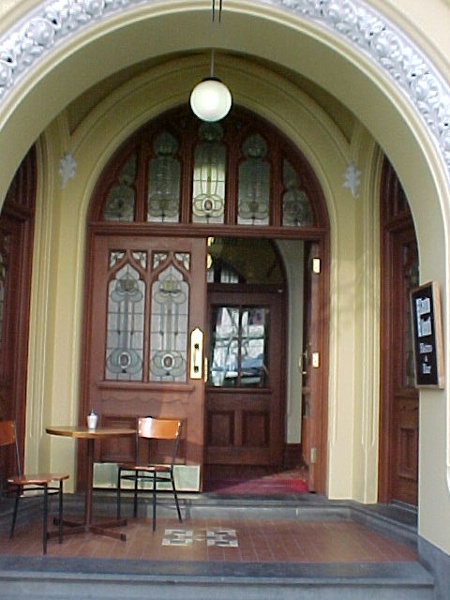 The Professional Chambers building in Collins Street was designed for the Trustees of the Independent Church by Beverley Ussher of the firm Ussher and Kemp. The building was finished in 1908. The three storey red brick structure with attic is styled in a mode eclectically derived from Romanesque, Gothic, Elizabethan and Queen Anne Revival architecture. The construction is of tuck-pointed face red brick decorated with rendered cement dressings and a terra cotta tile roof. The picturesque roof line with steep gable ends and tall clustered chimneys, the oriel windows and central round arch Romanesque entry with foliated decoration together produces a bold facade to Collins Street. The design reflects Ussher's preoccupation with the Picturesque domestic revival in Victoria and has links with the so-called Queen Anne Revival movement in England.

The Professional Chambers building is of architectural significance to the State of Victoria.

The Professional Chambers building is architecturally significant as a picturesque composition drawing on an eclectic range of sources in a street that had traditionally associated itself with a more reserved classicism. It is an unusual commercial work of the architect and the building's picturesque form is emblematic of Beverly Ussher's more abundant domestic oeuvre.