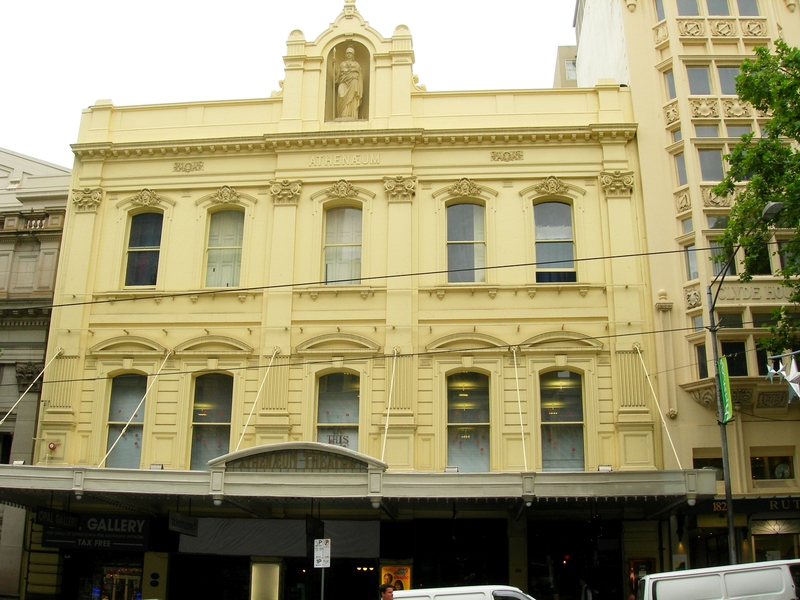 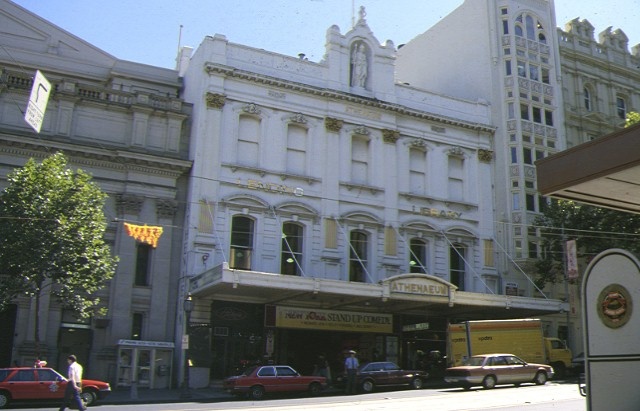 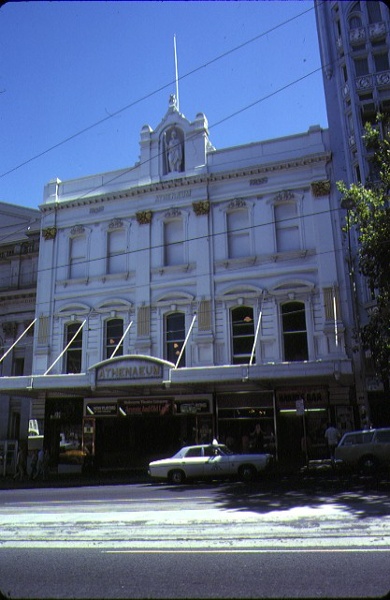 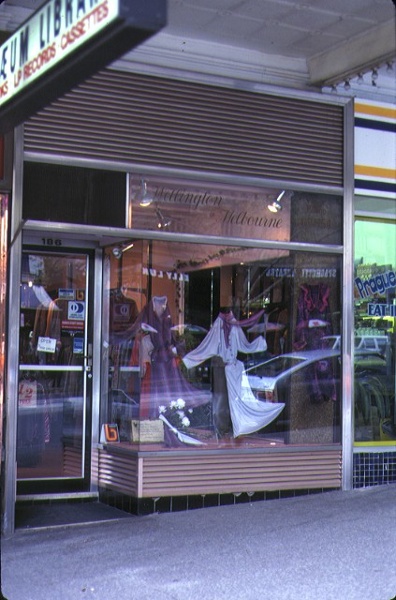 The Melbourne Athenaeum is a three storey stuccoed brick structure completed in 1886 to designs of architects Smith and Johnson. Giant order Corinthian pilasters divide the main facade into three bays. The central bay projects slightly and rises through the parapet to finish as a niche containing a statue of Minerva. Established in November 1839 as the Melbourne Mechanics' Institute and School of Arts with Captain Lonsdale as the first president, the Institute changed its name in 1873 when the theatre was added at the rear to the designs of architect Alfred Smith. The theatre was remodelled as a cinema in 1924 by architect HE White, and the front canopy was added at the same time.

The Melbourne Athenaeum is of historical and architectural significance to the State of Victoria.

The Melbourne Athenaeum is architecturally significant as an unusually late example of the Renaissance Revival style. The style was considered appropriate for an institution with an emphasis on learning. The statue of Minerva is an unusual addition.