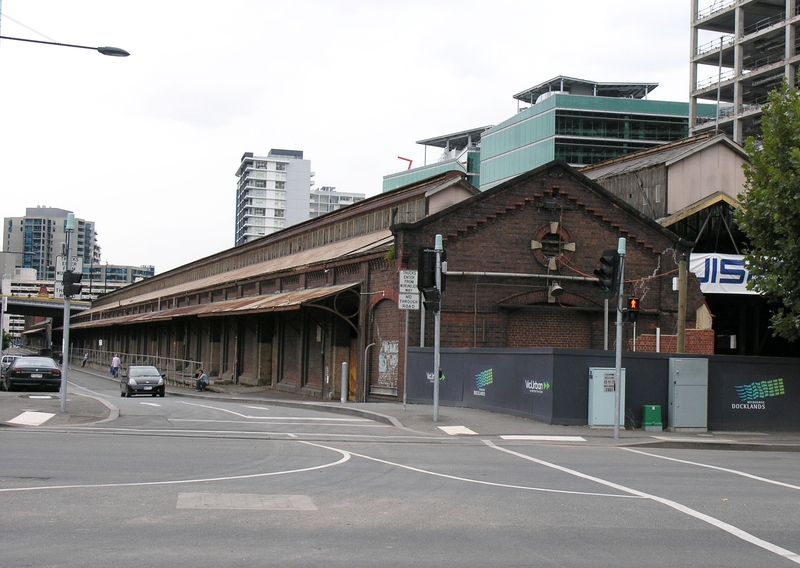 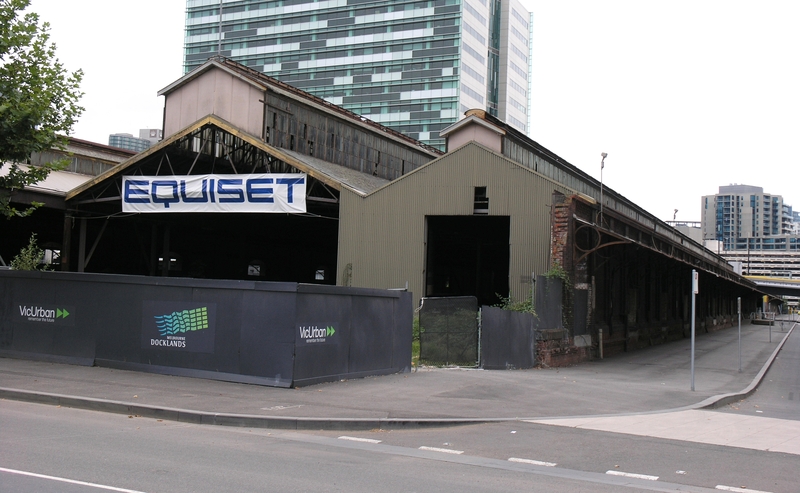 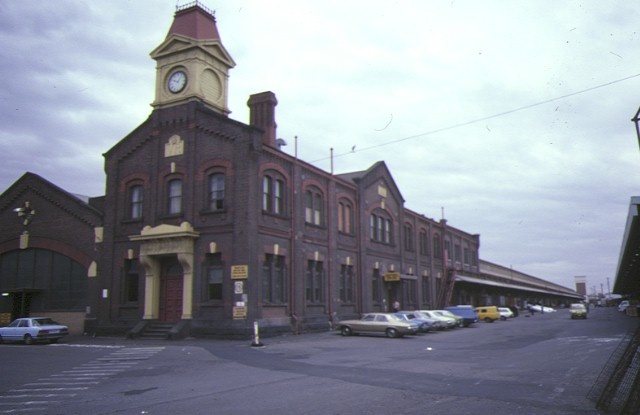 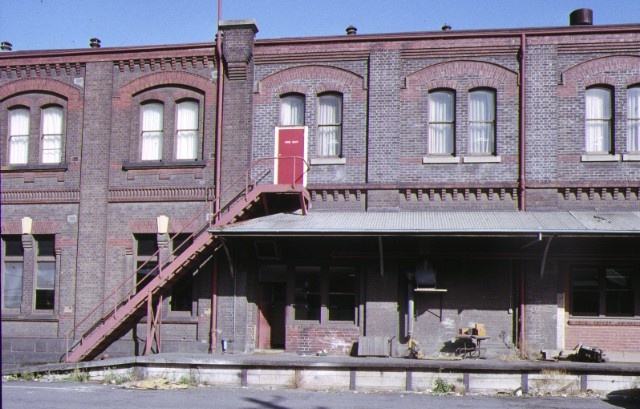 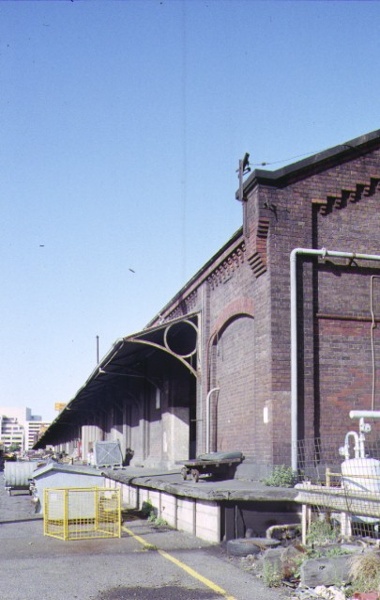 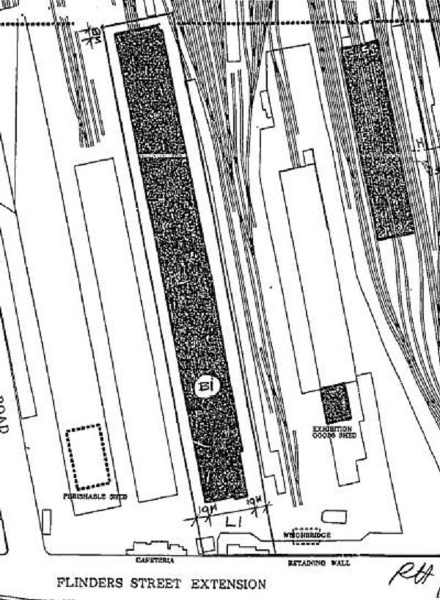 [NOTE: in 2001 a permit was granted to demolish 9 bays of the shed and erect a new bridge as an extension to Collins Street. The shed is now effectively cut into northern and southern sections.]

The No.2 Goods Shed, formerly known as No.3 or 'A' Goods Shed, was built in 1889-90 to replace earlier, inadequate facilities. The contractor was AP Tozer. It comprises a goods shed and platform and an associated administration block. The offices were extended in 1907. The shed consists of three parallel gable roofs over the tracks and platform. It is constructed with cast iron columns at 9 metre centres and wrought iron trussed roofs. The roofs are timber lined and clad in slate with lanterns capping the full length of the ridges. The total length of the shed is 385 metres, with twenty six doors on the east side and twenty eight on the west side. Both sides have a shallow verandah. The doors to the goods shed illustrate the operation of the shed, with each door being allocated to a particular destination. The two storey administration building is constructed of brick with bluestone sills and a slate tiled gable roof. Terra cotta lumber was inserted in the upper floor as a fire prevention measure. A tower with clock faces, pediments and mansard roof sits at the southern gable end. Brick machicolations are prominent on all gable ends.

The No.2 Goods Shed, formerly known as No.3 or 'A' Goods Shed is of historical and architectural significance to the State of Victoria.

The No.2 Goods Shed, formerly known as No.3 or 'A' Goods Shed, is historically significant as evidence of the role played by Victoria's railways in the economic development of Victoria, and particularly to the 1880s boom. The huge scale and grand style of the building graphically illustrates the population and economic growth in Victoria during the 1870s and 1880s and the consequent increase in goods traffic.