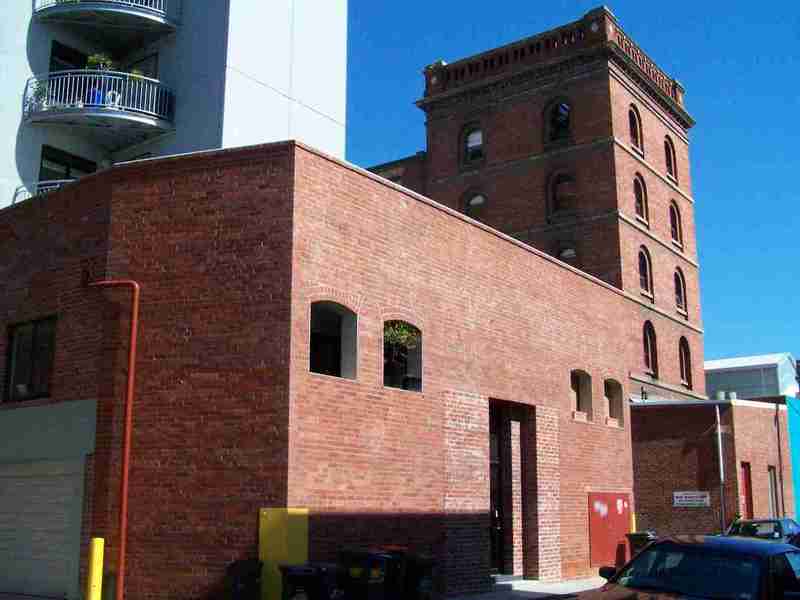 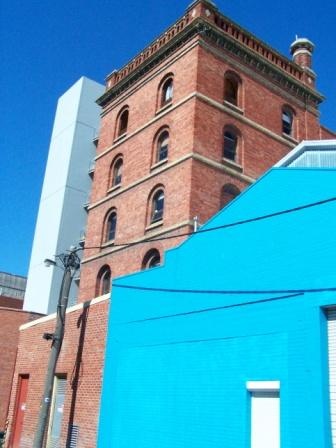 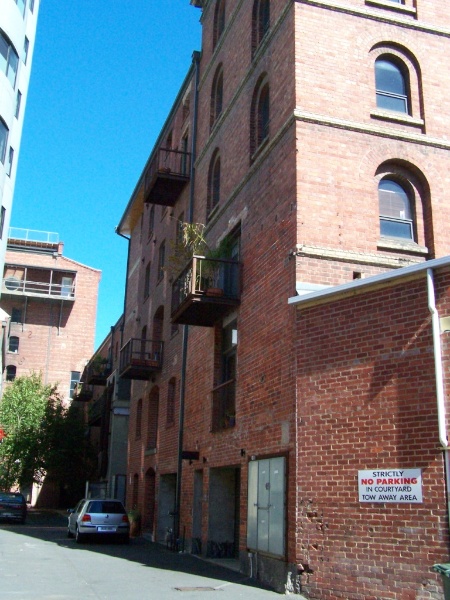 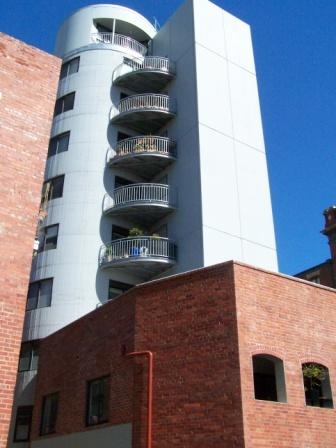 In 1862 Thomas Aitken opened his distillery on this site, and by 1864 it was employing 5 to 6 staff. By 1878, the works continued under the proprietorship of Aitken and were known as the Victoria Parade Distillery. The Victoria Brewery to the south in East Melbourne was also in his ownership until 1884. In 1885, when Alfred Nation and Son acquired the Brewery, the distillery also passed into their ownership, retaining its name. By 1891 William Blanchard was the manager. Its fortunes continued to be tied to the Victoria Brewery; ownership of both complexes passed to the Melbourne Brewing and Distillery Co between 1894 and 1901. Samuel Burston and Co Ltd, Makers, were in owners in 1910.

The former Victoria Old Distillery is a five-storey tower constructed of red brick, with cream brick string courses at each level. Windows are semi-circular arched, within recessed arched openings. Most of the original windows have been replaced. The building is surmounted by a cream brick bracketed cornice, above which is a pierced brick balustraded parapet. The red brick corner piers are decorated with cream brick diaper patterns.

A four and five storey building is attached to the tower to the south. Also constructed of red brick, the building has segmental-arched window openings. Ground, first and second floor levels have segmental arched loading bay door openings.

The former Victoria Old Distillery is of considerable local historical and architectural significance. It is a surviving example of a large 19th century distilling complex, illustrating an early phase of industrial activity in Collingwood. The building reflects the development of the brewing industry in Victoria and in particular in Collingwood, an area noted for its breweries in the 19th century. The distillery is associated with Thomas Aitken, its founder and influential protectionist in the colony. The complex was also connected with the nearby Victoria Brewery, East Melbourne.

Architecturally, the building is relatively intact, and is a notable element in the vicinity.