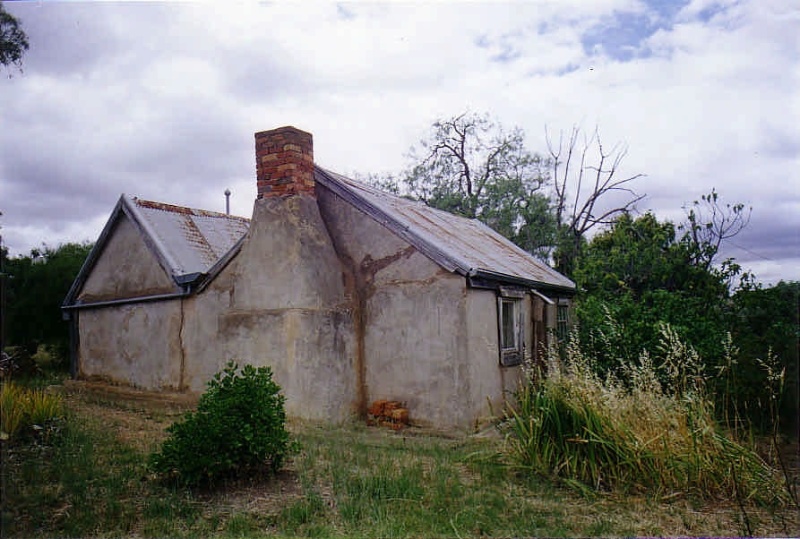 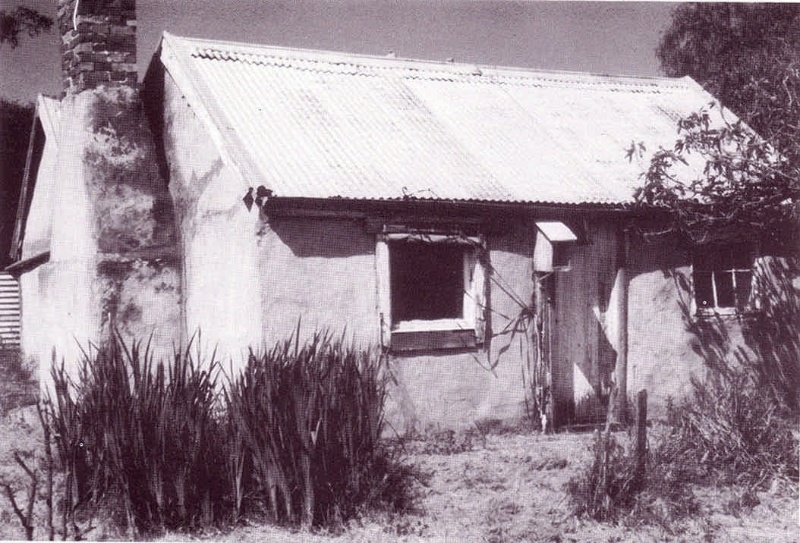 Love Cottage, site and outbuildings represents one the earliest extant miner's properties in St.Arnaud. The cottage was originally built in 1868 of layers of flat stones from a nearby mine, and in the c.1940s it was surfaced in cement render. It was constructed by John Tyson with assistance from William Thompson. The property was later owned by Robert Love, who built a blacksmith's shop, stables and an outside toilet in the early 1900s. In 1985, following the death of Ethel Love, daughter-in-law of Robert Love, the property was bequeathed to the National Trust of Australia (Victoria) and in 1987 responsibility for the place was given to the St. Arnaud Historical Society. The blacksmith's shop and toilet are in ruinous condition, although the building remnants are still extant. The cottage and stables outbuilding are in fair condition, and there are also remnants of the early garden.

Love Cottage is architecturally significant at a LOCAL level. Although altered, the building demonstrates some original design qualities of a Victorian vernacular style. These qualities include the double gable roof form, galvanised corrugated iron roof cladding, exposed remnant stone wall construction, and the general structural configuration. Other intact qualities include the brick chimneys, timber framed six paned windows at the front and the double hung windows at the rear, and the vertical boarded door. Internally, the whitewashed plaster, galvanised iron and paper on hessian walls and ceilings also contribute to the significance of the cottage.

The stables outbuilding is also architecturally significant at a LOCAL level for its Victorian vernacular gable roof form clad in galvanised corrugated iron, stud frame, and sawn hardwood horizontal weatherboard wall cladding. The ruinous blacksmith's shop, mud brick external toilet, goose pen and timber kennel also contribute to the significance of the place, as does the garden layout and many plantings including fruit trees, agave, phlox and agapanthus are extant.

Love Cottage, outbuildings and site are historically significant at a LOCAL level. They represent a rare legacy of a miner's property in St. Arnaud of the 19th century. In particular, the cottage and site is associated with John Tyson, who built it in 1868 from flat stones from a nearby mine. The property also has long time associations with the Love family, with Robert Love building the blacksmith's shop, stables and other outbuildings in the early 1900s. The Love family owned the property until 1985.

Love Cottage is scientifically significant at a LOCAL level. The remnant exposed flat rubble stone wall construction at the rear of the building represents a form of building construction no longer widely practised.

Love Cottage, outbuildings and site are socially significant at a LOCAL level. They are recognised and valued by the St. Arnaud community for historical and cultural reasons.

Overall, Love Cottage, outbuilding and site are of LOCAL significance.