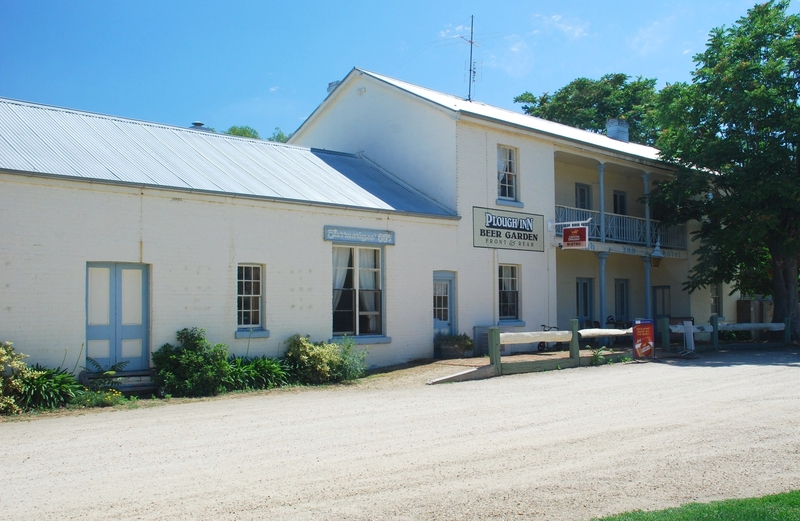 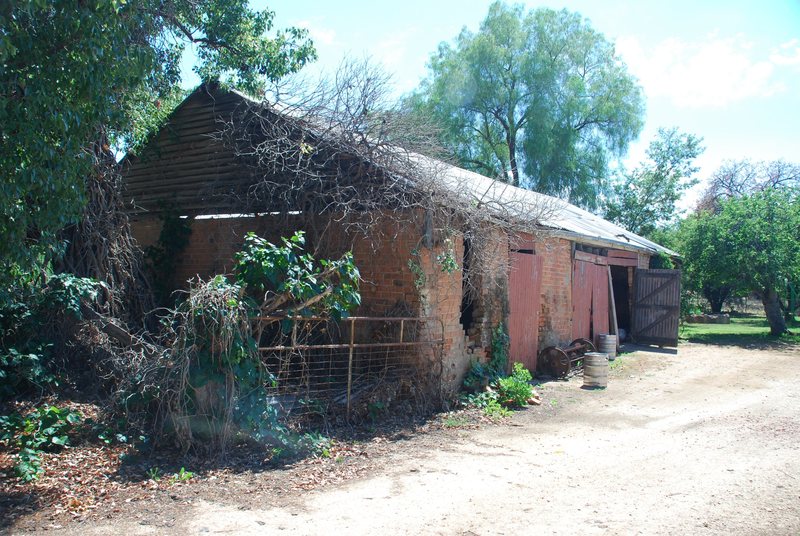 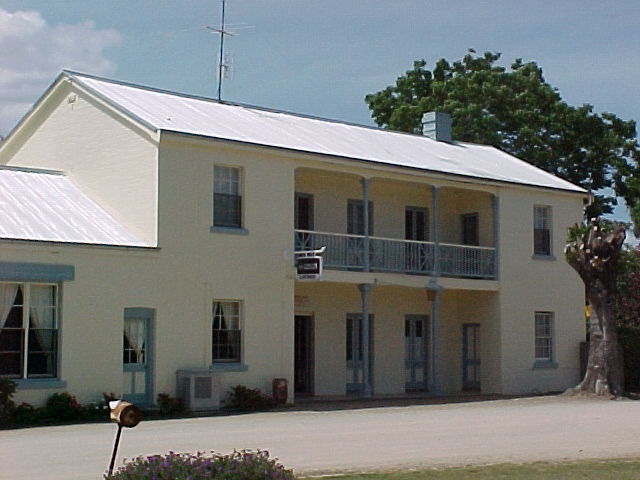 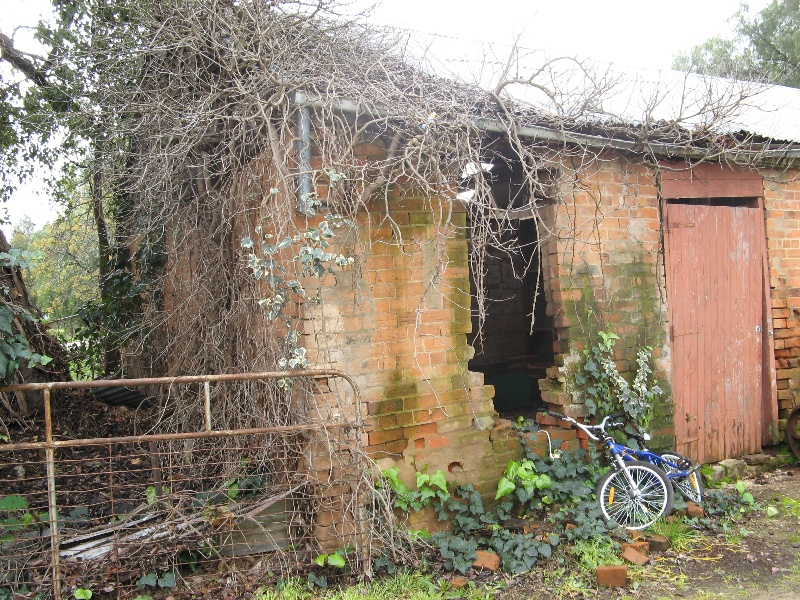 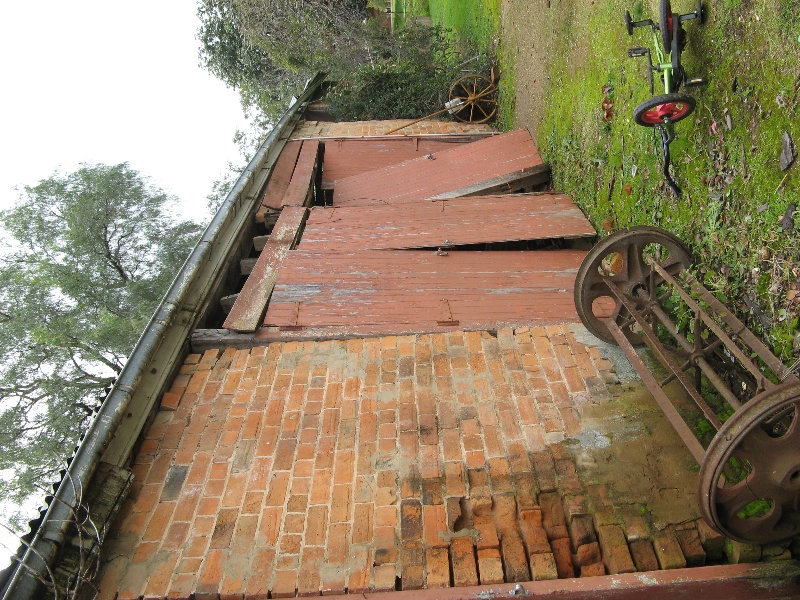 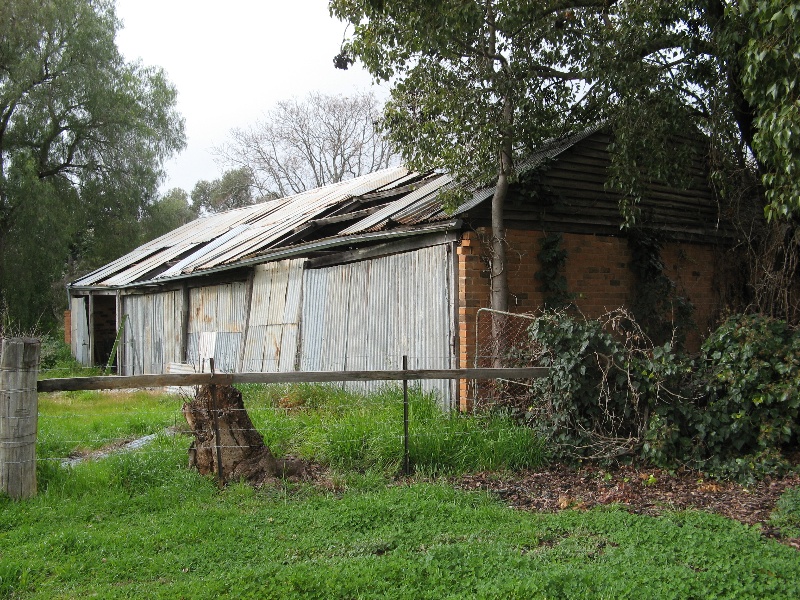 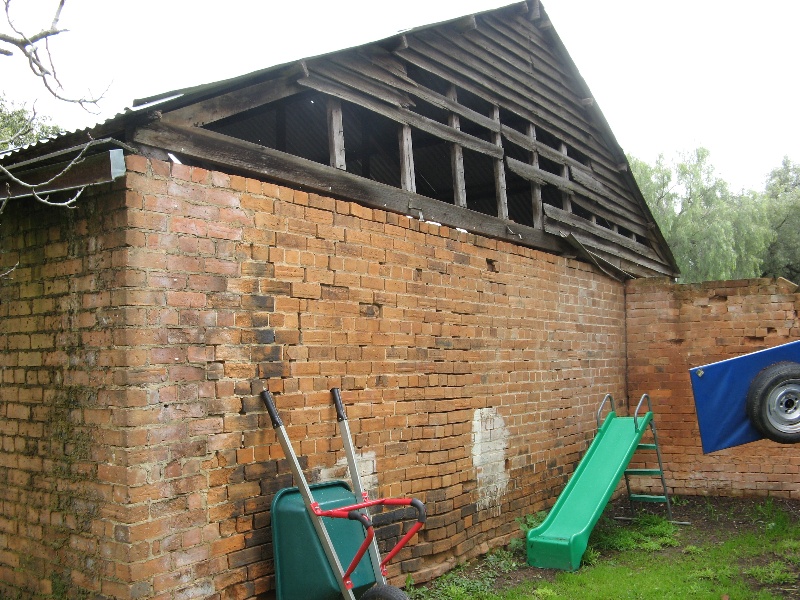 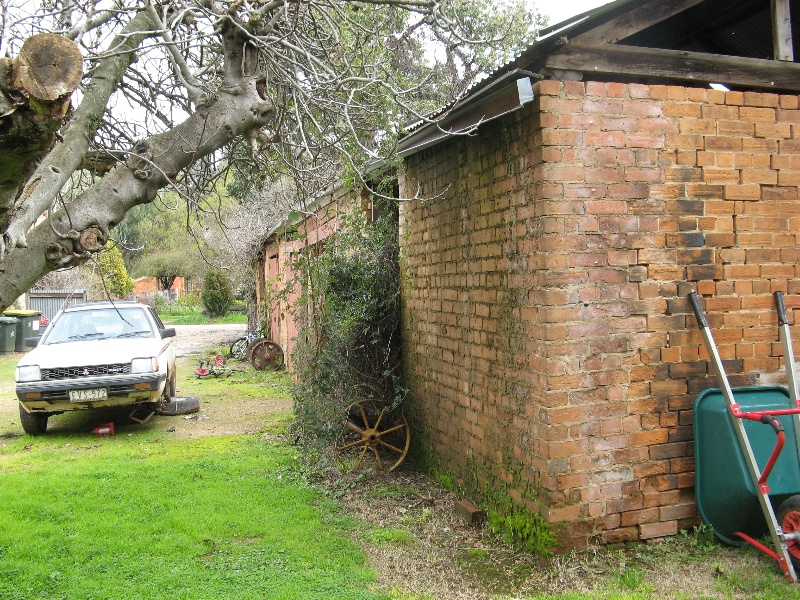 The Plough Inn was erected in 1864 for Hopton Nolan, the first licensee, and still remains in the Nolan family. The complex comprises a two storey brick hotel with a two tier recessed verandah flanked by projecting wings. The adjoining single storey brick stable block abuts onto the side of the hotel wing. French doors open onto the hotel verandah at both levels. Traditionally, the bricks for the complex were burned on a site opposite the hotel.

The Plough Inn and Stables retain many of their original features and form a picturesque complex set well back from the main road. The hotel is interestingly composed with recessed verandahs of timber posts and a delightful timber balustrade on the first floor. The old coaching lamp and the French windows are notable features.

Once an important coaching stop, the hotel is a landmark on the Beechworth road and forms a fine group with the neighbouring old store. It has been in the Nolan family since 1864. Buildings are generally intact. There have been extensive alterations to the interior and the exterior of the main building has been painted.