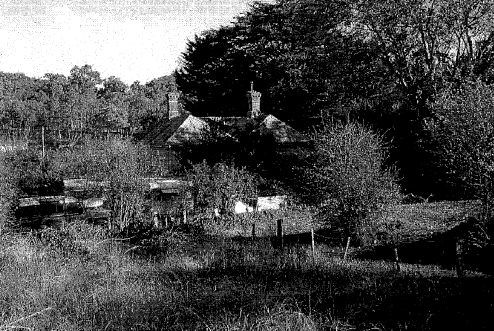 What is significant?
The c1861 farm house and grounds, extending to the hill west of the house site and the landscape elements including the Monterey cypress and Hawthorn hedge remnants along the fence line.

How is it significant?
The farm house and associated landscape elements are historically and aesthetically significant to the Shire of Nillumbik.

Why is it significant?
The house is historically significant for its association with the development of the local fruit growing industry within the Shire from the 1890s and with the Lawry family and John Lawry, a prominent fruit grower in the district who developed a plum he called Trenowin (after which the house is probably named) (Criteria A & H). The house is historically and aesthetically significant as a good and early representation of an orchard house within the Shire and because it is situated within a well preserved farm setting that serves as a reminder of the importance of agriculture to the early growth of the Shire (Criteria D, A & E). The house in its setting is a now rare combination of age and type in the Shire (Criterion B).

BUTLER STUDY, 2001
The Trenowin house and orchard site is of significance to Nillumbik Shire:

- for its association with the development of the local fruit-growing industry within the Shire from the 1890;'

- for its long association with the pioneering Lawrey family, especially with John Lawrey who was a prominent orchardist and grower of the Trenowin plum

- for its good and early representation of a type, including the house and farm setting, as compared within the Shire.

- for the house and setting's now rare combination of age and type, within the Shire.