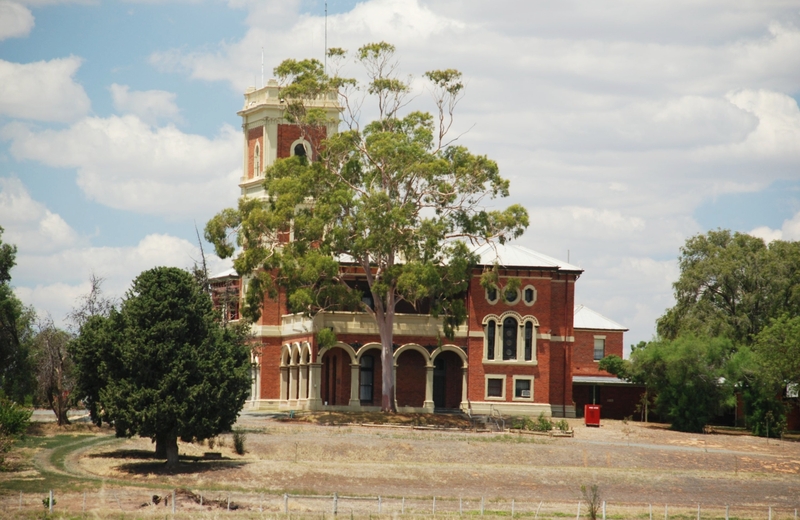 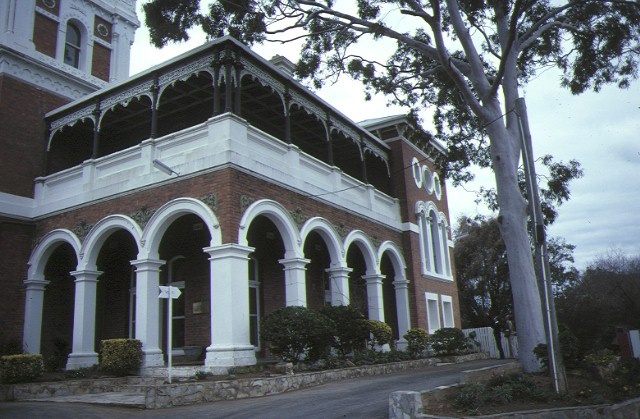 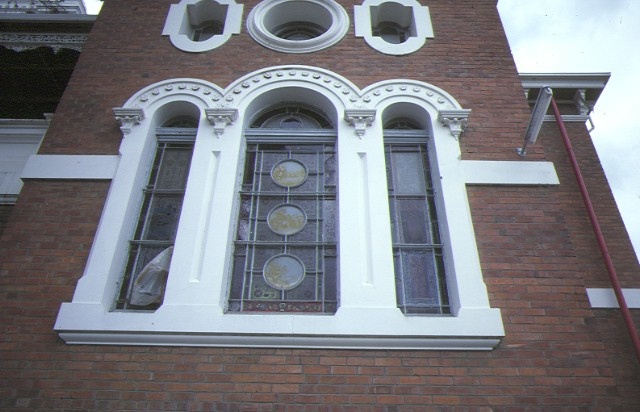 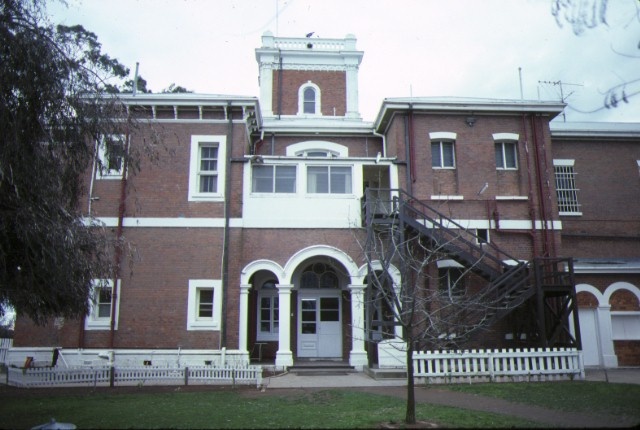 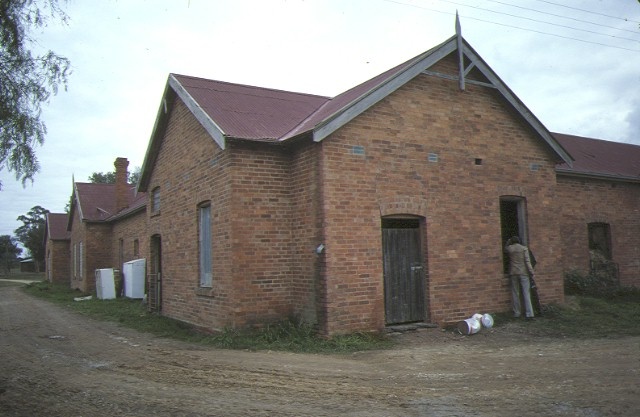 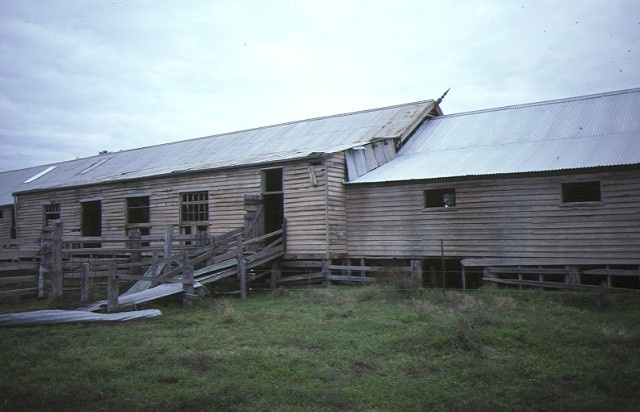 What is significant?
John [Jock] Winter, the son of a blacksmith, arrived in Australia with his family from Scotland in 1841 and settled near Ballarat. The discovery of gold on their property transformed the life of the family and provided the basis for sizeable investment in large pastoral areas throughout northern Victoria. Three of the four Winter sons who had taken up large areas of land in the Goulburn Valley each constructed a substantial home on their land, the grandest of them being Noorilim [VHR H0297], built by William Irving in 1878-79 and Dhurringhile, built by James Irving in 1876-77.

After the great Goulburn flood of 1870 had washed away his original wooden homestead, James Winter selected a site away from the river for the construction of a huge new towered brick mansion which he named Dhurringile. The mansion was designed by Lloyd Tayler and Wyatt, one of Melbourne?s most prominent architectural firms. The style of Dhurringile suggests that it was probably designed by Frederick Wyatt as Lloyd Tayler, the more well known of the two, was absent from his practice from January 1875 to May 1877 on an extended visit to England. The homestead also had extensive stabling, a shearing shed, and other outbuildings, and a manager?s residence and stabling some distance from the house which may predate the mansion as James Winter had taken up residence there by 1875.The shearing shed was reputed to be one of the largest in Victoria. Although often absent from his country property, James Winter was active in local community affairs and through his interest in agricultural innovation, markedly increased the stock carrying capacity of his property. He bred prize-winning sheep, was a founding member of the Northeastern Pastoral and Agricultural Society and served as councillor and later President of the Shire of Waranga in 1873. James Winter died in 1885 but Dhurringile stayed in the ownership of the Winter family until 1907.

Dhurringile passed through a number of hands before being purchased in December 1925 by Vincent Vernon Hart. It appears that Dhurringile had been vacant for many years and remained unoccupied while in Hart?s ownership. In 1939, the Commonwealth government negotiated with Hart to rent the property for use as an internment camp for German and Italian aliens. Internees were held at Dhurringile until transferred to other camps early in 1940 and by March 1940, the Department of the Interior had vacated the property. in 1941, Dhurringile was taken up by the army for use as a Prisoner of War Camp for Germans captured in the Middle East. The Murchison camp consisted of five compounds including the Dhurringile homestead which was intended for German officers who were to be given more favourable treatment than other ranks. In July 1945, the German prisoners were transferred to other sites and at the end of the war, the site was cleared of huts and all other military buildings.

In 1947, Dhurringile was purchased by the Presbyterian Church for use as a home for immigrants boys from the United Kingdom whose fathers had died during the war. The intention was to train the boys in farming methods to prepare them for employment. By this time the homestead was in a deteriorating condition and substantial repairs and alterations were needed. The Dhurringile Rural Training Farm did not open until 13 June 1951. Life in the home was spartan, difficulties were encountered in recruiting boys from Scotland and the scheme had limited success. The Commonwealth Government continued to provide increasing financial support to the home in accordance with an immigration policy to promote British migration, but difficulties persisted and a decision was made in 1964 to close the Dhurringile Rural Training Farm.

In March 1965, Dhurringile was purchased by Victorian Government Penal Department for use in the rehabilitation of alcoholic prisoners. The farm was refenced and the agricultural part of the property rehabilitated to provide a level of self-support. Prisoners provided labour for extensive repair and alteration works at the mansion. Dhurringile remains a minimum security prison, but the house itself accommodates no prisoners and has undergone some restoration and been adapted for use as a training centre.

How is it significant?
Dhurringile is of architectural, historical and social significance to the State of Victoria.

Why is it significant?
Dhurringile is of architectural significance as one of Victoria?s grandest homesteads and a fine example of the Victorian Italianate style. It is significant as a rare work of the short-lived but prominent architectural partnership of Lloyd Tayler and Wyatt. Dhurringile is significant as an early demonstration of the rise of the red face brick aesthetic which arose as a reaction to the predominant use of stucco in the previous decades.

Dhurringile and its outbuildings are of historical significance as an important example of a substantial homestead built on the proceeds of gold discoveries and subsequent pastoral wealth. It is significant for its associations with its owner John Winter and the prominent Winter and Winter-Irving families who were among the largest pastoral landholders in Victoria.

Dhurringile is of historical and social significance for its use as an internment and World War Two prisoner of war camp which reflects an aspect of Australian life which is not well known. Its subsequent use by the Presbyterian Church as a rural training centre for migrant boys from the United Kingdom is a significant association with the perceived need to populate Australia with migrants of Anglo-Celtic background. It is also significant for its later use as a rehabilitation centre for prisoners with alcohol or drug dependent dependency.