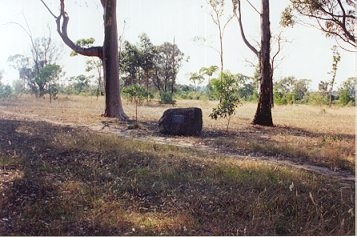 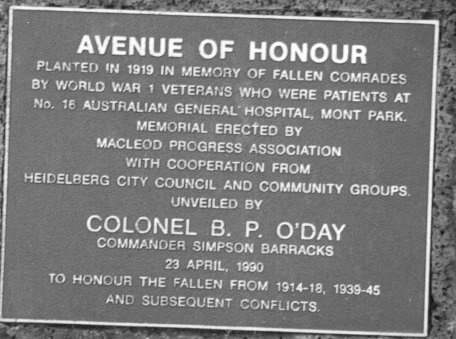 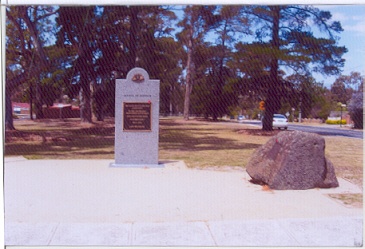 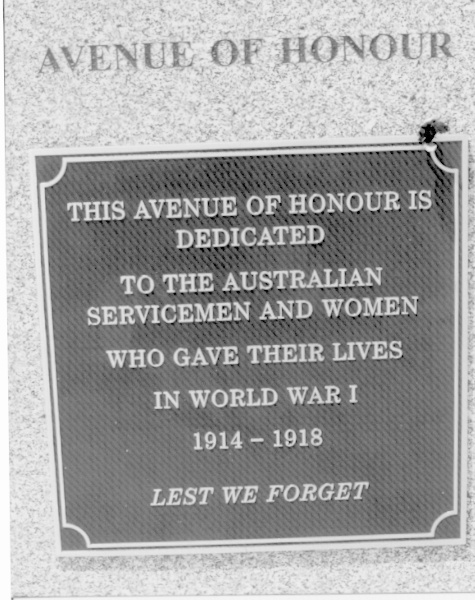 FORMER MONT PARK HOSPITAL
ERNEST JONES DRIVE and SPRINGTHORPE BOULEVARD and CHERRY STREET MACLEOD, Darebin City
VHR Number H1872
File Number 607690
Other Names CHERRY STREET AVENUE OF HONOUR|PLENTY HOSPITAL
Year Construction Started 1910
Municipality 3 Darebin City
Extent of Registration 1. All the buildings marked as follows on Diagram 1872 held by the Executive Director:B1 Chronic WardsB2 Ernest Jones Hall2. All the land marked as follows on Diagram 1872 held by the Executive Director:L1 land associated with B1 Chronic Wards and B2 Ernest Jones HallL2 land associated with the Avenue of Honour along the north side of Cherry Street and the east side of the entrance road3. All mature examples of the following tree species which occur within the land marked L1 and L2:Eucalyptus cladocalyxSchinus lentiscifoliusButia capitata Cupressus sempervirens 'Stricta' Eucalyptus melliodora Cupressus macrocarpa 'Fastigiata' Phoenix canariensisPinus canariensisCupressus macrocarpa 'Saligna Aurea'Washingtonia robusta Corynocarpus laevigatusEucalyptus camaldulensisCupressus macrocarpaQuercus canariensisQuercus cerris Quercus acutissima Chamaecyparis funebris Cupressus torulosa Cupressus lusitanicaCupressus glabra 'Hodginsii'Cupressus macrocarpa 'Aurea' Quercus suberAngophora costataCupressus sempervirensUlmus procera
Other Listings 1 Darebin City Planning Scheme
Architect/Designer Public Works Department (Architect not known)
Additional Information Comparisons: COMPARISON
The site as a whole is very different from the other psychiatric hospitals on the Victorian Heritage Register. The Sunbury Asylum (now Calooola) constructed in the 1890s consists of a series of pavilion buildings, formally arranged in the landscape. The earlier asylums at Kew, Beechworth and Ararat are typical of nineteenth century asylum practice, in being large barrack type institutions, with elaborate exteriors.
The Chronic Wards Block, a series of interconnected pavilion blocks sited to take advantage of sunlight and ventilation and to provide efficient means of circulation for staff, has no direct comparison. Its planning is very different from the much more formal relationship of the pavilion ward buildings at Sunbury.
Ernest Jones Hall
The combined recreation hall and chapel at Sunbury Asylum (Caloola) built in 1939 is a later example of this type. It has been identified as having contributory significance to the Caloola site.

Military Mental Hospital
No other examples of this building type are known to exist in Victoria. The equivalent of the Military Mental Hospital in New South Wales, Broughton Hall, was built in the grounds of what is now Rozelle Hospital in 1916. It has been demolished. The Military Mental Hospital appears to be the only remaining treatment facility for psychiatric casualties from World War I.
General References , 1938, 2, Argus
Avenue of Honour Memorial Macleod, 1990, 22, Macleod Progress Association
Glimpses of the Past, Bircanin, Iliya and Short, Alex,, 1995, 64
Report on Mont Park to the Gardens Committee, Aitken, R, 1992, National Trust of Australia (Victoria)
Psychiatric Institutions in the Mont Park area: a heritage assessment, O'Neill, F and D. Taylor, 1995, Major Projects Unit, Victorian Government
Heritage Act Categories Heritage place
Item Categories
Item Group Item Category
Health Services Psychiatric hospital/Mental institute/Asylum
Statement of Significance
What is significant? The former Mont Park/Bundoora Psychiatric and Repatriation Hospitals Complex consisted of seven hospitals on a site of 185 hectares. The site comprising the Mont Park and Strathallen estates was consolidated by the Victorian government by purchase and transfer from the Closer Settlement Board in 1909 . The Mont Park Hospital commenced in 1910 with the building of the Farm Workers Block (later part of Kingsbury Training Centre). In 1912 the landscape gardener Hugh Linaker was employed to layout the grounds of Mont Park and other State mental hospitals. The other hospitals were gradually split off from the Mont Park administration to form separate entities. These were the Macleod Repatriation Hospital (1915), the Bundoora Repatriation Hospital (1920), the Gresswell Sanatorium (1933), Larundel Mental Hospital (1938 opened 1951), the Plenty Mental Hospital (1963) and the Kingsbury Training Centre (1974). The site under consideration consists of the former Mont Park and Plenty Hospitals. An agreement was made with the Defence Department in 1914 for the latter to erect the Mont Park central block (the 'Chronic Wards') for use as a Military Hospital, and for it later to revert to the State as portion of Mont Park Hospital. The buildings now known as the Chronic Wards were completed in this way in 1916 and used as the Australian General Hospital no. 16 for the duration of the war. One wing of this building was set aside for mental patients during this period. The Military Mental Hospital was built in 1919 to accommodate 84 patients who were suffering from psychiatric conditions as a result of their service in World War I. It was occupied by military patients until 1933 when they were transferred to Commonwealth facilities. The Military Mental Hospital consisted of a two storey brick Administration Building with two single-storey pavilion wards and a single-storey kitchen-dining room pavilion at the rear, connected with covered ways. The ward sections of the Military Mental Hospital have undergone considerable alteration. A two-storey brick building was constructed in the 1970s in front of the Administration Block and attached to it at the central porch. The Ernest Jones Hall, named after the Inspector General of the Victorian Lunacy Department, was a combined chapel and entertainment hall constructed 1927-1930 in the Spanish Mission style. The Avenue of Honour planted in 1919 consists of a row of 46 Sugar Gums planted by returned soldiers who were hospitalized in the number 16 Australian General Hospital (Chronic Wards) at Mont Park. Further plantings were made after World War II.
How is it significant? The Former Mont Park Hospital is of architectural, historical, aesthetic, scientific (horticultural) and social significance to the State of Victoria.

Why is it significant? The Former Mont Park Hospital is architecturally significant as a representative example of asylum design in the early twentieth century. The Ernest Jones Hall, Mont Park is a rare example of an asylum chapel/hall in Victoria. The Chronic Ward Block is a rare example of en echelon pavilion hospital ward design. The Former Mont Park Hospital is historically significant in demonstrating changing responses to twentieth century health needs and particularly mental illness in the planning and development of psychiatric institutions and repatriation hospital complexes on the site. The Administration Building of the Military Mental Hospital (1919, demolished) is historically significant as part of the only surviving purpose-built mental hospital in the State constructed to accommodate psychological casualties after World War I. The construction of the separate Military Mental Hospital was in response to pressure from returned servicemen's organisations to protect shell-shocked patients from the stigma of mental illness by removing them from the general psychiatric patient population in Mont Park. Although the wards of the Military Mental Hospital were similar to other psychiatric accommodation of the period, the construction and siting of the Hospital and the provision of a separate Administration Block testified to attitudes to military psychiatric patients in the immediate post-war period. The Chronic Wards Block is historically significant as demonstrating the response of the Victorian government to the requirements of the war effort during World War I in that the buildings intended for the care of the mentally ill were handed over for use as hospital facilities for the Australian Army for the duration of the war with one wing devoted to the care of military psychiatric patients. The landscape design of the Former Mont Park Hospital is historically significant, owing much to early twentieth century ideas about the treatment and care of the mentally ill who were believed to benefit from a rural or natural environment. The designed landscape is of historical and aesthetic significance as an early example of the prominent landscape designer, Hugh Linaker. Linaker was one of the most significant landscape designers in Victoria in the early 20th century and Mont Park is his first and an important example of his landscape style, mixing exotics and native trees and contrasting forms especially narrow crowned and fastigiate forms and palms. These were often planted in alternative arrangements in the landscape to give a striking and contrasting image. At Mont Park this is achieved by the extensive use of conifers (Pinus, Cedrus, Cupressus, Chamaecyparis, Juniperus, Sequoia, Taxodium, Agathis), palms (Phoenix, Washingtonia, Chamaerops, Trachycarpus), narrow forms and mixed foliage colour of the dark green, Cupressus macrocarpa 'Fastigiata', Cupressus sempervirens, Cupressus sempervirens 'Stricta', lime green foliage of Cupressus torulosa, and the blue foliage of Cupressus glabra 'Hodginsii'. The landscape is further enhanced by the juxtaposition of Golden Cypress (Cupressus macrocarpa 'Saligna Aurea', Cupressus macrocarpa 'Aurea') and the dark green Monterey Cypress (Cupressus macrocarpa) and Pines (Pinus radiata, Pinus canariensis, Pinus halepensis) and deciduous elms (Ulmus procera) and oaks (Quercus robur, Q.cerris, Q. canariensis, Q. acutissima) planted in the indigenous Yellow Box (Eucalyptus melliodora) and River Red Gum (Eucalyptus camaldulensis) woodland. One River Red Gum (T13A) on the west side is exceptionally large and old, and this gnarled tree is of high landscape value.The extensive use of narrow and fastigiate plants and contrasting foliage colour seen at Mont Park has no other comparison in Victoria. Linaker achieved this vertical landscape feature at the Shrine of Remembrance by the use of Populus nigra 'Italica', Cupressus torulosa, and Agathis robusta. At Buchan Caves, Populus nigra 'Italica', Cupressus torulosa and Sequoia sempervirens was planted and at Princess Park, Maryborough, Linaker may have been responsible for the planting of Populus alba 'Pyramidalis'.The Avenue of Honour planted in 1919 is historically, socially and aesthetically significant as an unusual example of an avenue of honour planted by returned soldiers to commemorate soldiers who fought in World War I. This avenue is unusual in that Australian natives were used rather than the more common First World War plantings of elms and oaks. A number of trees on the Former Mont Park Hospital site are of scientific (horticultural) significance, such as the Schinus lentiscifolia, a species rarely grown in Victoria, (and Australia). The Mont Park specimen is the largest and of an outstanding form. The only others are three poorer quality trees in the Royal Botanic Gardens. There is a large and outstanding example of Cedrus atlantica, a species rarely grown in Victoria, and four outstanding specimens of Cupressus macrocarpa ' Aurea' clone which displays a compact crown and deep yellow foliage, is unknown elsewhere in Victoria. Other trees rarely grown in Victoria are Pinus sylvestris, Pinus contorta, Bauhinia ?monandra and Taxodium distichum. The Cupressus macrocarpa 'Saligna Aurea' are uncommon in Victoria and these trees are amongst the finest in the State, the only comparable trees occurring at Werribee Park, Footscray Park, Caulfield Park, Bendigo Hospital, Royal Botanic Gardens and Melbourne General Cemetery. The Cupressus macrocarpa 'Saligna Aurea' (c1900-20) and Cupressus glabra 'Hodginsii' (c1936) are also of horticultural importance as both are cultivars selected by the Victorian Hodgins nursery in the early 20th century.
Show more
Show less
All information on this page is maintained by Vic. War Heritage Inventory. Click below for their website and contact details.