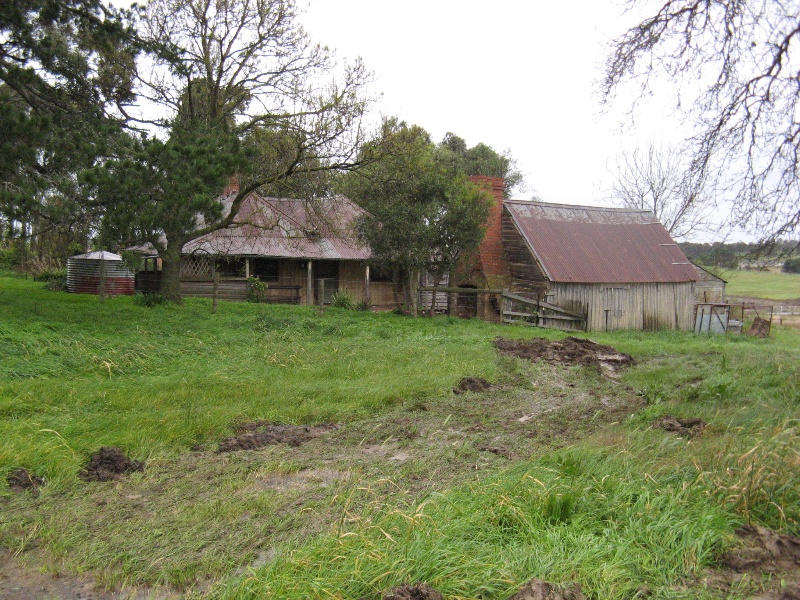 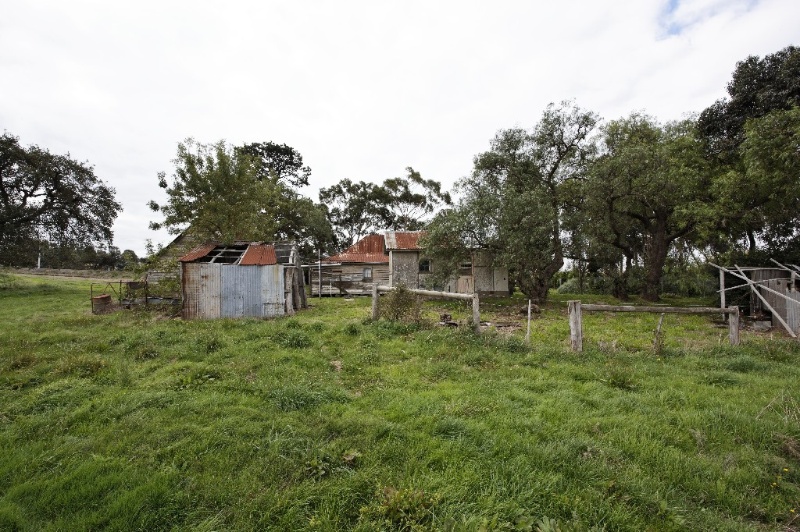 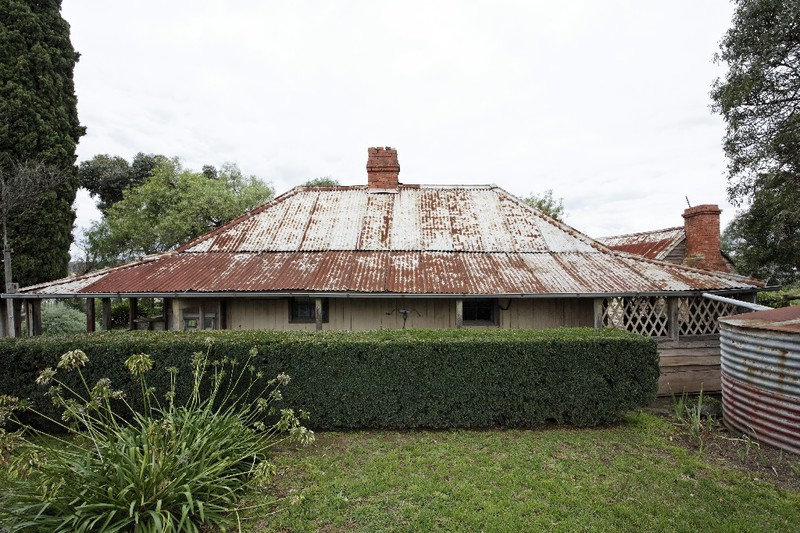 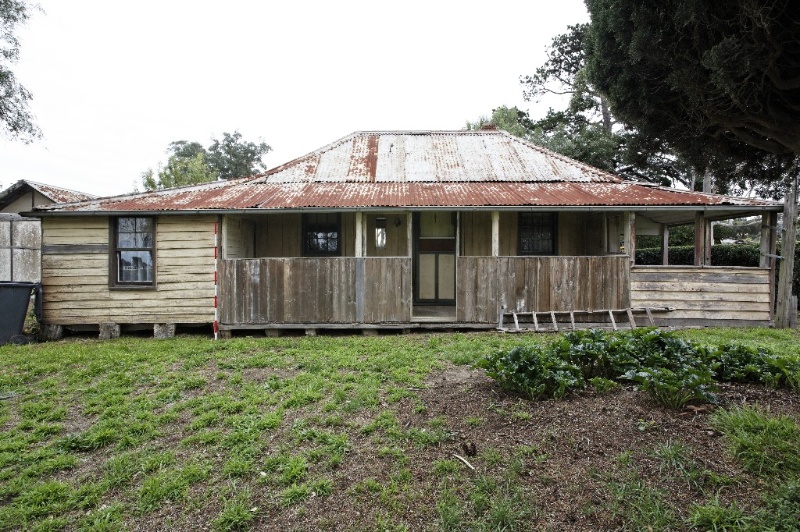 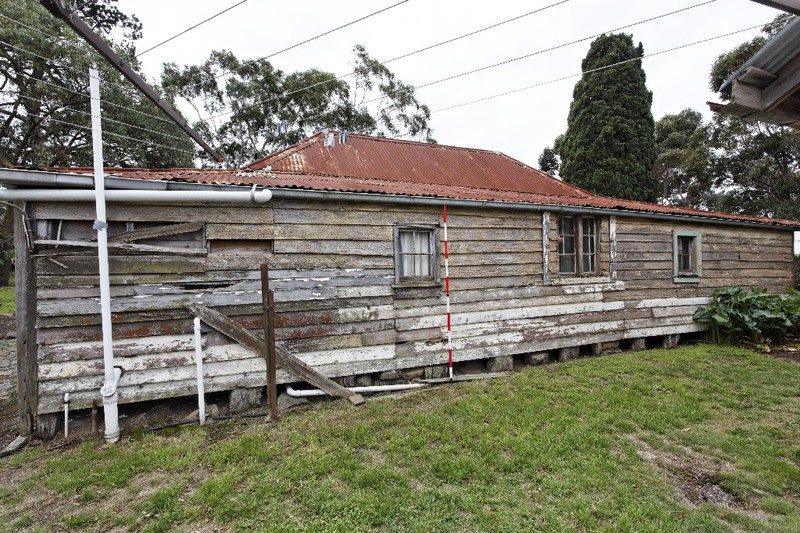 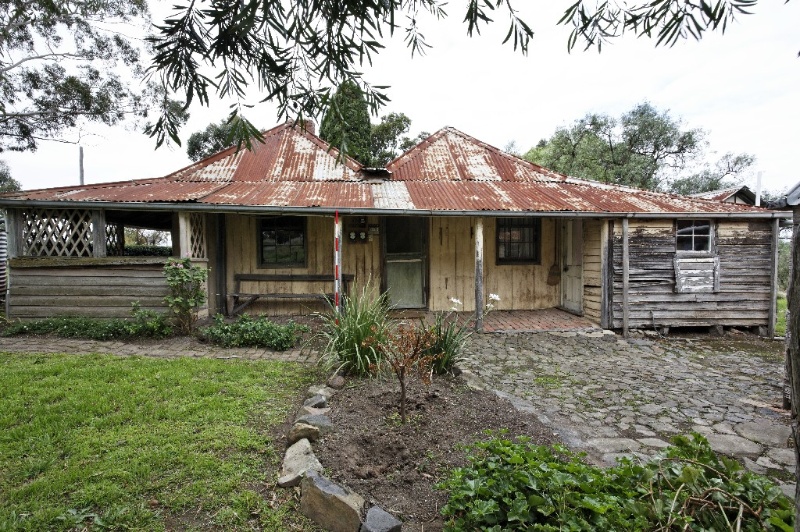 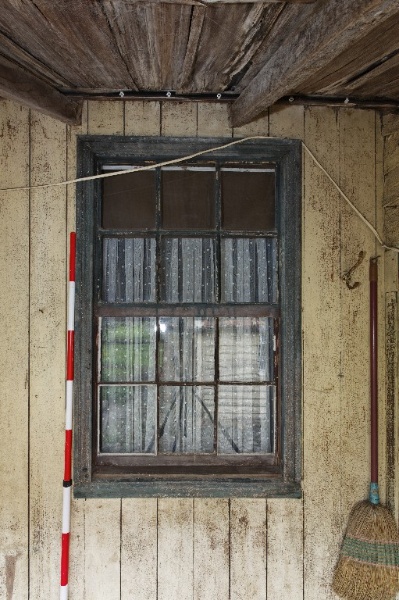 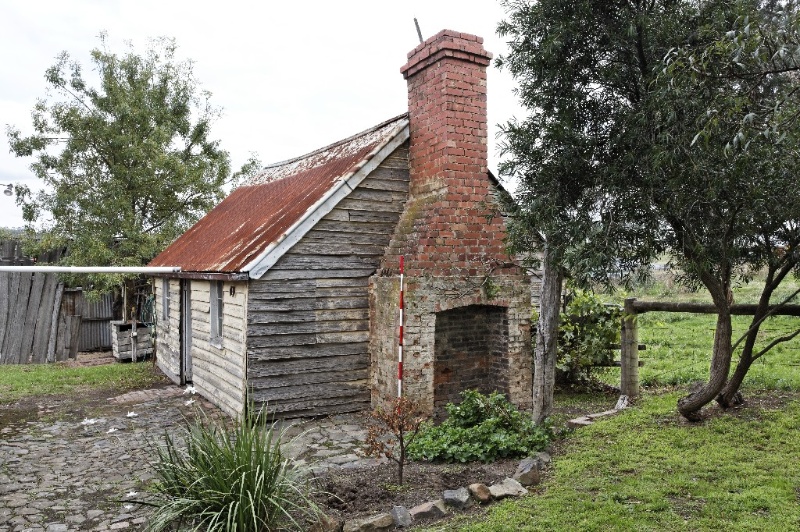 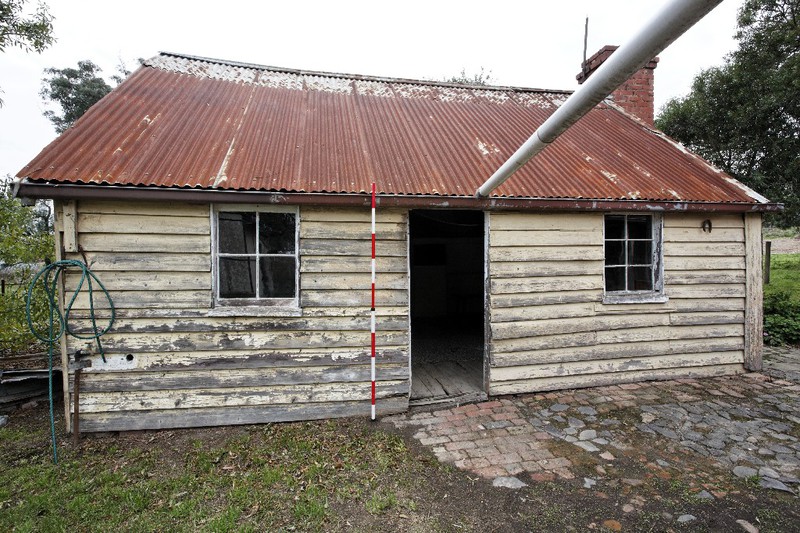 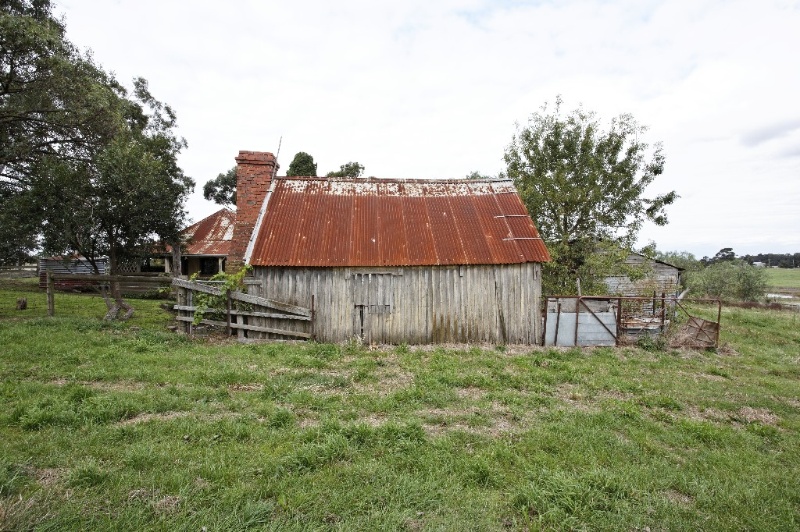 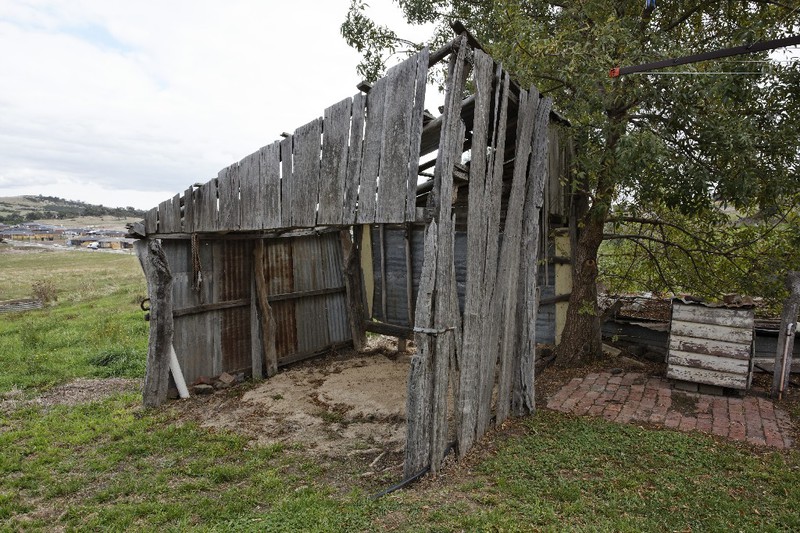 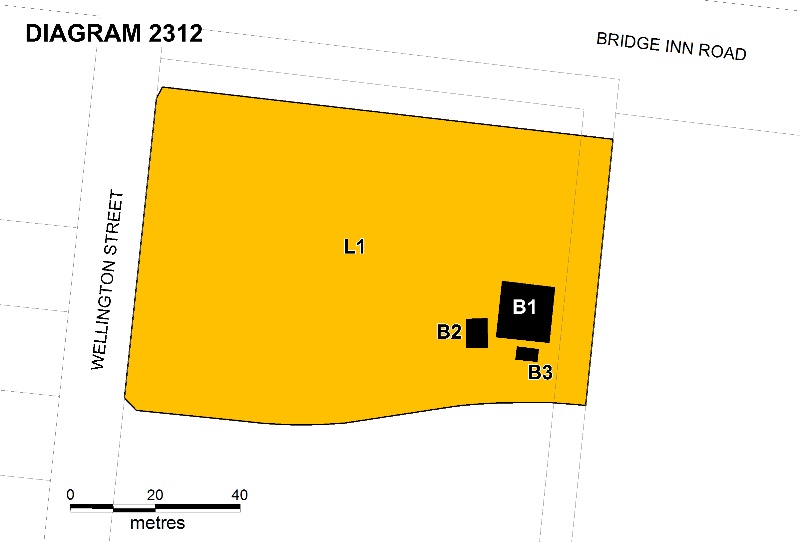 Fashoda is a former farming property in the Plenty Valley about 30 km north of Melbourne which retains a vernacular timber farmhouse with a detached kitchen, probably built in the mid to late 1850s.

The land on which Fashoda is located was part of a 640 acre lot first purchased in 1851 by the politician and land speculator Henry 'Money' Miller. In the following year it was sold and subdivided as the Township of Separation, little evidence of which survives. The ownership of the site of Fashoda during the 1850s is uncertain, but it was purchased in 1859 by Alfred Hibberd, in 1861 by Jane Ewing (later Hardesty), and following her death in 1897 it remained in her family until 1973. There is no documentary evidence for the date of construction of the buildings, but on the basis of the construction methods and materials the building to the west of the house is thought to have been built c1855. It was likely to have been used for accommodation until the house was built a few years later and after that used as a kitchen. The property was probably used mainly for dairying in the nineteenth century, and was still used for that purpose until the late twentieth century. The name Fashoda, which was first noted in 1929, derives from an incident involving British and French troops which occurred in 1898 at a place of that name on the Nile River in Egypt.

Fashoda was once a complex of timber farm buildings, but all that now remains is the house, the detached kitchen, a small dairy building to the south and the remains of a cow shed, located in a garden setting with mature trees. The house has an M-shaped roof with a surrounding integrated verandah, with roofs of corrugated iron over split timber palings. The house is clad with vertical tongue and groove lining boards, which is extremely rare, and being softwood the timber would have been imported. The original house had four rooms, but several rooms have been added along the south side and parts of the verandah on the north side were enclosed in the twentieth century using tree stumps and split weatherboards. Many of the windows are twelve-pane double hung sashes which slide within the wall. Internally the original layout has been largely retained. The detached kitchen is to the west of the house, with the ground between paved with bluestone rubble. It has a steeply sloping gabled roof of corrugated iron over palings, partly supported by large unshaped morticed tree trunk posts, and the walls are clad with weatherboards, which are split rather than sawn on the end walls. It now has only one room but was originally divided into two: the north room with a brick double sided chimney, a floor of thick timber boards laid almost on the ground and a timber-lined ceiling which follows the roof line up to the purlins; and the south room is more roughly finished with a brick floor, no ceiling and the split palings visible beneath the iron roof. To the south of these buildings are a fibro-clad gabled dairy shed, probably dating from the 1930s-1940s, the remains of a cow shed and two underground tanks or cisterns of an unknown date.

Fashoda is of architectural, historical and archaeological significance to the state of Victoria.

Fashoda is architecturally significant as a rare surviving example of a mid nineteenth century farmhouse with a detached kitchen. The buildings demonstrate contemporary vernacular timber construction materials and methods. Some primitive aspects of the kitchen building, including the large unshaped tree trunk posts and use of split weatherboards, suggests that it may have been built as early as c1855, and the house is likely to have been built by 1860. The vertical boarding using imported softwood on the exterior of the house is extremely rare.

Fashoda is historically significant for its association with the small farming settlements which were established from the earliest days of settlement in the Plenty Valley north of Melbourne, among the first of the Port Phillip districts to be settled. The land in this area, being close both to Melbourne and the Sydney Road, was some of the first outside Melbourne to be closely subdivided and sold, and by the 1850s had become a major food-producing area and was used for farming, particularly for dairying, up to the late twentieth century. Although the exact date of construction is uncertain Fashoda is one of the oldest remaining homesteads in the area, and demonstrates the way of life in these farming communities during the nineteenth century and much of the twentieth century. The detached kitchen is historically significant as a rare surviving example of its kind. Detached kitchens were common in nineteenth century houses as a means of minimising the risk of fire, keeping the house cool, and in houses where servants were employed were a means of separating them from the family.

Fashoda is archaeologically significant for its potential to yield further information from the excavation of the remains of the farm buildings and the rubbish pits located around the house about the way of life of its early inhabitants.